As a relative newcomer to training ranks, Annabel Neasham is the only person to have multiple runners in Australasia’s weight-for-age championship, the W.S. Cox Plate. 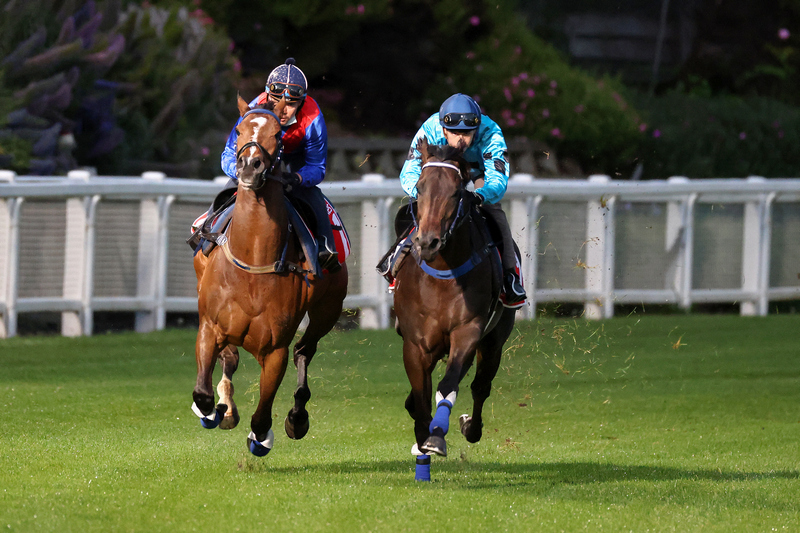 Neasham has been training for 14 months, having previously run the Sydney stable for Ciaron Maher and David Eustace, and will saddle Zaaki (GB) and Mo’Unga (NZ) in Saturday’s Group 1 W.S. Cox Plate (2040m) at The Valley. And she could not be happier with the barrier draws for Zaaki (GB), to be ridden by James McDonald, and Mo’unga (NZ), with Hugh Bowman aboard.

Neasham said she was over the moon to have McDonald and Bowman partner her two horses in Saturday’s race. Craig Williams rode Zaaki (GB) to win the Group 1 Underwood Stakes (1800m) at Sandown on September 25 and was also aboard when third in the Group 1 Might And Power (2000m) at Caulfield on October 9.

Williams switches to the Godolphin colt Anamoe, trained by James Cummings, on Saturday.

“We waited for as long as we could to see whether we could get James down there,” Neasham said. “He knows the horse well, has so much confidence in him and he’s a horse that thrives on confidence.

“Hugh knows The Valley better than anyone else and when he said he was happy to ride Mo’Unga, I thought that was a big tick for the horse’s chance. Hopefully one of them can win, I don’t mind which one, but I think they are both very good chances.”

Zaaki (GB) heads the market for Saturday’s race at $2.80 with TAB ahead of Anamoe, which drew the outside barrier 10 and is the $4 second favourite. Mo’unga (NZ) is a $17 chance and Neasham said he was the forgotten horse in Saturday’s line-up.

“I worked them together before the Winx Stakes,” Neasham said. “Mo’unga was the forgotten horse that day and came out and won, and he certainly shouldn’t be forgotten about.

“He’s a dual Group 1 winner and has never run a bad race, and I can’t wait to get him to The Valley and I think he will be hugely competitive.”