Ridden to perfection and with no lack of patience by Jim Crowley, the daughter of Invincible Spirit embodied her father’s name with a determined run, overcoming a poor draw and sweeping past the field to defeat Group 1 winner Billesdon Brook by three-quarters of a length. The victory was her fourth consecutive from five starts. She was third on debut last June at Newmarket. Wednesday’s win was her first start of the season after having capped 2019 with a six-length defeat of useful filly Salayel in Newmarket handicap company on Sept. 21.

“It wasn’t a great draw, but she broke smartly and I was struggling to find position and got shuffled back on the bend,” Crowley said. “She came from off the pace on a track that has been showing that it’s hard to come from off the pace. I would have liked to have been a bit handier, but I couldn’t do anything about it. She travelled sweetly and quickened up nicely. She’s done nothing but improve from last year and become better and better. She’s a lovely big type and hopefully she’ll improve from this. I like the way she did it. She showed a really good mind.”

The excellent day kicked off in France with Francois Rohaut-conditioned Sharib, a half-brother to French Derby third Motamarris also by Invincible Spirit, winning his second race from five starts when taking a one-mile 3-year-old conditions heat at La Teste de Buch in front-running fashion under Valentin Seguy. Next, at Kempton Park, Charlie Hills-trained Shatha, a daughter of Shadwell star Muhaarar and G1 winner Lear’s Princess, won on debut over 10 furlongs, out-willing The Queen’s Lightness by a short head at odds of 66/1.

HH Sheikha Hissa bint Hamdan bin Rashid Al Maktoum’s colours continued Shadwell Racing’s momentum with John Gosden-trained Haqeeqy, who brought light to his name, which loosely translates into “the real deal.” Winning the seven-furlong  novice going away by 2½ lengths, the son of Lope de Vega was ridden by Dane O’Neill. Said pilot would return later to break the one-mile course record with well-regarded Maydanny, a Dubawi-sired half-brother to Elarqam, who bolted off by nearly four lengths at the finish of the handicap. Trained by Mark Johnston, it was third-time-lucky for the gelding after finishing second in both his career starts last year. 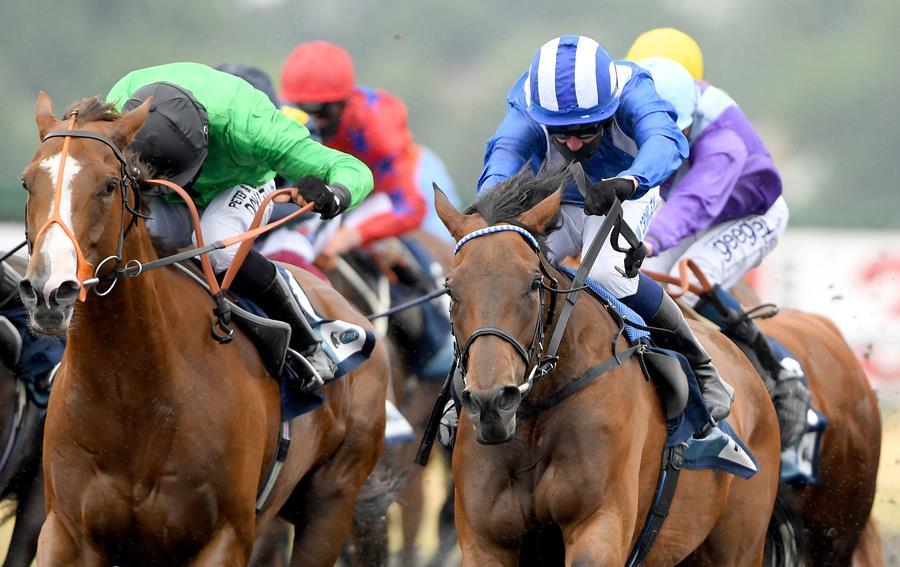 Two of South Africa’s best horses, Hawwaam (pictured) and Soqrat—both trained by Mike de Kock for HH Sheikh Hamdan bin Rashid Al Maktoum—will face off in Saturday’s Group 1 Horse Chestnut Stakes at Turffontein. The one-mile race was won last year by the latter (when contested in late March), but it is Hawwaam who is the favourite in the race. Considered by many to be the best horse in South Africa, the son of Silvano exits a third as the favourite in the Sun Met (G1) on Feb. 1.

“Both are doing really well,” De Kock said. “It’s a Group 1 and they’ve both had a nice extended spell, freshened up really well and I’m more than happy with both. Hawwaam is a horse who is brilliant and has his temperamental issues—he’s just very masculine. We will take one race at a time and I will speak to (racing manager) Angus (Gold), but he understands the program and we will make a decision together after this. There’s another Group 1 in three weeks’ time that he won last year. He’ll likely be headed for that, provided he comes out well.”

Earlier this year, before the onslaught of COVID-19, the plan was to send the multiple Group 1 winner to the UK to take on some of Europe’s best. That plan is on hold, naturally, but not completely out of the picture for the 4-year-old who carries an official rating of 120.

“Absolutely, I would like to,” De Kock continued. “We were all on line to ship to the EU and then COVID came and stopped direct shipments. That is the intention, but there is still a lot that must happen.”

Soqrat, a determined winner of this last year, has tactical speed and proven very tough to beat in the heat of battle. Rated 119, the son of Epaulette is a homebred who was a disappointing eighth in the Queen’s Plate (G1) on Jan. 11.

“Soqrat is a very good horse and very consistent, barring his last run,” De Kock explained. “He’s very tough and straight-forward. He has a good temperament and is the complete package, actually. He has no quirks and is always a danger going into any race. He’s a top horse.” 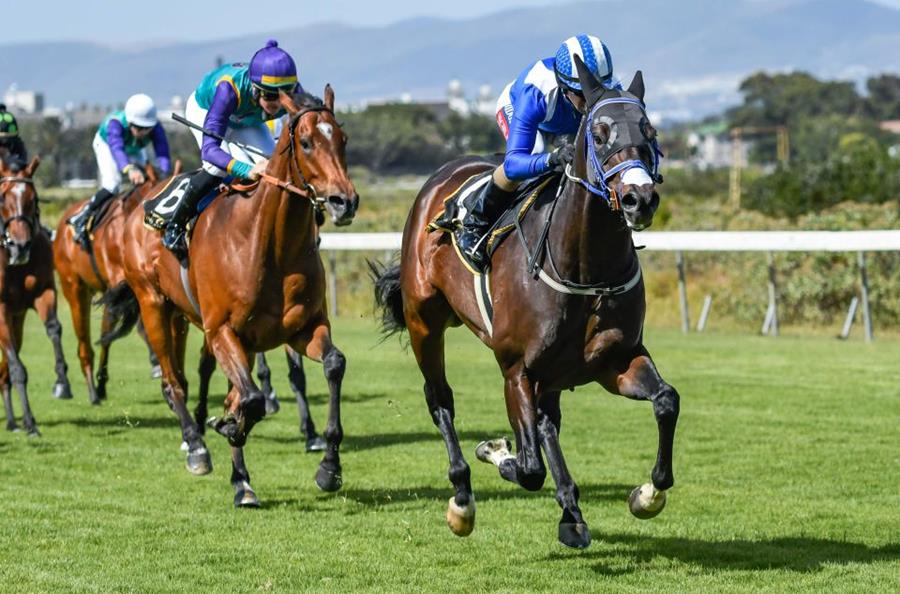 Owen Burrows-trained Dawaam will look to continue his promising career on Friday when the son of American G1 winners Kitten’s Joy and Nereid makes his third career start in the Paradise Stakes (Listed) at Newmarket. An eye-catching victor in each of his runs so far—both on the all-weather—the 4-year-old bay colt carries a rating of 96 and will be ridden by Jim Crowley, who was aboard for his debut.

“We’re very pleased with him at the moment and he’s working very well,” Burrows said. “It’s a mile Listed race to start him and I’m sure he’ll stay farther than that, but at the moment we know he’s won twice over a mile, so we don’t need to go up to 10 furlongs yet. We’re happy to start at a mile and depending on what happens, we’ll make a plan after that.”

The $450,000 Keeneland September 2017 purchase broke his maiden in November 2018 by 1¼ lengths at Lingfield, appearing one to watch, but did not return until October 2019, when he won smartly by 2¼ lengths at Wolverhampton.

“It’s a shame he’s so lightly raced,” Burrows explained. “Earlier last year, he picked up an injury around March that obviously kept him out for most of the season, but it was nice to get him back and he was impressive in what he did at Wolverhampton. He’s always shown plenty of ability at home and he’s still doing that. We’re looking forward to getting him back on the track.” 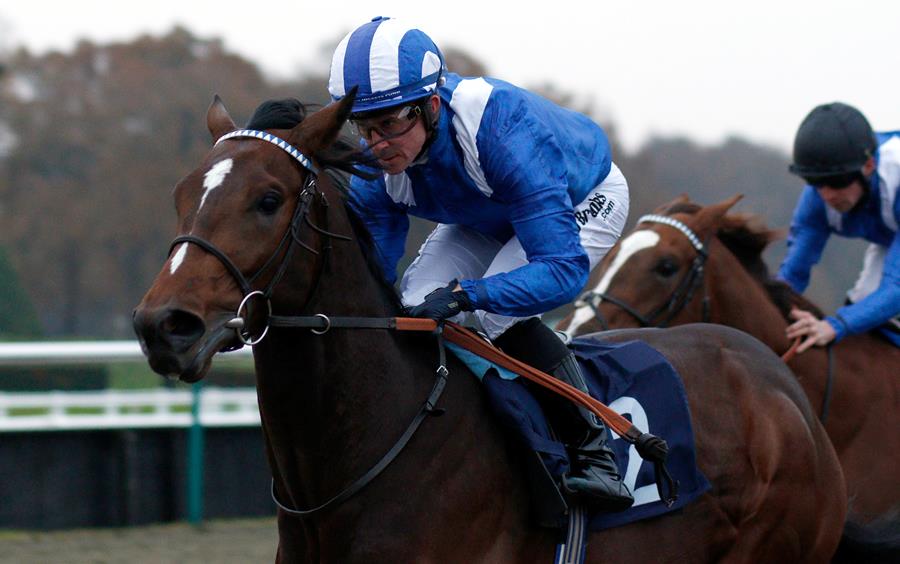