Nature Strip and James McDonald blasted back to back victories in the $2.5m, Group 1 Heineken TJ Smith Stakes (1200m) at Randwick on Saturday confirming that the Chris Waller charge is the best sprinter in the world.

Over the hill they went with Eduardo leading until McDonald applied the blow torch with 325m to run. The race was over as Nature Strip showed a turn of foot that makes him imperious in this mood and he and McDonald raced down the middle of the track to victory.

McDonald stood tall in the irons at the line, for his 51st Group 1 victory only two races after his 50th on Godolphin’s Anamo in the Sires’, and saluted the win. Masked Crusader (Toronado) and Kerrin McEvoy were second overtaking Eduardo (Host) and Avdulla with Zoutori fourth and Bivouac fifth, just over 6 1/2L from the winner. 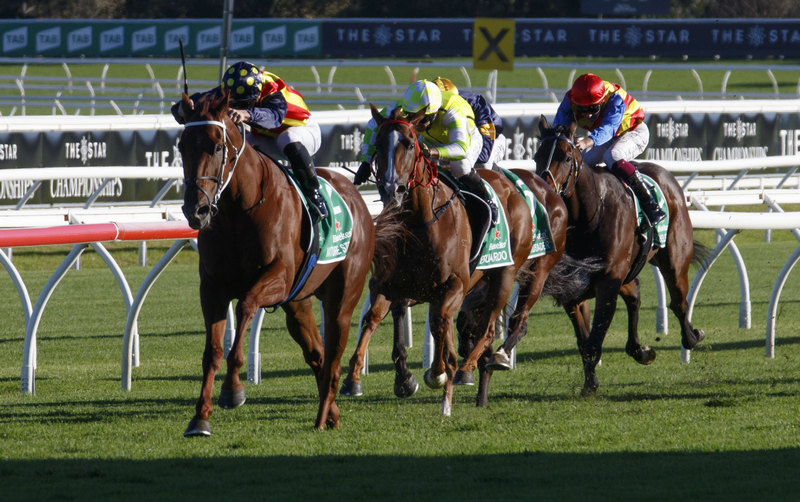 “We knew you could not go head to head and expect to win the race. I think that brought us undone in the spring. We were getting taken on and coming off second best and left a sitting duck. Anything that wants to take him on gets beat as well. We are beyond that, we wanted to be a bit more mature this preparation.

“His run in the Lightning he settled off the speed and blew them away. Last start it was a pretty good effort, he had a wide draw and had to do quite a bit of work. But today it just worked out perfectly and full credit to James and my team.

“He has been pretty good all the time. Even when he does get beaten, there have been reasons for him getting beat. As I said, he gets taken on. No horse can sustain that type of pressure when you are talking about the best sprinters in the world. 1000m is a long way. 1200m for a sprinter is a long way and it’s no different to people.

“He is a special galloper on his day. I have been saying all week, he could not have worked any better on Tuesday. He has been faultless all preparation, the team has got him going amazingly well. When I got off of him on Tuesday, I was so excited to be riding him,” said McDonald.

“He is executing so well. You get sick of all the talk during the week about how to upset him and this kind of garbage. They are not going to upset him anymore. He is pretty push button. I can safely say WBS (World’s Best Sprinter) for him,” he said.

Nature Strip, a six-year-old Nicconi gelding out of the Desert Sun mare Strikeline, opened this campaign winning the Group 1 Lightning Stakes over 1000m at Flemington on February 13th. Then he was narrowly beaten by Eduardo on the Group 2 Challenge Stakes over 1000m at Randwick on March 6th before the victorious return to the winners stall in the TJ Smith Stakes. 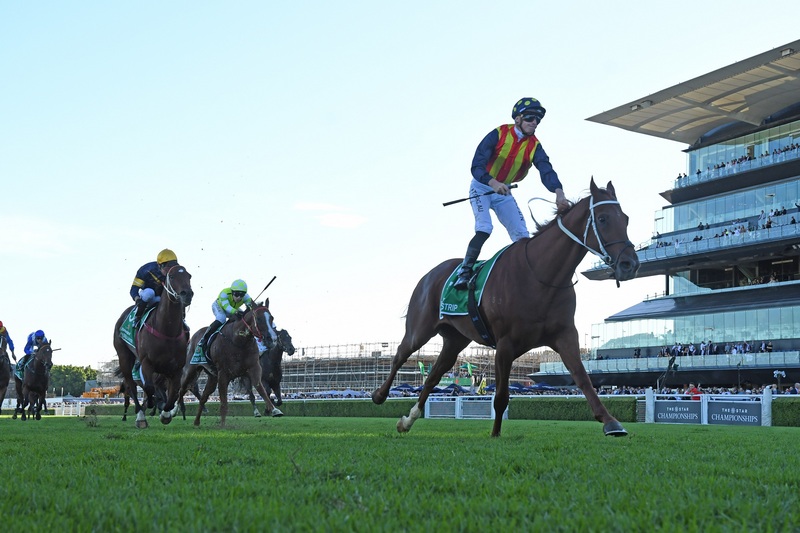 Brenton Avdulla (Eduardo): “He got control a bit easier than I thought he would. Tried hard. He’s obviously a top class sprinter but found a couple better.”

Luke Currie (Zoutori): “Good effort. Went back from the draw. He rounded it off very well.”

Kerrin McEvoy (Masked Crusader): “Ran really good. I had to duck and weave a little bit to get clear running. He finished off really well the last furlong.”

Damien Oliver (Order Of Command): “Had a nice run but they were a bit too good for him today.”

Keagan Latham (Eleven Eleven): “Overjoyed with the run. Thought he ran a great race. That was the strongest race he has been in. He needed today’s run but he’s in for a big prep.”

Tommy Berry (Libertini): “She just needs dry tracks. I thought that was dry enough for her today but it wasn’t.”

Back-to-Back for Nature Strip in a thrilling edition of the Group 1 TJ Smith Stakes! Gun ride from @mcacajamez for @cwallerracing. pic.twitter.com/nwCqvGAKI1