Back on the straight Flemington sprint course, the Chris Waller trained Nature Strip was dominant under James McDonald in the $2m, Group 1 Darley Sprint Classic (1200m) on Saturday leading from the outset and then leaving the field in a superior display of sprinting.

McDonald had Nature Strip out from barrier nine on the stand side of the field and immediately he established a leading margin over the field. Critically Santa Ana Lane and Mark Zahra settled last and quickly they were 4L from the leader who McDonald had into a smart rhythm through the middle stages hard up against the outside rail. Alizee and Hugh Bowman were back with Santa Ana Lane.

At the 500m Zahra moved Santa Ana Lane across the outside rail looking for a passage through, which was there, but Nature Strip was a long way ahead and not stopping. 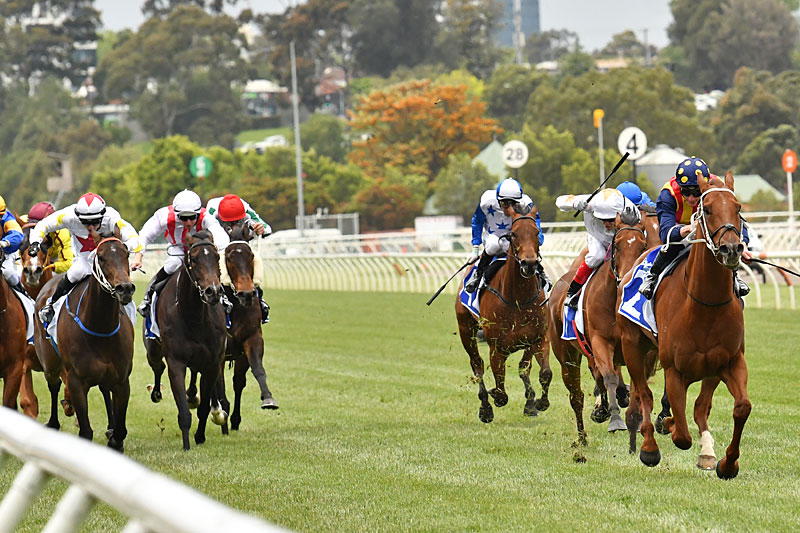 Nature Strip had 6L on Santa Ana Lane with 200m to run and McDonald had him stepping out to record 33.08 for the final 600m. Effectively that meant the race was over for the field and Nature Strip went to the line with a decisive 3 1/4L margin.

The three-year-old filly and Group 1 Manikato Stakes winner Loving Gaby (I Am Invincible) and Craig Williams were the best of the rest in second with a further 1 1/4L to In Her Time (Time Thief) and Brenton Avdulla in third.

“It is capping off a pretty good season for the horse. He has done a great job. He is a winner of three Group 1 races and that is simply as good as it gets from a sprinters perspective,” said Waller.

“Having good staff helps. Good owners who respect what you do and back your judgement. It has been an all-round product. My team do a fantastic job. If we find a problem with a horse we try to work on it. Not fix it overnight but just in time. Not that he hasn’t been happy but learn to relax in his races. Credit to all concerned and James McDonald complements the horse.

“The way he is doing that you would certainly need a fast 1400m horse to beat him. There are options there. I have been lucky enough to take the horse over and put a bit of fine tuning on him.

“I think it is his third win up the straight. I think it suits his style. Everyone is conscious of not going too hard whereas he just rolls. He is a very fast horse, one of the fastest horses in the world. When James let him a bit of rein, gee he let go,” he said.

“I reckon he will run seven furlongs now he is going that good. How exciting. I am thrilled for the horse, I amd thrilled for connections. He has just gone to a new level this preparation, he has only had one disappointment and that was first up but apart from that faultless. He is a star,” said McDonald.

“He was just airborne, floating across the ground, I slipped him a little bit more rein at the three and looked at the big screen and though oh no I am six in front, but he was still just going through his gears. He’s a star, he ran it out so strongly.

“Chris has got a great team. He’s got one rider that rides him all the time and does an amazing job. This preparation from the moment I’ve sat on him he has just been faultless. We’ve done a lot of work for him to settle. People said it backfired but he wouldn’t have done that today if it wasn’t for those little things that we were trying to teach him early on. Credit to the whole team there at Chris’s who have done a great job with him," he said. 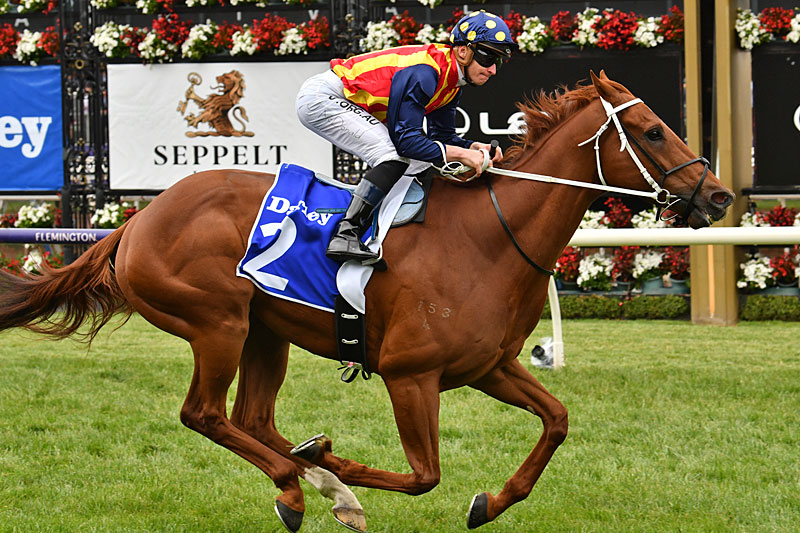 Nature Strip, a five-year-old Nicconi gelding out of the Desert Sun mare Strikeline, was winning at Group 1 level for the third time after taking The Galaxy over 1100m at Rosehill in March and the Moir Stakes over 1000m at The Valley on September 27th.

Fourth in The Everest over 1200m at Randwick on October 19th after leading at the 400m he returned to the top level in crushing fashion on Saturday.

An absolute masterclass from Nature Strip to win the Darley Sprint! #StakesDay pic.twitter.com/Io88LkSjIS