Nabraas to make his mark at Greyville

The Marshall World of Sports Gold Cup Gr3 takes centre stage at the season-ending meeting at Hollywoodbets Greyville on Saturday.

Although only a Gr3 race, with four Gr1 races on the card, the race still holds the most appeal. Down-graded from Gr1 to Gr3 it is a victim of breeders avoiding stock that suggests a stout pedigree, but they can hardly be blamed with most owners expecting quick returns on their investments and the operators pandering to this trend, scheduling fewer and fewer races over ground.

But for the purist, races over ground bring out the best in horse, trainer and jockey. Fitness and tactics make for a fascinating contest and it will all be on display with 15 of the country’s best stayers lining up at the 3200m mark.

Collateral form is at a premium so it is a tough race for punters with proven stamina probably the deciding factor.  Lightly weighted runners are generally at an advantage and although Sean Tarry’s runner Nabraas has drawn a touch wide that can be a problem going into the first turn, he won the 3000m Gold Vase well. He only has 52.5kg to shoulder and can give Champion Jockey elect, Lyle Hewitson a fitting send-off as he makes his way to ride in Japan next month.

Dean Kannemeyer knows what it takes to win this race having saddled three winners dating back to Colonial Girl in 2000, In Writing in 2012 and It’s My Turn in 2018. He saddles the outsider Favour who goes this trip for the first time but the gelding has consistent form over shorter and more importantly is 4kg better off with the well fancied Silver Host for a three-length beating when last they met.

Silver Host is a top stayer and the trip holds no fears but with no one horse standing out, weight could be his achilles heel.
Probably the most intriguing race on the card is the HKJK World Pools Champions Cup Gr1.

The result will almost certainly have a bearing on the voting for the Equus Awards. Likely candidates for Champion Middle Distance and Older Horse categories are Got The Greenlight and Do It Again with Rainbow Bridge also in the mix.

With Eric Sands opting to give the race a miss with Rainbow Bridge, and the field cutting up to just nine runners, it is still an intriguing contest. Got The Greenlight, a touch unlucky in the VDJ when caught wide early, is current ante-post favourite but given that this is a WFA contest he is now 2.5kg worse off at the weights with Do It Again who was also decidedly unlucky in the VDJ.
Both are suited to this shorter trip and it may well come down to tactics.

There are a couple of others that deserve attention. Jet Dark lowered the colours of both Rainbow Bridge and Do It Again in the Gr1 L’Ormarins Queen’s Plate so definitely has the credentials here.

Possibly against him is that both of his older rivals may have been slightly underdone for the Queen’s Plate with the Cape Met in mind and his only start in KZN was a modest effort behind Rainbow Bridge in the Gr1 Hollywoodbets Gold Challenge.

The Highveld form has not, and is seldom, seriously tested given that most KZN and Western Cape trainers tend to avoid the lucrative Highveld offerings. But there is little doubt that Paul Peter has a smart gelding in Catch Twentytwo who has twice finished runner-up to Rainbow Bridge. If that form holds water, he should be held by Do It Again but some luck in the running and a favourable pace will make him a candidate for the winner’s enclosure.

There is a lot on the line for Rio Querari when he lines up in the Gr1 Mercury Sprint WFA over 1200m.

The honour of being voted Equus Champion Sprint will either be cemented or thrown wide open, depending on Rio Querari’s performance.
Justin Snaith’s runner has come into his own this season and it is relatively rare that a Western Cape-based runner makes a splash on the Highveld. But Rio Querari ran out a comfortable winner of the Gr1 Computaform Sprint, beating the best on offer.

Prior to that he was a smashing winner of the Gr2 Diadem Stakes where came from off the pace to saunter past a high-class field. He has not raced in KZN this winter but he has had a gallop on the course, has a plum draw and must rate the horse to beat.

Stable companion Kasimir won this race two season’s back and loves this course and distance. He was back to his devastating best when coming from the clouds to collar the speedy Chantyman to win the Post Merchants over course and distance at his last start. In contrast to Rio Querari, he is drawn on the other side of the course, but given that he likes to come from off the pace, the draw may not be too much of a disadvantage. Kasimir is fairly well treated at these weights and must have a big chance.

Highveld hopes will rest mainly with smart three-year-old MK’s Pride. He started favourite for the Post Merchants but was caught late and narrowly beaten by Kasimir with Chantyman just a head ahead of him. He has also pulled a plum gate and should be running hard at the line.

Chantyman looked a winner in the Post Merchants before Kasimir arrived on the scene and a repeat showing must throw him into the mix.

Dark horse is the Mike de Kock-trained Al Sakeet. Beaten only once in five starts over 1000m, he has won his races with consummate ease. His only defeat came when tried over 1100m but that was probably an off day rather than him not being effective over the trip. He takes on the cream of the country’s sprinters over a distance that he tackles for the first time from a wide draw. He has plenty against him but he does look to be well above average and a win will not come out of turn.

Summer Pudding will hopefully bow out on a winning note when she lines up in the Gr2 Kuda Gold Bracelet, fittingly the final race of the season. She ran well below form last run in the Champions Challenge but has won over course and distance and if at her best she rates the one to beat. She’s A Keeper gets a chance to measure herself against one of the sports greats and was far from disgraced when six lengths back in the VDJ. She had exceptional form before that and Summer Pudding will need to be at her best.

A World Pool is operating for the entire meeting with bet-types Win, Place, Quinella and Quinella Place.

The World Pool is available across the globe including through SuperTab and its affiliates in Australasia, Singapore in Asia, multiple operators in the UK & Europe, and across the vast network of ADWs in North America and Africa. 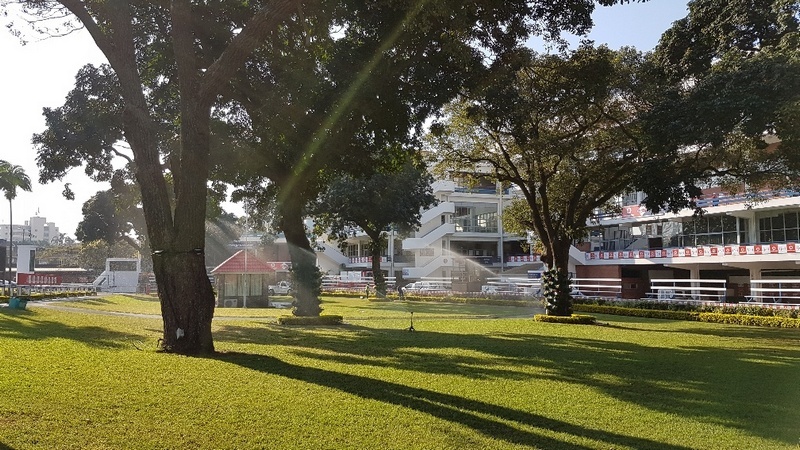