The Cox Plate is over two months away but Mystic Journey made an emphatic statement ahead of spring when winning Saturday’s Group 2 P.B. Lawrence Stakes (1400m) at Caulfield.

Mystic Journey ($2.15 favourite) appeared in the mounting yard as a mare that had plenty of improvement still to come.

Her credentials at the start of her four-year-old season were going to be tested by Godolphin’s warhorse Hartnell, winner of the Lawrence in 2017 and runner-up in last year’s renewal, who also appeared more advanced in condition.

Adam Trinder had stressed in the lead-up to the Lawrence that Mystic Journey was vulnerable on any turf surface not rated good so the soft (5) ground also posed questions.

And the way Saturday’s Lawrence was run would have made Trinder anxious. Cliff’s Edge ($9) strung the field out whilst covering the first 800 metres in 49.45 seconds with Hartnell ($4) settling third in advance of Mystic Journey in fourth under regular rider Anthony Darmanin.

Mystic Journey had to earn victory, she was there to be beaten.

But displaying the trait of many great horses that have come before her, Mystic Journey found a way to win, peeling off the back of Hartnell and reeling off her final 400 metres in 22.39 seconds to score by three-quarters of a length.

Cliff’s Edge fought on determinedly for second, with Hartnell, unable to match the instant acceleration of Mystic Journey, strong through the line for third, a further long neck away. 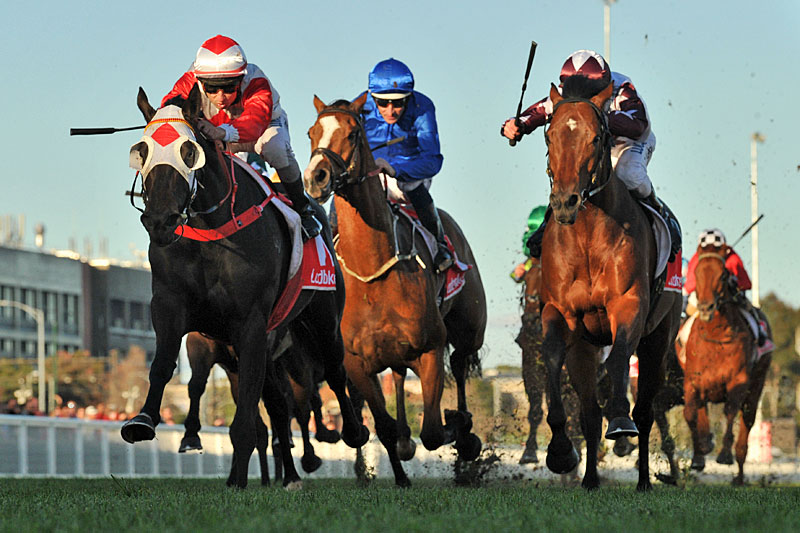 “You can be confident but its one thing to do it under raceday pressure and do it - I thought she was great there today,” Trinder said.

“She was soft, Anthony (Darmanin) wasn’t hard on her in any regard, and she still showed great will and determination. That’ll hold her in great stead moving forward this preparation.”

Mystic Journey is likely to have her next start in the G1 Makybe Diva Stakes (1600m) at Flemington on September 14, bypassing the G1 Memsie Stakes (1400m) at Caulfield on August 31.

“It’s a Group 1 race (the Memsie) and can’t be taken lightly, but we’ll do what’s right by the mare and my feel is a month between runs (for the Makybe Diva) and (give her) three runs before the Cox Plate.”

“He wasn’t as sharp as the winner obviously but I think if the winner hadn’t of closed me out then we might have got Cliff’s Edge,” Bowman said. 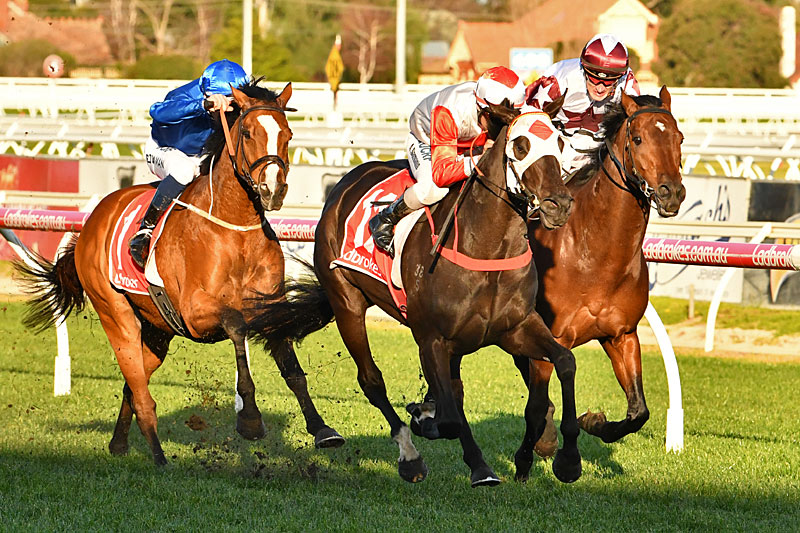 Mark Zahra - Cliff's Edge (2nd): "I said to Ciaron (Maher) that I've never been so confident coming into the home straight and still been run down. He was rolling in front and gave me a really good kick on the turn and I thought ‘they'll struggle to beat me' but sure enough the white blinkers rolled up beside me. She (Mystic Journey) is something special but he's in for a good preparation."

Hugh Bowman - Hartnell (3rd): "I was really pleased with him. It was a really good first up run. He wasn't as sharp as the winner obviously but I think if the winner hadn't of closed me out then we might have got Cliff's Edge. From a first up point of view it was really positive."

Jye McNeil - Sikandarabad (4th): "He ran fantastic. I was actually able to manoeuvre Mystic Journey out of the way to get clear galloping room at the top of the straight and I thought ‘here we go' but he still ran fantastic and he looks in for a good spring campaign."

Dwayne Dunn - Neufbosc (8th): "The further he goes the better he'll get. They were just a bit sharp for him today."

Damian Lane - Trap For Fools (9th): "He went well. He wasn't rapt with a horse being three-deep around him because he likes a bit of galloping room and he was left flat-footed on the corner but his work was good late and he's on track."

Brett Prebble - Semari (10th): "She's a very honest mare. It was obviously too sharp for her but she was strong at the end. We got into a little bit of a prat late but I was really pleased with the run."