Mr Stunning and Exultant step it up, Purton sides with Regency

Mr Stunning and Exultant trialled at Sha Tin on Tuesday and both appeared to be in fine order as they go towards December’s LONGINES Hong Kong International Races as defending champions.

Neither horse has stepped into the race-day fray yet this term: Exultant is slated for a first-up run in the G3 Sa Sa Ladies’ Purse (1800m) on 3 November, while Mr Stunning is likely to return in the G2 Jockey Club Sprint (1200m) two weeks later.

Heading in off a six-month spell due to an off-fore stress fracture, Mr Stunning had his first trial of the season in today’s final batch of four. The classy bay cruised around to finish a neck to the fore with jockey Keith Yeung holding onto two handfuls of tight reins.

“He’s coming back from a long time off and he jumped perfectly, showed good gate speed and travelled lovely just next to the leader. Frankie told me it was his first trial so not to give him too much hard work. I just took him back a little bit in the straight and he was really good.”

Yeung will not be in the plate when Mr Stunning goes to the races. Hugh Bowman is expected to partner the Lor galloper.

Zac Purton rode the gelding to third in the G2 Sprint Cup in April and was the intended rider for an aborted tilt at the G1 Chairman’s Sprint Prize later that month. He will be in opposition should Mr Stunning step out in next month’s G2 and quite possibly again when the worthy star attempts to make history as the first three-time winner of the December sprint feature.

“It’s tough because he’s such a good horse but I made that call,” the champion jockey said.

“I’m riding Regency Legend in that race. It was difficult, you’ve just got to make a decision and I hadn't been on Mr Stunning’s back so I couldn't get a feel of how he was going. He’s older now, he hasn’t had just one setback, he’s a had a couple of setbacks in the last couple of seasons and you just start to wonder, when little things keep going wrong, how much longer you’re going to have them for.”

Purton is not yet ready to confirm which horse he will ride in the big one itself with the John Moore-trained rising star Aethero another that could benefit from his skills in the December feature.

“I’ll see how the horses stack up,” he said. “We all want to see how Aethero goes - he gets in with a really light weight so let’s see how he handles the pressure against the big horses back around a corner. I’ll see how my bloke goes and then we’ll make a decision.” 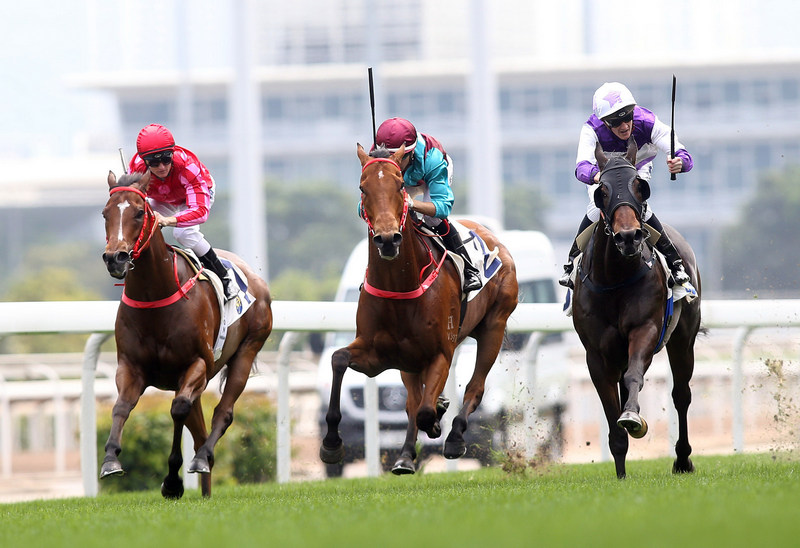 Purton will be aboard his great ally Exultant when the champion stayer steps out under top-weight in the G3 Sa Sa Ladies’ Purse Handicap 12 days from now. The five-year-old is on course for a defence of the G1 LONGINES Hong Kong Vase (2400m) which he won last year in a thrilling duel with Japan’s Lys Gracieux.

“I’m very happy with him, everything is going according to plan and he’ll go for the Vase in December,” Cruz said

Purton guided Exultant through a six-runner 1200m dirt track trial this morning, the  Teofilo gelding’s second of the term. The outstanding stayer was tapped for toe at the top of the lane but boxed on with no shortage of enthusiasm to place fifth, a length and three-quarters behind stablemate Time Warp.

“He trialled well,” Purton said. “As time has gone on he’s just become a more professional horse - he’s better in the gates, he’s better when he jumps out of the gates. Because he jumped so well, even though he was wide, I wasn’t going to drag him back, he needs to get the miles into the legs anyway.

“I was happy just to let him roll, keep a rhythm, and once again over this short distance he was outsprinted when we turned for home but he does his best work late, which is what we want and he was good through the line.”

The rider sees Exultant’s planned first assignment as being a difficult one but is confident his mount will run to form.

“He’s going well,” he said. “He’s got a long season ahead: it’s only the beginning of his campaign and he’s going to have to carry top-weight and give a lot of weight away to some nice horses down the bottom that have already had runs so it’s a hard task for him first time out but he’s honest - he’ll give me everything he can.”