After becoming entangled in an early speed dual and appearing a spent force at the top of the straight, Mr Mosaic has lifted himself off the canvas to post a sensational win in the $130,000, Guildford Leagues Bm 88 Handicap (1100m) at Rosehill on Saturday.

Mr Mosaic and rival Marway staged a fierce battle for the lead with neither apprentice Reece Jones on the eventual winner, nor Josh Parr aboard Marway conceding an inch. Co-trainer Sterling Alexiou watched on from afar, near-certain the tactics would be the undoing of both horses. 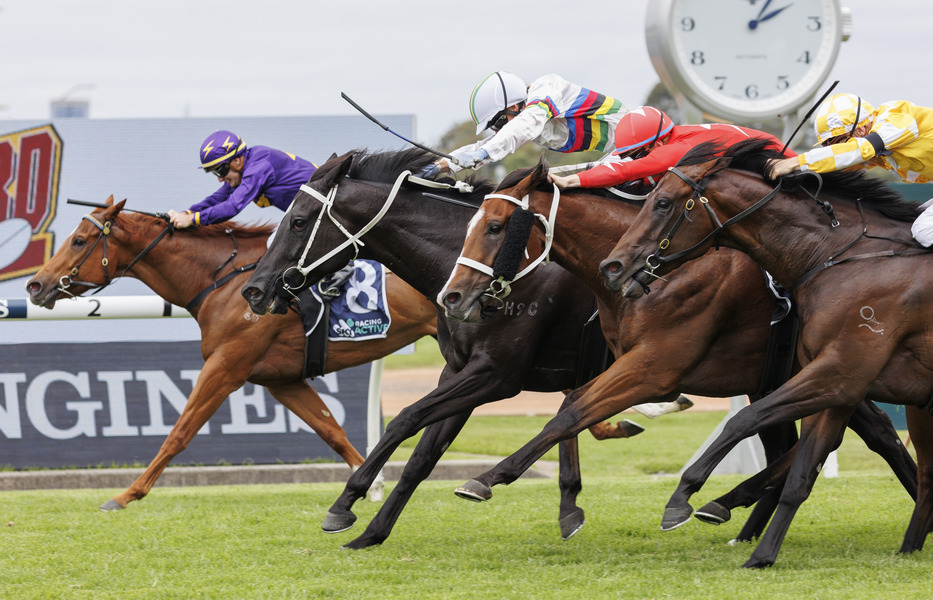 While Marway quickly dropped off, Mr Mosaic stuck to his task and against all odds, clung on to take out the race. In doing so, he maintained his unbeaten first-up record which now stands at four and Alexiou feels a gelding procedure has also made him more focused.

“Last preparation as a colt he might have thought about folding up, but he just seems a different horse this preparation,” he said. “The handicapper probably dictates where we go now but it was just good to get a Saturday win with him.”

Alexiou and co-trainer Gerald Ryan are hoping Mr Mosaic, a five-year-old by Rubick, can continue to progress through the grades and work his way into stakes company. “Potentially. For him to absorb that much pressure and then kick late, 1200 is probably an option now too,” Alexiou said.

Mr Mosaic continued an epic few weeks for the stable. Since November 14, Ryan and Alexiou have saddled up 25 runners for 12 winners at a strike rate of 48 per cent.

Mr Mosaic ($3.40 fav) scored by a half-head from third-past-the-post Tycoonist ($4.20), who was promoted to second on protest with Liberty Sun ($8) relegated to third. Marway dropped out to finish last.

Parr was interviewed by stewards regarding the hectic tempo and said Marway had a mind of his own and would not come back underneath him. “It was too fast. I know Reece won the race but how, I don’t know,” Parr said.