Cult horse Mr Brightside (NZ) is back in the Ben & JD Hayes stable and set to kick off his Spring campaign in the coming weeks.

Mr Brightside’s consistency at a high level paid dividends at the end of last preparation, winning the Group 1 Doncaster Mile (1600m) over I’m Thunderstruck (NZ), and he’s got eyes on the Spring. JD Hayes recently welcomed their stable star back and was thrilled with his condition.

“He’s come back beautiful. He’s just about to have his first gallop for the prep and we’ve got the PB Lawrence in mind first up,” Hayes said.

The Group 2 P.B. Lawrence Stakes (1400m) is on August 14th, with the stable not quite decided on a grand final.

“We’re going to go P.B. Lawrence, Feehan (Group 2, 1600m, 4th September) and then reassess from there…we’re split between the Caulfield Cup and the Cox Plate, so either or, but he’ll tell us how he’s going,” Hayes said. 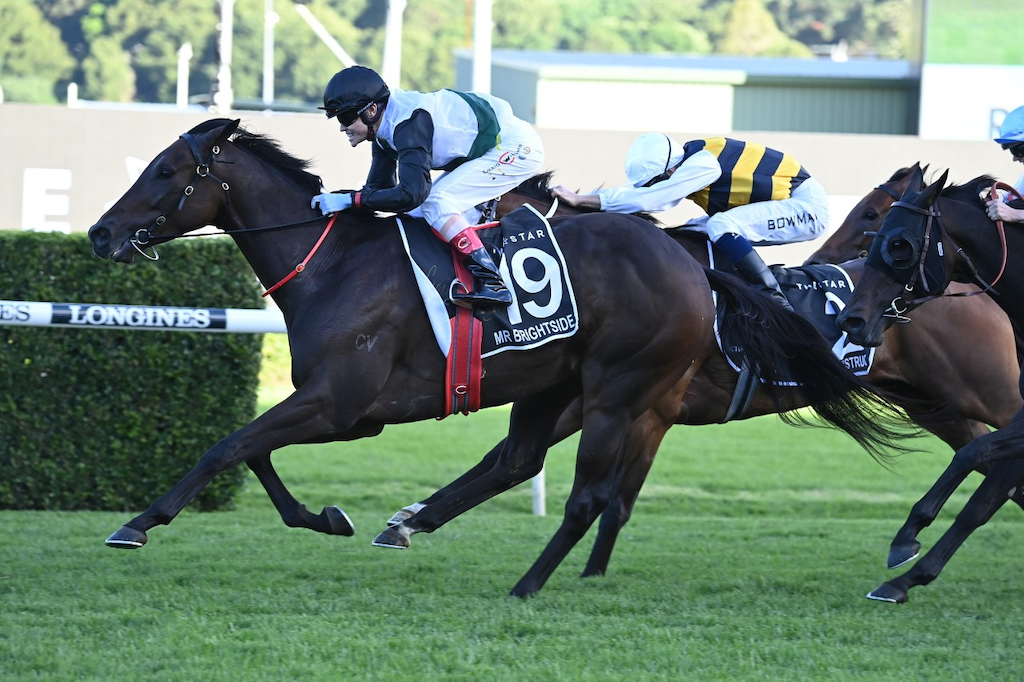 Despite never having raced past a mile, Hayes is confident he’ll run the 2400m of a Caulfield Cup, if they decide to head that way.

“I really do (think he’ll stay), just because of the way that he settles so well in the run, and he’s got a beautiful turn of foot. You never know until you put him over the distance, but my gut feeling is he will,” Hayes said.

Ben & JD’s Autumn find was Gentleman Roy and like Mr Brightside (NZ), he’s gone through the grades impressively, winning five from seven for the stable, including the $200,000 ‘Lexus Mugatoo’ (1600m) on All Star Mile day and his preparation is starting to ramp up as well.

“He’s a very progressive horse, he’s up to even time (in his gallops), he’s really spelled nicely, they’ve got a terrific farm up there and he’s put on a good amount of weight,” Hayes said.

Gentleman Roy is a bit behind his stablemate Mr Brightside (NZ) and likely to resume in late August and whilst no targets have been set, JD said the Group 1 Toorak Handicap (1600m) is ‘possible, although it might come up a bit quick.”