Trainer John Sadler is hopeful Mozzie Monster can take the required rise in class by becoming a black type winner at only her third race start.

A maiden victory at Cranbourne was followed by a benchmark 64 grade win at Bendigo and now Mozzie Monster heads to the $140,000 Listed Jim Moloney Stakes (1400m) at Caulfield on Saturday.

Victory in Saturday’s race could see the three-year-old daughter of Sebring elevated to the top of betting with TAB for the $1 million Group 1 Thousand Guineas (1600m) at Caulfield on October 10.

Mozzie Monster is the $3 favourite for Saturday’s race and sits on the second line at $8 with Night Raid for the Thousand Guineas in which Instant Celebrity is the $6 top pick.

Sadler is confident Mozzie Monster can win on Saturday, although the rise to Group 1 company three weeks later remains another question.

“She comes up against a nice field on Saturday but hopefully she can win and become a black type filly and then have a crack at the Thousand Guineas,” Sadler told RSN927.

“She’s really trained on so well but as far as being up to Group 1 company, I suppose we’ll be able to answer that question after Saturday.

“If she can put these away and make it three in a row, she is going to go into it as one of the better chances in the Thousand Guineas.” 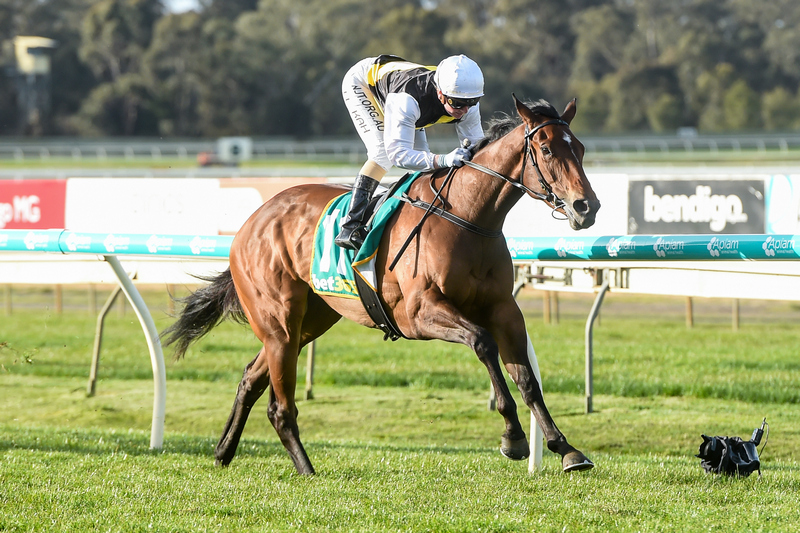 Having won over 1200m and 1300m respectively, Sadler sees Saturday’s 1400m, and then the 1600m of the Thousand Guineas, as being within the filly’s scope.

Sadler said Mozzie Monster has a lot of characteristics that you like to see in a racehorse.

“She can come off the bit quite early in a race and worry you a bit, but she’s one to not waste any energy at all.

“I’m confident she’ll run a mile but I couldn’t say whether she would run any further than that.

“She was very strong through the line at Bendigo over the 1300 (metres) so the 1400 looks very suitable and perhaps even the mile.”

Ben Melham takes over on Mozzie Monster on Saturday after Jamie Kah rode the filly in her first two starts.

Kah is currently sidelined through suspension.