Trainer Mike Moroney is ruing some bad luck that cost him having another runner in the $5 million Group 1 Caulfield Cup (2400m) on October 17.

The Moroney stable already has Aktau safely in the field courtesy of his Mornington Cup (2400m) win earlier in the year.

Chapada failed by three-quarters-of-a-length at Caulfield on Saturday when second to Orderofthegarter in the MRC Foundation Cup (2000m).

The win of Orderofthegarter afforded the Danny O’Brien-trained galloper a ballot exemption into the Caulfield Cup.

Weighted on 50kg, Orderofthegarter is eligible for a rehandicap for Saturday’s win, but with his weight outside the range of champion jockey Damien Oliver, connections have opted for Jye McNeil in the Caulfield Cup. 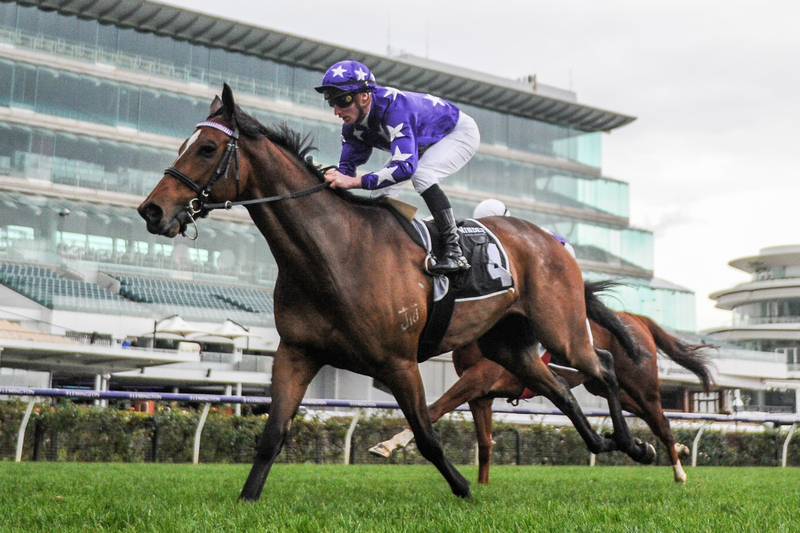 Moroney said if jockey Daniel Stackhouse had got out and moving a little earlier on Chapada, the result on Saturday may have been different.

“He was ridden a bit quietly and he had one come around him and was in a pocket for a while,” Moroney said.

“If he had got out a bit earlier it might have made a difference.

“He’s made up a lot of ground on the winner so it was a really good run. (It’s) just disappointing that he didn’t win his way into the Caulfield Cup.”

Moroney said the next likely step for Chapada was either the Group 3 Bart Cummings (2500m) at Flemington on October 3 or the Group 2 Herbert Power Stakes (2400m) at Caulfield the following week.

Victory in the Bart Cummings gives the winner a ballot exemption into the $8 million Group 1 Melbourne Cup (3200m) at Flemington on November 3.

On the other-hand, success in the Herbert Power lands the winner a Caulfield Cup start.

Moroney said Chapada appears up to Caulfield Cup company taking a line through in form stayer Lord Belvedere while he was disappointed to learn of the number of high class internationals that will be arriving for the Spring Carnival.

“Oh well, that’s the way it is, it hasn’t been much different for a while,” Moroney said.

“We thought it might’ve been a quieter year, but by the look of it is quite a strong year.”

Chapada firmed from $301 to $101 with TAB for both the Caulfield and Melbourne Cups followings Saturday’s second placing.