Keeneland is the ultimate destination for Wesley Ward's unbeaten Queen Mary and Prix Morny heroine Campanelle, who has returned to her home course in Kentucky rather than challenge for further European glory in the Cheveley Park Stakes at Newmarket. 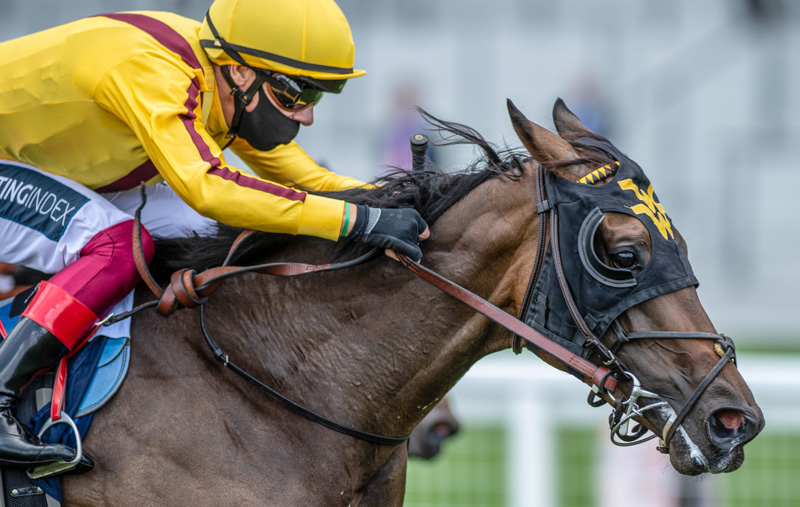 Having landed her trainer Wesley Ward's fourth success in the Queen Mary at Royal Ascot, Campanelle went on to show class and determination in winning a first Group 1 at Deauville last month.

That performance convinced Ward that the daughter of Kodiac could stretch out to a mile and she is now being prepared for the Breeders' Cup Juvenile Fillies' Turf on November 6.

Ward said: "She's back with me and she'll have her first bit of work on Saturday on the grass at Keeneland. We took her out of the Cheveley Park. She's right where the Breeders' Cup is being run and she can go straight from her stall to the paddock.

"She's doing great and travelled back well. We're training straight into the race."

Ward has yet to win the Juvenile Fillies' Turf, but he did capture the colts' race at the 2014 Breeders' Cup with Hootenanny, whose previous start was a narrow defeat to The Wow Signal in the Morny.

Safe Voyage also Breeders' Cup-bound, via Longchamp
While the headlines across Irish Champions Weekend may have been dominated by the O'Brien family, Malton-based John Quinn can reflect on a highly successful raid on his native land's biggest Flat meeting.

Safe Voyage kicked off proceedings when battling back in thrilling fashion to deny Sinawann in the Group 2 Boomerang Mile at Leopardstown on Saturday.

Keep Busy put up a huge performance in the Group 1 Flying Five Stakes at the Curragh, only going down by half a length to Glass Slippers, while in the same race fellow three-year-old filly Liberty Beach failed to get the rub of the green but was not far behind her stablemate at the line in seventh.

"Safe Voyage ran out of his skin again, he ran a great race and so I was delighted with him," said Quinn. "And both fillies ran well in the Group 1. Keep Busy ran her career best and just got touched off. Liberty Beach ran well and was only beaten three lengths. She didn't get great luck in running and she'd have been closer if she'd got the gaps, but that's racing."

Safe Voyage was third in the QEII Stakes on Qipco British Champions Day last October but, having shown plenty of pace both at Leopardstown and in his previous start – a three-and-a-half-length defeat of One Master in the Group 2 City of York Stakes over seven furlongs – Quinn is favouring a trip to Longchamp for the Prix de la Foret on Arc day before heading to Keeneland to attack the two turns of the Breeders' Cup Mile.

"Safe Voyage might run in the Foret before going to the Breeders' Cup. The two fillies will run in the Abbaye a fortnight on Sunday all being well."