Moreira maintains his lead with another race double

Joe Moreira maintained his lead in the jockeys’ premiership by completing a race-to-race double in the Class 3 Tai Yau Handicap (1650m) on John Size-trained Wealthy Delight at Happy Valley on Wednesday night. 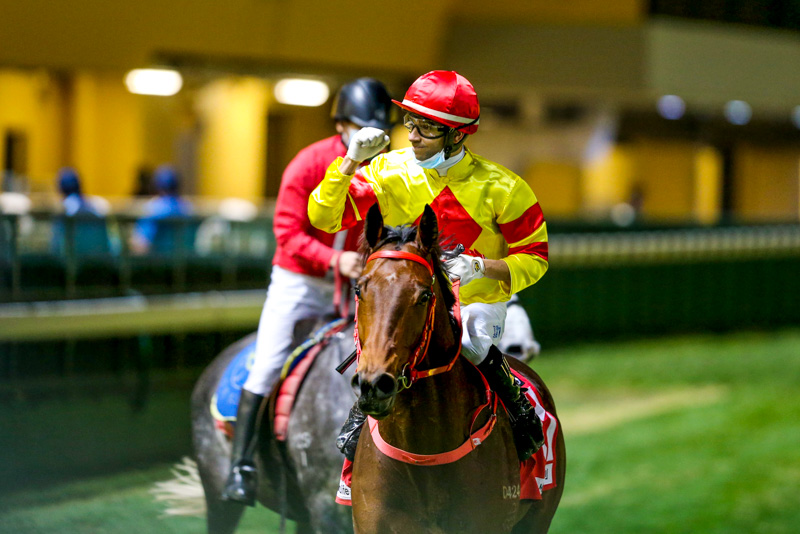 Moreira now has 72 wins for the season, 21 more than Purton, who passed the seasonal 50-win milestone by successfully combining with David Hall-trained Oversubscribed in the Class 5 Ng Fong Handicap (1000m).

Moreira’s Brazilian compatriot Vagner Borges boosted his haul for the term to 15 after combining with Size to land the second section of the Class 3 Sheung Hei Handicap (1200m) with Scores Of Fun – the trainer’s fifth winner from 10 runners in a searing stable streak.

Caspar Fownes isolated Neil Callan’s ride as a decisive factor in Fast Pace’s victory in the Class 4 Sze Mei Handicap (1650m), the Savabeel gelding’s second win over the trip at the city circuit.

“The horse has been racing very consistently. Hopefully they will leave him in the class because I thought he was a bit hard done getting two points for running third the other day.

“Hopefully they’ll leave him with a five-point penalty and be left with at 60 where Neil can ride him. He’s a bit of tough horse so he needs someone strong on him.

“Having said that, he’s starting to get there mentally and starting to know his trade a lot better the last few times.”

Fownes, who leads the trainers’ premiership by seven, was especially pleased for owner Fong Chi Keung.

“We bought the horse from the International Sale and he did a tendon pretty much straight away, early in his career and he was out for a long time,” Fownes said.

“So, for the owners to be patient and get that result - it’s wonderful.”