Moreira keeps the faith into the LONGINES HKIR

The Brazilian ace enjoyed a purple patch with a pair of wins in 2014 atop the John Moore stable legends Able Friend and Designs On Rome; that continued thanks to Peniaphobia’s Sprint victory in 2015 but he has drawn a blank on Hong Kong’s big day since Satono Crown’s thrilling late overhaul of Highland Reel in the 2016 Vase.

Beat The Clock is a horse to whom he has remained faithful despite the allure of some exciting ascendant rivals.

“It was a difficult decision because of the ability of the other horses around him that I might have had an opportunity to ride, particularly Aethero,” the rider admitted.

Moreira partnered the hottest young gun in town for a win two starts back but sided with Beat The Clock three weeks ago when the former defeated the latter in the G2 Jockey Club Sprint (1200m).

“How can you let down a horse that has been so consistent for you? I could not do that,” Moreira said of the six-year-old, who earned Champion Sprinter honours last term having carried the rider to two G1 wins. 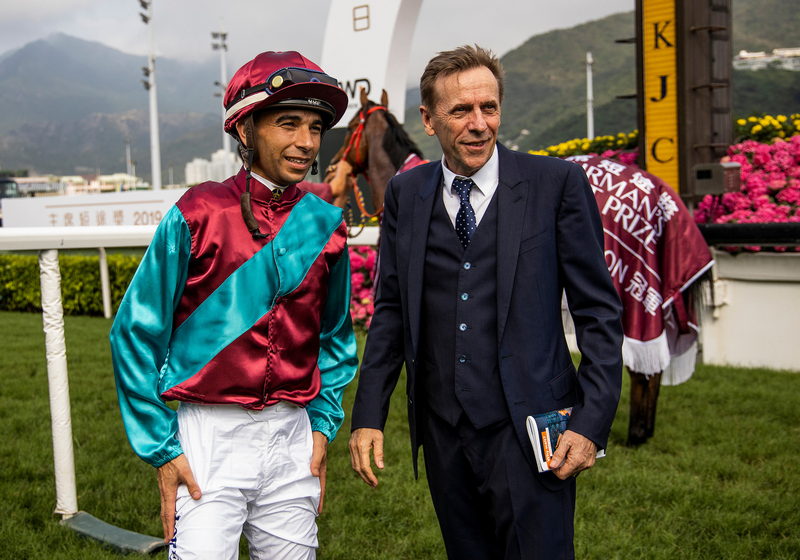 Those were standout successes for Moreira in a campaign which he himself has said was one of “redemption” following his return from a short-lived move to Japan: he arrived back at Sha Tin this time last year as stable rider to Beat The Clock’s handler, John Size.

Moreira has the utmost respect for the 11-time champion trainer and that in turn has boosted his faith in Beat The Clock being able to add to his collection of majors.

“I think there is more in him, I honestly do,” he said, with his mount having had just the one race this season following a seventh-month spell.

“I honestly would wish for him to have had one more run under his belt this season but John Size has done the best he could to put him where he is at the moment. We’re going to the race knowing he’s very consistent and as good as any other horse in the race. If he’s able to produce his best, he’s a winning chance.”

And while acknowledging it is “probably the toughest race he’s ever run in”, the three-time Hong Kong champion jockey believes the Irish import has more to offer.

“When I got on him in the parade ring last time, I already got the feeling that he was a different horse compared to his first race this season and the performance he put on proves that,” he said.

“I think he’s got everything to go and take another step of improvement – he’s had two races and a barrier trial and that’s all he needs to come up and show his best, and if he can produce the form he’s shown in his last two starts I’ve got no doubt he’s going to be hard to beat.”

Moreira has looked to his Japanese connections to pick up an interesting ride in the LONGINES Hong Kong Vase.

Glory Vase has raced only three times this year, starting with a 2400m G2 win back in January. He followed that with second place in the G1 Tenno Sho Spring (3200m) and, after more than five months, stepped out in October to run sixth in the G2 Kyoto Daishoten (2400m).

“I see him as one of those horses that has a chance, even though on paper he doesn’t seem one of the highlight horses. I galloped him yesterday and taking into how he moved, how he pulled up after the gallop, I like everything about this horse,” Moreira said.

“I hope I’m not wrong about him – I actually like the form he has going in, you can forget his last run because he was exposed three or four wide without cover and travelling a bit too strongly. But if you look at his form prior to that, he actually has good form. He’s won a Group 2 and he’s been placed in a Group 1 and that’s what you need to come here and be competitive.

“I’ve got plenty to look forward to at the weekend,” he added.