Waikuku is the slick young upstart to Beauty Generation’s brilliant but seemingly subsiding champion and a victory for the former in Sunday’s (19 January) G1 Stewards’ Cup (1600m) could confirm a new era for Hong Kong racing.

Joao Moreira believes that possibility will likely be the new reality.

“Form-wise, Waikuku is probably at the top of the board,” the rider said at Sha Tin this morning (Friday, 17 January).

“Beauty Generation, for the last two seasons, has been the best horse in town and he deserves that reputation for what he’s done and we’ve still got to show him some respect. But I’m happy to stick with my bloke!”

Moreira’s confidence has substance. Waikuku has finished ahead of the once indomitable two-time Horse of the Year in each of his last three races, including when winning the G2 Jockey Club Mile and again when second to Japan’s Admire Mars in last month’s G1 LONGINES Hong Kong Mile – Beauty Generation was third both times.

Add to that a purring barrier trial over 1200m on the dirt track seven days ago and the foundation of Moreira’s faith is clear to see.

“I would say his trials have been the best he’s ever shown at track work,” the Brazilian ace declared.

“The trial was eye-catching because he didn’t show a lot of gate speed and at the beginning of the trial it didn't look like he was going to trial that well, but then he started to build and build, and turning for home he came through to show his class. It was extremely good, I think.” 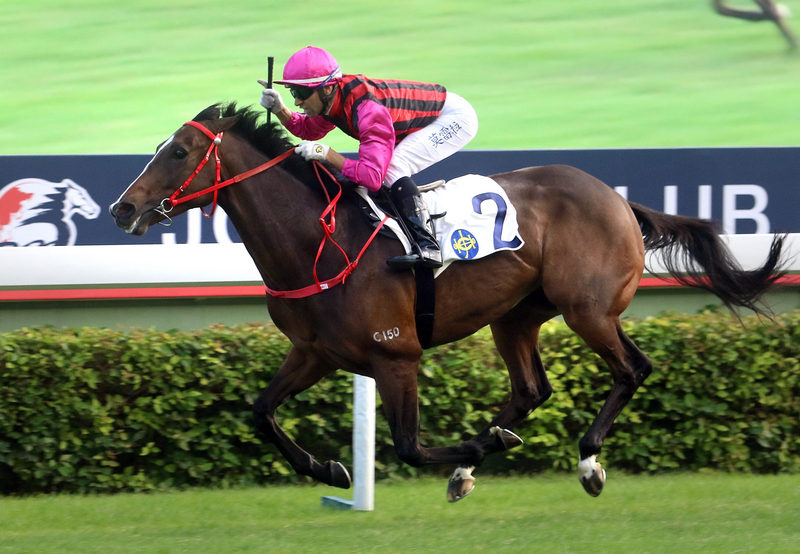 Moreira was also impressed with the John Size-trained five-year-old’s run in defeat behind Admire Mars in December.

“It was quite a shame that he wasn’t able to win that race but he was a bit unlucky and that might have cost him the race. In different circumstances, I’m quite confident he would have won the race,” he said.

The manner of Waikuku’s performances to date have positioned him close to the pinnacle and Moreira believes he might even have what it takes to kick on and emerge as a contender for outright championship honours.

“I think he does, I think his form shows that – he’s picking up,” he said.

But before ‘champion’ appellations can be thrown around – never mind pinned on – the son of Harbour Watch must take the next step and translate his abundant promise into a Group 1 victory.

“He deserves a Group 1,” Moreira said. “He’s done enough to have that reputation and I really believe it’s just a matter of time and it’s likely to be this time. If it’s not, I have no doubt that he’s going to win a Group 1 because he seems to be classy enough to be winning those types of races.”

This time last year, Beauty Generation was at the peak of his powers and demolished his rivals to win the Stewards’ Cup en route to compiling a 10-race win streak; Waikuku, on the other hand, had won one of only two starts in Hong Kong but was about to ascend the ratings rapidly with four straight wins and an unlucky runner-up finish in the BMW Hong Kong Derby (2000m).

“The gate didn't help us out (in the Derby), we had to take him back and ride him for luck and he dashed home to run a good second,” Moreira recalled.

“I was happy with that. Unfortunately he didn’t win that but there might be some other Group 1 races he might be winning.”

With only six rivals and the biggest of those “diminished”, to quote Beauty Generation’s trainer, John Moore, Sunday certainly seems to offer Waikuku a good opportunity to make that Group 1 breakthrough.

“He’s a sound horse and a happy horse, he should have come on from his last race and his trial indicates that he has,” Moreira added.

Also on the 10-race card is the G1 Centenary Sprint Cup (1200m), in which champion sprinter Beat The Clock will attempt to achieve back-to-back wins.