Mizzy takes full advantage of her opportunity to land the Sheraco

A purple patch of form enjoyed by the Anthony Cummings stable continued at Rosehill Gardens in Sydney this afternoon when Mizzy (by Zoustar) made all of the running to the land the prestigious $200,000, Group 2, Schweppes Sheraco Stakes (1200m).

One of a string of good winners for Cummings in recent weeks when claiming the Group 3 Toy Show Quality late last month when first-up from a spell, Mizzy benefitted greatly from a moderately run first half of the contest to score by a long head from Fasika (by So You Think).

Champagne Cuddles (by Not a Single Doubt) finished a close-up third, a head in arrears of the runner-up.

In what essentially turned out to be a sprint home, the sectional times very much illustrate the manner in which the contest was run.

As a consequence, the initial stages of the race played right in to the hands of the leader and gave those runners ridden back in the field very little chance of winning.

Fresh from a winning double at Randwick by virtue of Baller and Libertini seven days beforehand, Cummings explained that it wasn’t his team’s plans to lead but that circumstances very much turned out to be in their favour.

“Fasika was slow out and gave an opportunity we hadn’t expected, but the plan was to be quick out and follow that horse over,” stated Cummings. “When she wasn’t there it just made life very simple.

“She [Mizzy] got over, got an easy lead, and today that’s been vital for all the winners.”

Cummings added: “She’s done a fantastic job; great to see her turn up here today in good shape, have great fight to the line and get the result… I’m really pleased to see her win, and there are certainly more wins and better wins for her.” 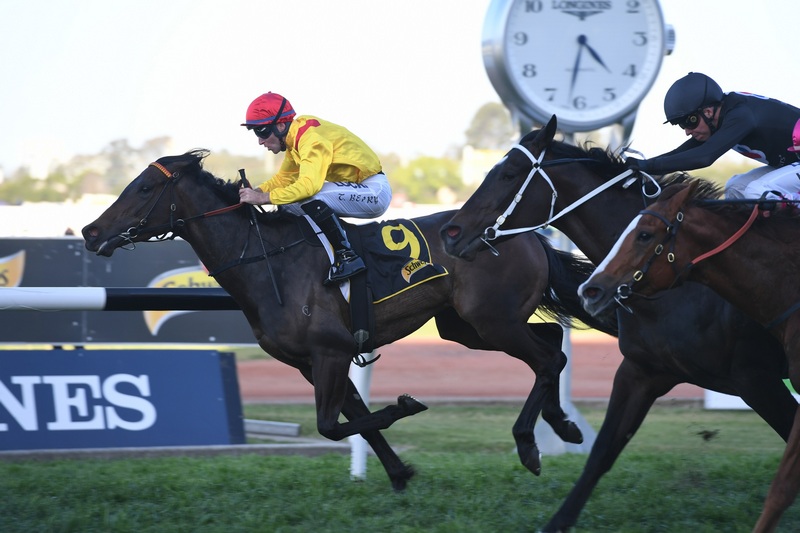 Winning jockey Tommy Berry was full of praise for the first-crop 4-year-old daughter of Zoustar and quick to make reference to the tell-tale sectional times.

“She took luck out of the equation pretty much two strides after the start. When she jumped so well I took her to the front — you don’t get sectionals like that very often. It’s gold.”
Berry added: “She kicked really well on the bend and was very tough late, so she deserves this.

“She’s been in great form this preparation. She’s come back better. She’s [gone close in] Group 1s a couple of times. It would be nice to crack it this year.”

Mizzy has now won three of her 15 career starts and $447,930 in prizemoney, having also placed on another five occasions in addition to running consecutive fourths in the Surround Stakes and Coolmore Classic at Group 1 level.

Raced by Anthony Cummings Thoroughbreds Pty Ltd, Dorrington Farm, Mr B Elleman, Mr A R McAnulty, Jw Rpm and Pjm Kelly, Mizzy was returned at a starting price of $5.00, with the runner-up Fasika being returned as the $3.40 favourite and the minor placegetter Champagne Cuddles at $4.00.

Mizzy's winning time of 1m09.92s was over a second slower than the 1m08.72s clocked by Bivouac to win the Run To The Rose over the same course and distance earlier in the day.

Glen Boss (I Am Excited): “She is going good. It was just a shame the track is riding the way it is along with the draw she had. Hopefully she has better luck next time.”

Brenton Avdulla (Champagne Cuddles): “She ran good. She had a lovely run in behind the speed. She went good.”

Adam Hyeronimus (Alassio): “She probably just needed the run so that should top her off nicely.”

James McDonald (Noire): “She has gone super. Obviously she can’t run any faster than what they did sprinting home. She would have finished just as good as the winner I would have thought.”

Josh Parr (Pretty In Pink): “Nice performance. It was an incredibly slowly run 1200m race. It was mathematically impossible to win from where she was.”

Jay Ford (Dyslexic): “She should have won. She got a nice spot trailing the speed but nothing moved and no gaps opened. She was a hard luck story.”

Sam Clipperton (Ready To Prophet): “Disappointing. I think the track might have been a touch firm for her. Look for her to bounce back.”

Kerrin McEvoy (Fasika): “It was a really good run. She ran a huge race without having a heap of luck.”