John Gosden's enviable squadron for the Oaks was given a further boost on Friday when Miss Yoda charged home to give her trainer a third Betsafe-sponsored Lingfield Oaks Trial win in four years. 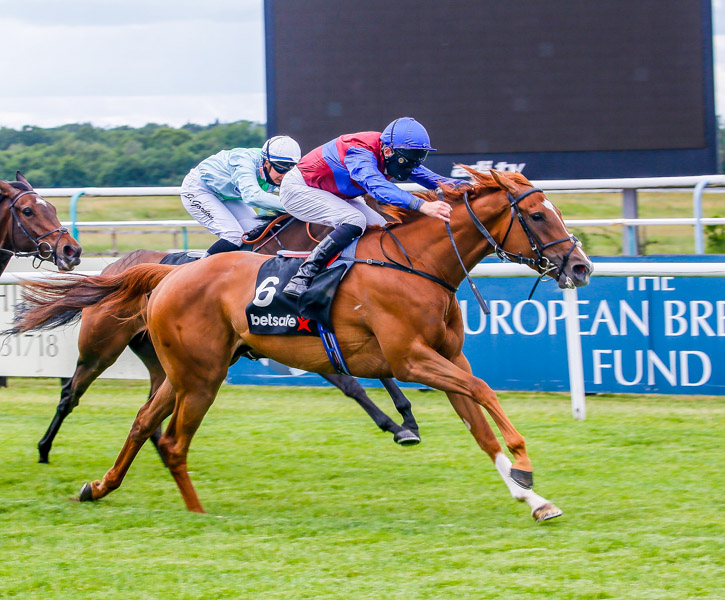 The daughter of Sea The Stars, sent off at evens, was held in midfield by Robert Havlin as the race fell in favour of the market outsiders. First Golden Lips burst to the front, then Sly Minx loomed as the leading danger before La Dragontea, ninth on her only start, burst from the rear to join in the action.

But this race was about staying power and Miss Yoda appears to have that in abundance as she quickly put the race to bed when finishing powerfully in the final furlong. She defeated Golden Lips, who ran a fine race in second, and the staying-on West End Girl.

The Ribblesdale Stakes at Royal Ascot is the likely next target for Miss Yoda and a bid for the Oaks is still on the cards. Bookmakers make her a general 20-1 chance to emulate last season's Lingfield Oaks Trial winner Anapurna by capturing the fillies' Classic on July 4.

Thady Gosden, son of the winning trainer, said: "She ran very well. The ground is quite quick today and she was stepping up to a mile and a half for the first time. We were really pleased with how she quickened up the straight. She handled the track very well – which can be tricky – and picked off the second well.

"We'll have a word with the owner and see what he'd like to do. But we've got options like the Ribblesdale and the Oaks. It's interesting and we'll see how she is after the race. It's quite quick back to the Ribblesdale, so we'll have to see."