Millard roars back from typhoon break to snare a three-timer

Adaptability was the watchword after trainer Tony Millard saddled a three-timer at Sha Tin on Saturday.

The South African finished 11th in the trainers’ premiership last term with 34 wins, but, with five on the board at close of play on Saturday, found himself at the top of the current stack alongside fellow sharp starters Tony Cruz and Jimmy Ting.

“This year I’ve got more horses to train than last year. We’ve now got just about a full string and we’ve got a lot of nice horses,” Millard said after Elusive State, Harbour Alert and Gorgeous King had saluted.

The man who guided the career of Hong Kong champion Ambitious Dragon found his numbers depleted last term and that led to a temporary alteration to his approach.

“I had to change the way that I trained last season and now I’m changing back again,” he said. “You’ve got to have an open mind, look at what you’ve got, and see how you can utilise those horses.

“Michael Freedman came in as a new trainer and I lost some horses, and those that I lost – the old fellas – are the types of horses I’m training again now. That meant that last season we had to be very precise in pinpointing the different races to win but that’s unsustainable here – you have to race them. But that’s how it goes; you have to adapt and that’s what we’ve done.”

Elusive State sparked the Millard treble. The bay was slated to line up in a dirt contest on the Typhoon Mangkhut abandoned card last Sunday; switched to turf today, the five-year-old earned tidy compensation in the Class 4 Los Angeles Handicap (1400m).

“We all had a bit of a hiccup last weekend with the typhoon so it’s nice to pull back with a few winners,” Millard said.

“We didn't get the run on the dirt last weekend but I wasn’t particularly worried about that, I was just worried about the draw (12) today,” he said after Chad Schofield had driven the former Derek Cruz-trained galloper to a 17/1 victory. 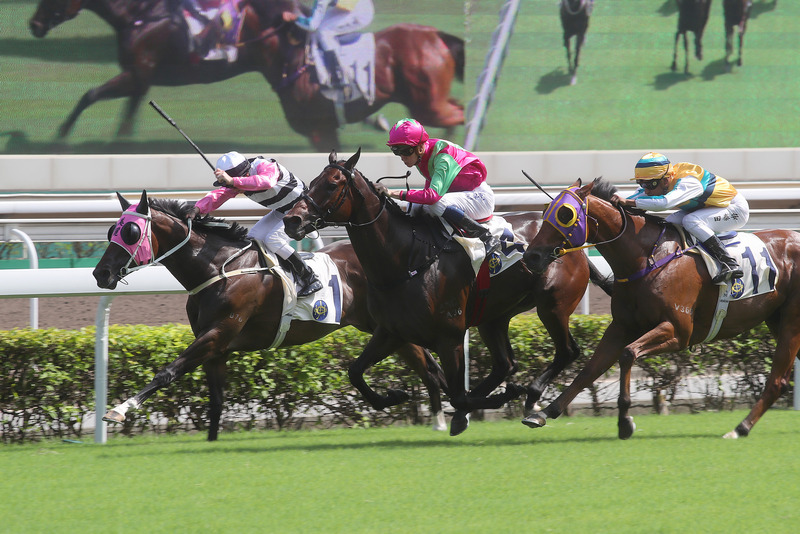 Harbour Alert, too, arrived as a stable transfer during the off-season.

“It gives you hope that you’re doing something right when you win with these horses,” Millard commented.

Apprentice Victor Wong reduced Harbour Alert’s burden by 10lb in the Class 3 New York Handicap (1200m) on the dirt. The 9.7 shot was notching his second Hong Kong win at start 33.

“Harbour Alert had a few problems, which we’ve taken time to straighten out, but he’s got a lot of speed; he’s an old horse and he really liked the 10 pounds off,” Millard said.

Another stable transfer took the last, the Class 2 Washington D.C. Handicap (1400m), as Regency Bo Bo made his first start for Danny Shum a winning one under Dylan Mo. The five-year-old had won four times for Tony Cruz prior to an off-season move, which in turn resulted in a spell at the Hong Kong Jockey Club’s Conghua Racecourse.

“He’s a very honest horse and being up at Conghua for his preparation helped him. He had the lucky draw in one, he was able to get out in front and Dylan’s five-pound claim helped,” Shum said.

John Moore got his stable off the mark for the season when Just Not Listening won the opener.

“Bryan Guy trained him in Queensland and kept ringing me and telling me ‘Run him on the dirt, you fool!’ but he’s the kind of horse that can switch back between turf and dirt,” Moore said.

Schofield was in double form – the Benno Yung-trained Massive Millennium preceded his score on Elusive State. So, too, was Grant Van Niekerk who took his tally to five; successful atop Millard’s Gorgeous King, the new arrival followed up on Triumphant Jewel in the Class 3 San Francisco Handicap (1000m) for freshman handler Ting.

Derek Leung, meanwhile, made all on the Chris So-trained A Beautiful in the day’s trophy race, the Class 4 Fakei Cup Handicap (1400m).The seven-year-old, another to have spent time at Conghua Racecourse, set a class record for the distance of 1m 21.38s as he held off the Zac Purton-ridden Have Fun Together.

“I think he was fitter than the first run and I told Derek to go forward – maybe first three – but the first section was way fast!” 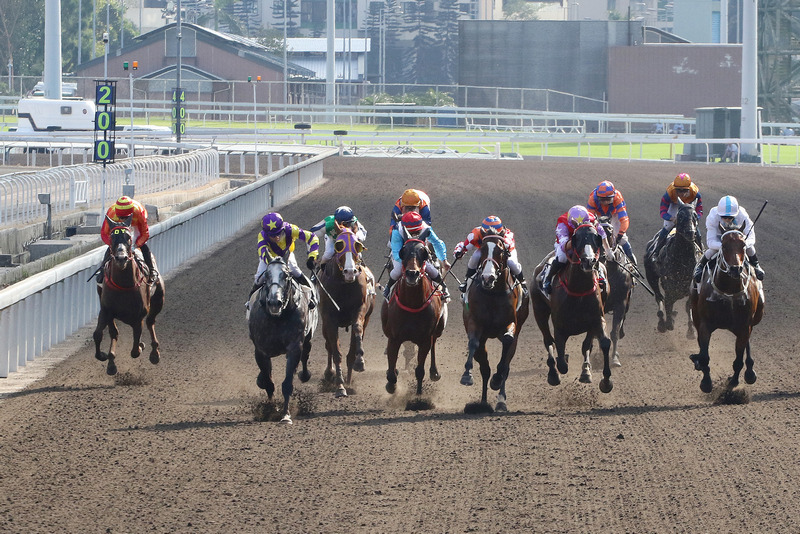