Tony Millard is returning dirt specialist Elusive State to the turf for an assault on Sunday’s G2 Jockey Club Mile and a tilt at Hong Kong champion Beauty Generation.

“He’s a dirt horse running on the grass, so realistically we’re blowing smoke up somebody’s chimney, but if you haven’t got a ticket, you haven’t got a chance,” Millard said ahead of the Class 2 winner’s toughest test by far.

Six of Elusive State’s eight career-wins have come on the dirt, having raced on his preferred surface 21 times across his 32-start career. But following Beauty Generation’s shock defeat in the G2 Oriental Watch Sha Tin Trophy last month Millard is prepared to take a chance that lightning could strike twice.

“With Beauty Generation getting turned upside down last time, one wouldn't think he’d be vulnerable but this is horse racing. Things change and champions can turn into has-beens overnight,” Millard said.

The South African has turned to the services of three-time British champion jockey Silvestre de Sousa to assist in his giant slaying mission. The Brazilian ace arrives for his second short-term contract this Sunday and will remain until 31 January, 2020. 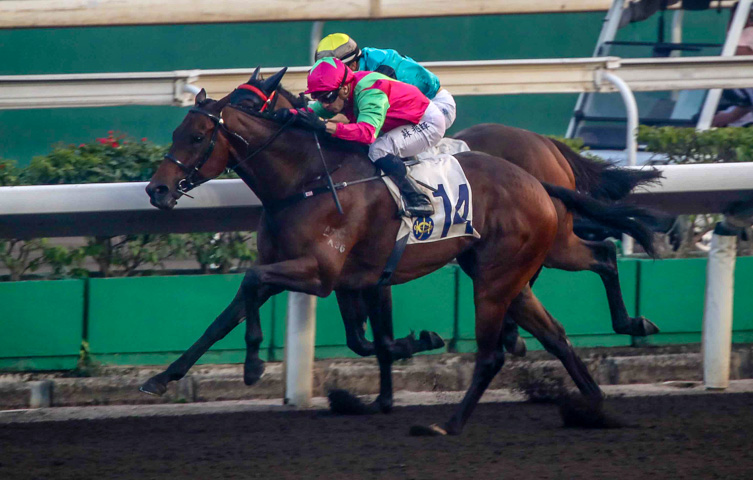 De Sousa takes over on Elusive State from Joao Moreira who is expected to stick with last season’s Hong Kong Derby runner-up Waikuku.

“Silvestre’s done well in Hong Kong, he knows the place and he’s got a good attitude - he’s willing to help,” the handler said.

De Sousa returns in a bid to replicate last season’s heroics where he tallied a rapid fire 44 wins from early November to late March, including the G2 Jockey Club Cup and G1 LONGINES Hong Kong Cup.

Millard though is under no illusions that defeating Beauty Generation at set weights and penalties is anything but a steep mountain to scale. The two-time South African champion trainer also knows what it’s like to be on the other side when a champion gets rolled.

Millard’s two-time Horse of the Year Ambitious Dragon went under as a 1.4 favourite in the 2011 edition of this race, beaten a short-head by 21/1 outsider Destined For Glory. The champ had conceded 18lb and handed a two and a half-length beating to Destined For Glory at the start before.

“Personally, I think Beauty Generation will win but you never know: once a horse gets headed anything can happen. In his favour, it’s a small field so he can dictate again, whereas last time he was giving away a lot of weight and couldn't dictate.” Millard said.

The All American gelding will face six opponents in Sunday’s assignment including Citron Spirit, Ka Ying Star, Simply Brilliant and Not Usual Talent. And if Beauty Generation runs to form, the runner-up will still pocket a hefty HK$935,000.

“He’s in good form. There are good horses in there but they have to find their form on the day.” Millard added.