Following on from last Sunday’s Queen Elizabeth II Cup, the second leg of the Japan Autumn International Series of races will take place on Sunday at Kyoto Racecourse, namely the Grade 1 Mile Championship. Seventeen horses have been nominated for the race, and a quick glance through the list reveals what a star-studded race it is going to be.

The Mile Championship is for 3-year-olds and up, and is run over the outer turf course at Kyoto, with a fairly flat run for home of about 400 meters from the final corner. This year will be the 36th running of the race, having been established in 1984, and it became an international race in 1998. This year’s winner’s check is JPY110 million, with other prize or incentive money being paid down to 10th place. Danon Shark holds the record time for the race, when he won it in 1 minute, 31.5 seconds in 2014. Winning favorites have been in short supply over the last 10 years, with just one hitting the line first, that being the 8-year-old Company in 2009. Third, fourth or fifth favorites, however, have scored a total of six times during that same period. In the last two years, 3-year-olds have shown their superiority by winning.

Lead-up races to this year’s Mile Championship have included the Grade 2 Mainichi Broadcast Swan Stakes over 1,400 meters at Kyoto, Grade 3 Fuji Stakes over a mile at Tokyo, and Grade 2 Mainichi Okan over 1,800 meters, also at Tokyo. All these races were run in October. Another feature of the big race this week will be the number of foreign jockeys booked to take rides, as the number of top-level races around the world comes thick and fast at this time of year.

The Grade 1 Mile Championship will be Race 11 on this Sunday’s card at Kyoto, with a post time of 15:40 local time. Final declarations and the barrier draw will be available later in the week. Here’s a look at some of the runners expected to be in the lineup:

Danon Premium: The 4-year-old colt by Deep Impact bounced back last time when finishing second behind Almond Eye in the Tenno Sho (Autumn). Despite that three-length loss, it was encouraging to see the horse do well, and among his six career wins, three have come over a mile. Assistant trainer Teruhiko Saruhashi said, “The winner last time is a very strong horse, so it was an impressive performance in what was a tough race. Only at the end did he not quite have enough left, and he was coming back from a layoff. There’s still room for improvement.”

Diatonic: One of a few possible runners for Silk Racing Co. Ltd., Diatonic has won four out of his last five races, and he’s coming off a win in the Grade 2 Mainichi Broadcast Swan Stakes at Kyoto last month. Jockey Christophe Soumillon rode him that day and has been booked again for the ride in the Mile Championship. Trained by leading trainer Takayuki Yasuda, the 4-year-old by Lord Kanaloa looks a good prospect. “Even though I’ve had expectations for him, and the ability of the jockey in his last race helped, I was a little surprised when he won his first Grade 2 last time. He did everything right and it was a good win,” the trainer said recently.

Danon Kingly: This year’s Tokyo Yushun (Japanese Derby) second has won four times from six career starts, and has never finished outside of the first three. The colt by Deep Impact is coming off a win in the Grade 2 Mainichi Okan over 1,800 meters at Tokyo. Trainer Kiyoshi Hagiwara said, “Compared to how he was for the Derby, I think last time he wasn’t at his best, but I could evaluate him highly after he won the race. He’s since been to the farm where he’s trained and came back to the stable on Oct. 30.”

Indy Champ: This year’s Grade 1 Yasuda Kinen winner got back into the swing of things last time when he finished third in the Mainichi Okan at Tokyo in October. The Stay Gold colt has pleased his trainer, Hidetaka Otonashi, who recently said, “When he ran last time, he might have been a little heavy, as we allowed for some possible weight loss in transporting him to the track. That and the race distance of 1,800 meters were things to consider, but he managed to run a good race, keeping well up with the pace and giving it his best.” 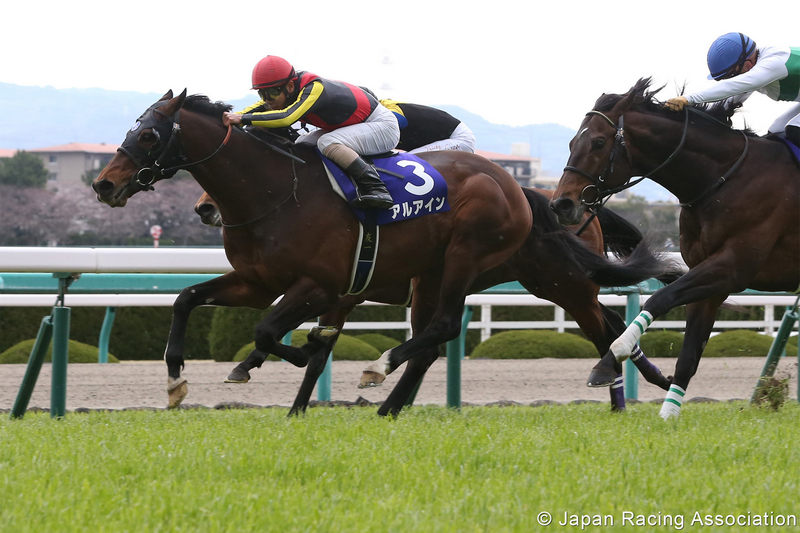 Al Ain: This year’s Grade 1 Osaka Hai winner might have found things tough in the recent Tenno Sho (Autumn), where he was unable to post a good result, but he could easily bounce back from that defeat and put in a run similar to what he did in last year’s Mile Championship, when he finished third. His trainer, Yasutoshi Ikee, is also not worried by his recent loss. “The first two home in the Tenno Sho (Autumn) were very strong, as well as it being a strong field generally. It was the first race back for the horse and he drew the widest gate, so these things went against him.” Al Ain looks set to be ridden by Ryan Moore on Sunday.

Mozu Ascot: The 5-year-old American bred by Frankel is trained by Yoshito Yahagi, and is looking to recapture some of his old sparkle after finishing second in his last race, the Grade 2 Mainichi Broadcast Swan Stakes. He won the Yasuda Kinen in 2018, but was the beaten favorite in last year’s Mile Championship. Assistant trainer Shigeki Miyauchi said, “He was second last year as well in the Swan Stakes, and the 1,400 meters is probably a bit sharp for him. Taking this into account, the mile trip should suit him better.”

Leyenda: Hailing from the all-powerful stable of trainer Kazuo Fujisawa, the 4-year-old colt by King Kamehameha has managed to win or finish second six times from his 10-race career, and finished second in his latest race, the Grade 3 Fuji Stakes in October. “He showed what he can do last time in the Fuji Stakes, almost matching strides with the winner before going down by half a length. He’s been at the stable training as usual since,” said assistant trainer Daisuke Tsumagari. Jockey Christophe Lemaire looks likely to team up with the trainer for another big race.

Primo Scene: A mile is arguably the 4-year-old filly’s best distance, and after a disappointing run last time when favorite in the Grade 2 Ireland Trophy Fuchu Himba Stakes over 1,800 meters at Tokyo, she’s looking to get back on track here. Assistant trainer Yu Ota said, “She raced well throughout her last race after jumping from the gates a little slowly, but in the home straight she didn’t run on, and I didn’t think that was her true effort. It possibly had something to do with the race having to be run on a different day.” The winning jockey in last year’s Mile Championship, William Buick, will most likely take the ride.

My Style: A horse that usually goes over a mile, this will be his first Grade 1 since 2017, but trainer Mitsugu Kon thinks that things might just be coming right for the 5-year-old. “He managed to win at Hakodate recently, and since four starts ago, I’ve thought it’s best to run him over a mile. In his last two races he’s run a lot better and concentrated more with blinkers on,” the trainer said.