Ballarat trainer Archie Alexander may look to do a 'Sierra Sue' in a bid to get Irish-bred imported galloper Eagle Crag back into winning form.

After placings at his first three starts of the campaign over 1600m, Alexander is considering a switch to 1400m and a trip to Mildura for the Cup on July 22.

Sierra Sue won the Mildura Cup last year before going onto claim the Group 2 P B Lawrence Stakes (1400m) at Caulfield then later in the campaign the Group 1 Sir Rupert Clarke Stakes over the same course and distance.

"Sierra Sue won it last year so you never know where it might lead," Alexander said.

Alexander feels Eagles Crag does not run a strong 1600m during the winter months despite winning his first two starts at that trip when he first started racing in Australia.

Eagles Crag loomed to win at his most recent outing at Caulfield on June 25 when beaten into third place behind Lyrical Lad and Chief Altony.

Alexander even resorted to applying blinkers to Eagles Crag for his last start, worried that he was looming up and then stopping in his race.

"We feel in summer he runs a strong mile, but in the winter, he doesn't love the (wet) ground and he gets to around 1500 (metres) and then stops," Alexander said.

"We thought he was the winner the other day and just stopped, so maybe in the tougher (wetter) months we can bring him back in trip and see how he goes.

"We put the blinkers on thinking he may have been having a bit of a think about things, but that might have been a bit harsh.

"When he was winning over a mile it was in a maiden and benchmark 64 races, now it's a tougher level, he just isn't staying the trip." 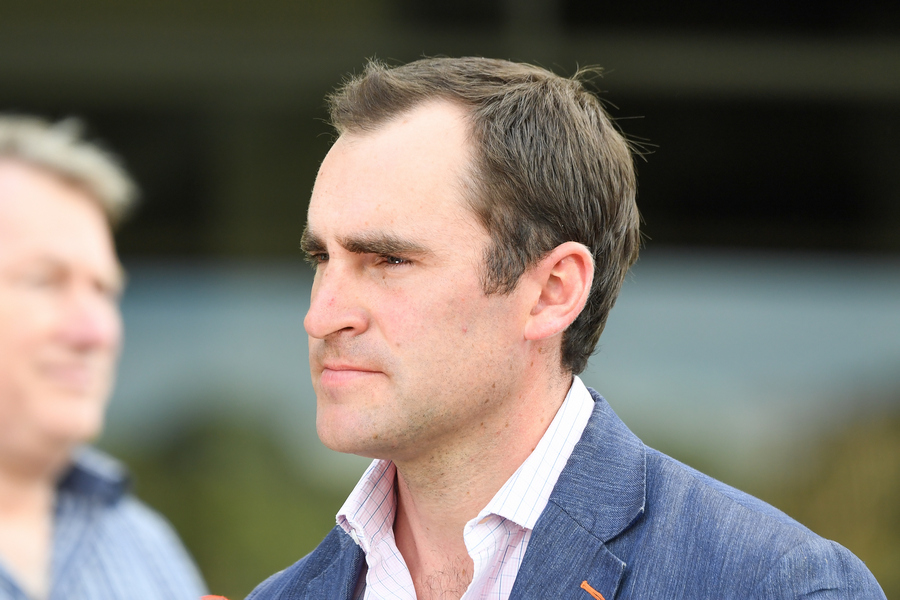