Trainer Kris Lees was thrilled to deliver an Inglis Guineas win for the owners of improving three-year-old Midland, who has finally started to live up to his good looks.

The son of Brazen Beau set a then Inglis Classic Sale record when he fetched $550,000 as a yearling and while he always looked the part, it took time to nurture his racing instincts.

“He was an expensive yearling and he was a really nice horse from Day One, but we made the decision to geld him at the end of last preparation and he has come back a really good horse,” Lees said.

“He was just a touch immature. He is a lovely looking horse, but mentally he wasn’t all there and sometimes the gelding trick makes the difference with them.

“I think we’re going to have a bit of fun with him.” 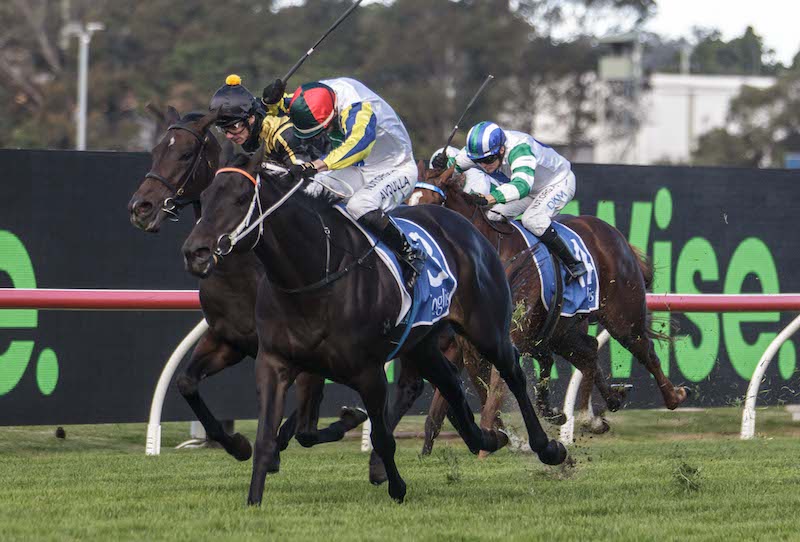 Starting at $10, he was given a beautiful ride by Brenton Avdulla, who trailed the leaders and switched him off heels in the straight to spear clear and score by three-quarters of a length over Nicci’s Fling ($13).

Exoboom turned in a brave performance to grab third another 1-1/2 lengths away after being trapped wide in the run.

Lees said it was satisfying to see Midland deliver for his owners after some interest from buyers in Hong Kong fell by the wayside.

“He had a bit of interest from Hong Kong and then they dropped off, so we said we’d try to get the money on the track and he’s getting there,” Lees said.

“He’s only had the three runs. We’ll just keep trying to place him right. He may go to Brisbane for a better race at some stage.”

Gary Portelli was thrilled with the effort by Nicci’s Fling and said provided she pulled up well, he would continue with her campaign.

Prime Star was sent out a well-backed $2.15 favourite and looked to have every chance but finished fifth.