Godolphin’s Microphone is the opening TAB $3.50 market favourite for the $400,000, Group 2 Arrowfield Hobartville Stakes (1400m) at Rosehill on Saturday after a field of 12 were accepted on Wednesday.

The colt has barrier 11 under Hugh Bowman.

Castlevecchio resumes after the Dundeel colt’s second place to Japan’s Horse of the Year, Lys Gracieux (JPN), in the Group 1 WS Cox Plate over 2040m at The Valley last October.

The colt, the winner of the Group 1 Champagne Stakes over 1600m at Randwick in April, went to 124 after the placing with Timeform’s ratings to share with Bivouac and be just behind the now retired Yes Yes Yes and Exceedance on 125 in a year considered one of the best for this age group.

Castlevecchio is on the second line of the market at $5.50. Kerrin McEvoy rides with barrier six.

Warning, the VRC Derby winner, has barrier 12 for Tommy Berry and is quoted at $9.00 while Prince Fawaz has barrier one for apprentice Jean Van Overmeire and is at $17.00.

The Maher and Eustace trained Cellsabeel, is the $1.65 TAB favourite after the Hinchinbrook filly won by 6L over 1100m on a Heavy 8 track at Randwick back on January 18th. She has not raced since and she is the current $6.00 favourite for the Group 1 Golden Slipper (1200m) on March 21st.

The filly, who galloped at Randwick last Saturday between races, has barrier two for Tommy Berry.

The winner of the Silver Slipper gains a confirmed place in the field for the Slipper.

Rosehill’s weather this should allow the track to improve into raceday. Thursday and Friday’s forecast is for partly cloudy days with 25c and 26c with Saturday cloudy and 17c – 24c. 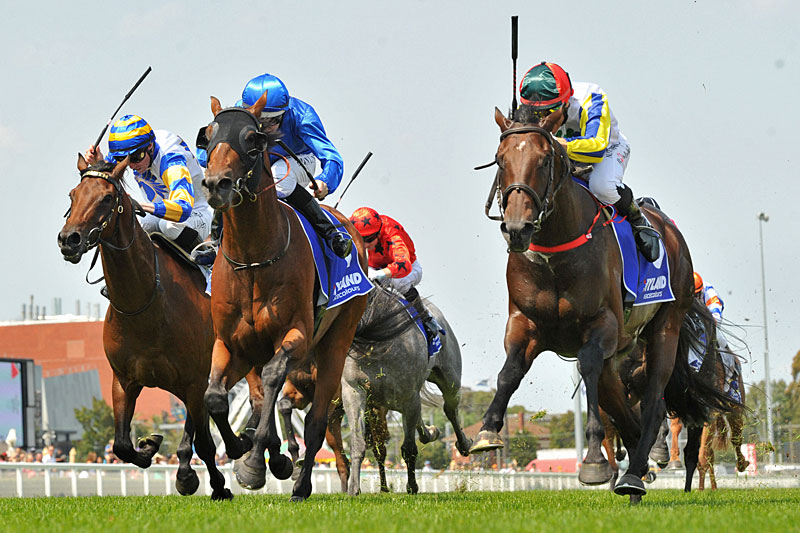