The merger between the Auckland Racing Club (ARC) and Counties Racing Club (CRC) has taken a step closer to completion this week.

Members of both clubs had respective meetings this week where further details of the potential merger were outlined and discussed, and ARC chief executive Paul Wilcox said he received a positive response at both meetings.

“Both meetings were very positive,” he said. “The majority (of members) were supportive of the changes and are looking forward to the merger happening.”

It is anticipated the merger and use of the two clubs’ collective assets will enable them to more than double their income over five years.

This will facilitate average stake levels per race to double from $50,000 to $100,000, while Ellerslie would be set for a major overhaul, with the installation of a new StrathAyr surface which would be used on at least 40 race days per year.

A new-look Ellerslie, with international standard facilities, is expected to provide a revitalised racing scene that attracts both new and existing racegoers, in addition to being the compelling racing venue for industry participants.

The new track surface and increased stakes levels remain the major priority for Wilcox and his team, with construction of the StrathAyr track likely to begin after the Auckland Cup carnival in March next year.

“At this stage, the track is being penciled in for construction to start after Cup week next year. A similar time to what we did for our drainage upgrade,” Wilcox said.

“Our first priority is the track and getting the increased stakes, and the medium term we will be looking at infrastructure, such as stands.”

In order to help fund the improved infrastructure and boost stakes levels, both clubs are planning to sell off parcels of land, including the famed Ellerslie Hill.

“We are looking at (selling) land, not only the hill, but land at both Ellerslie and Counties that can add to the realisation of those assets, to increase that fund to enable us to hit the targets we want to get the right money back into the owners and trainers’ pockets,” Wilcox said.

Wilcox said members of both clubs were largely accepting of the idea.

“That (selling the Ellerslie Hill) was received, in the majority, in a positive way,” he said.

“There were people that had an emotional attachment to the hill but could understand the reasoning behind it and how critical a piece it is in the puzzle to enable all of this to happen.”

With stakes currently largely funded by wagering, Wilcox said the merger would allow the club to move to a new model that is less reliant on a fluctuating source.

“We don’t like being reliant on a funding model that can move up and down every year,” he said.

“We want to be able to say, ‘this is what we can contribute above and beyond the code funding,’ which then starts to make a real material difference.”

Voting on the merger will likely take place at the end of next month.

“Two incorporated societies can’t merge, so we are using the vehicle of the Auckland Racing Club to bring Counties in,” Wilcox said.

With a potential merger coming into effect in the new season, Wilcox said he would like to think clubs from other regions will be able to use their new model as a blueprint for future mergers.

“We would like to think it will make other clubs start talking and looking at opportunities that can benefit the industry, particularly in their regions,” he said.

“Ultimately what we are doing is going to have a flow on effect to the whole industry.

“If it encourages some of those clubs who have been potentially frightened of losing their identity, or what a merger may look like, then we are only too happy to help them explore ways in what we have done and show them a blueprint of how we have done things, which can give them confidence that it is the right thing to do for the long term.”

Training facilities will be upgraded and racing is set to continue on a smaller scale at Pukekohe Park as part of the proposed merger.

Counties Racing Club chairman Mark Chitty said the merger was the best thing for a sustainable future for racing in the Auckland region.

As part of the plan, the current training facilities at Pukekohe Park would be upgraded to improve its appeal rather than seeking out a new training venue.

“If you look at the Australian models, Warwick Farm (in Sydney) is a large training facility, they do race there, but predominantly most of the racing is done at Randwick and Rosehill,” Chitty said.

“We are right on the verge of New Zealand’s largest city and there’s a lot of opportunity there to get people engaged with the industry.”

There had been discussion whether Pukekohe would continue to be a racing venue, but Chitty said it was likely a few days of midweek racing would be retained.

“We probably won’t have Saturday racing – that will go to the premium track, which makes sense – and by developing the trainer we create a pool of horses that can help facilitate the racedays at the premium venue.”

Chitty said some of the current land at Pukekohe Park would be re-developed, with some sold and other land for lease.

“The land is a mixture of residential, industrial and commercial. With residential land there’s not a lot of desire for leased land so fundamentally that would be sold, whereas the industrial-commercial side you’d be looking at long-term leases.

“We’ve had a lot of reports on the industry over a 50-year period and very little has changed.

“We’re not seeing investment in the industry because the current prizemoney funds just don’t add up. We haven’t moved and we need to move if we’re to prevent us becoming a sunset industry,” he said.

Chitty said the Avondale Jockey Club had been kept informed about the plan and that any decision on its future involvement would be up to its members. 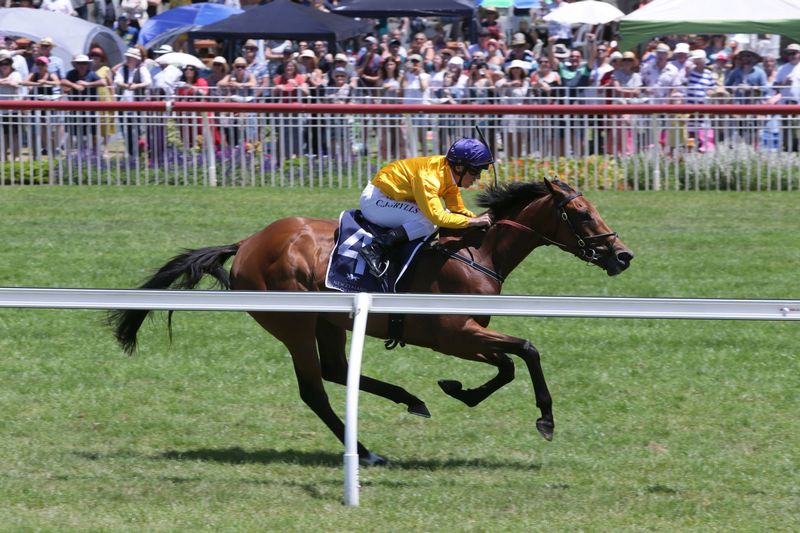