Melbourne Cup is a Good Idea

Such is the rate of improvement from his stayer Good Idea, trainer Phillip Stokes thinks he might have a potential Melbourne Cup contender on his hands.

Such thoughts would have been taken as being foolish just a handful of runs ago, but the five-year-old is starting to live up to his rich breeding as he keeps rising to each challenge.

At his most recent start, Good Idea beat all but the highly promising King Of Leogrance in the 3200-metre Adelaide Cup and hopes are high he can keep that form going at Caulfield on Saturday when he runs in the 2400-metre Geoff Murphy Handicap. 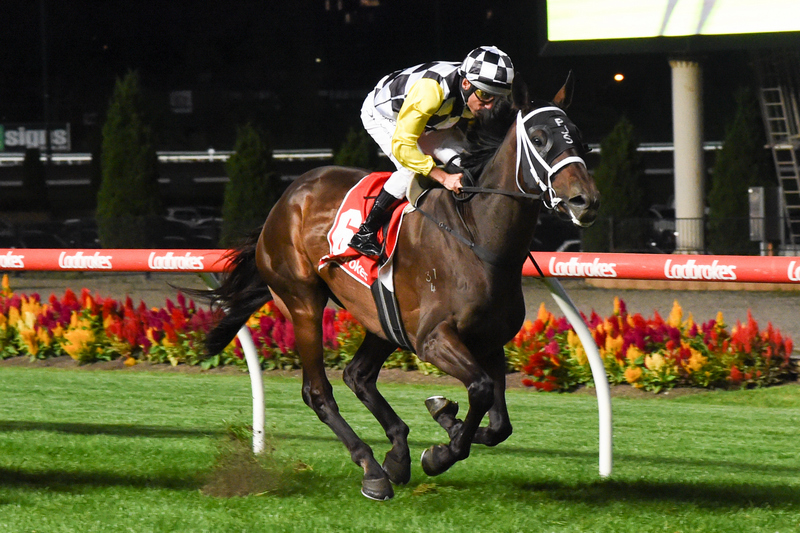 "He's really hit a purple spot (of form)," Stokes said. "He won the (2500m) race at Moonee Valley that night and we just threw him in the deep end in the Adelaide Cup and it was a really good run to run second to a very talented horse.

"He came back and had a freshen up at our farm and he's just doing so well we just thought we'd give him two more runs to the Andrew Ramsden (Stakes) and then we'll give him a break."

The winner of May's Andrew Ramsden Stakes will claim the first guaranteed spot in this year's Melbourne Cup.

"It's just that he stepped up and was so impressive in the Adelaide Cup and he obviously can run 3200 metres so we thought we'd give him a chance and try to qualify for a Melbourne Cup," he added.

"He keeps on improving every prep we give him and he'll obviously have to improve again, but why not?

"It might be a good year to have a crack at it, so we'll stick to that plan."

Good Idea is by the late Bart Cummings' final champion So You Think - a winner of 10 Group 1 races in both hemispheres - out of Cummings' 2009 Wakeful Stakes-VRC Oaks winner Faint Perfume.

Both were raced by the late Dato' Tan Chin Nam's Think Big Stud along with co-owners Dr Alan and Colleen Jackson in Faint Perfume. Think Big and the Jackson's bred and race Good Idea.

Stokes is also excited about his three-year-old Ancestry as he goes into the 1100-metre Selangor Turf Club Handicap.

"He's flying," he said. "He was very impressive at Moonee Valley the other night and he's in really good order.

"He's done a little bit of racing so after Saturday we might give him a little bit of a break - he probably deserves it - but he's a really nice horse with lots of wins ahead of him."

Stokes has first-up hopes also for four-year-old More Than Exceed when he runs in the 1000-metre Lamaro's Hotel Handicap.

"His first-up form is really good," Stokes said. "He nearly won the sprint here at Pakenham on Cup Day that I won with Snitzkraft. He'll give a good sight."