The Victoria Racing Club (VRC) on Thursday announced a boost of $7.52 million dollars in prizemoney and bonuses for the 2019 Melbourne Cup Carnival and Turnbull Stakes Day.

This prize pool boost is made up of funds from the VRC, Racing Victoria and the Victorian Government.

The VRC’s annual contribution to prizemoney and bonuses, in addition to industry allocations, now stands at $10.5 million.

In June the uplift in prizemoney for the Lexus Melbourne Cup was announced. It will increase to $8 million.

The broader injection of funds into the entire Melbourne Cup Carnival sees 16 races across all four days of Cup Week receiving additional prizemoney.

In total, 16 races during Cup Week and eight on Turnbull Stakes Day have received prizemoney injections. The Group 3 The Bart Cummings (2500m), which is a Lexus Melbourne Cup ballot exempt race, increases by $200,000 to $500,000. 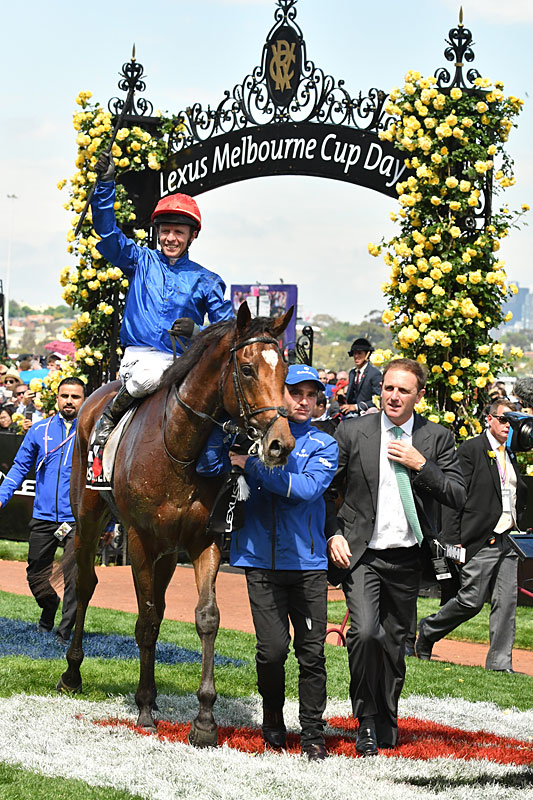 “The significant prizemoney increases, which now sees the total prize pool reach $27.6 million, underline the status of this world-class event.

“Australia’s brightest young stayers will compete for over $2 million in the AAMI Victoria Derby, while for the sprinters there is the stallion-making $1.5 million Coolmore Stud Stakes and now for the milers there is the $500,000 Carbine Club Stakes with a $1 million bonus attached.

“The Kennedy Cantala is a highlight of Cup Week and a $2 million prize pool justifies the quality of the race.

“The Empire Rose Stakes is now worth $1 million for the country’s best fillies and mares over a mile, and of course the day also features the last chance to get into the $8 million Lexus Melbourne Cup with the running of the Lexus Stakes.”

Mrs Elliott also called out the increased awareness and focus of the final day of the Melbourne Cup Carnival.

“The VRC Sprint Classic is an outstanding race, with winners from the past decade including champion sprinters such as Black Caviar, Redzel and Santa Ana Lane, and we are delighted to support the race with an additional $1 million.

“We saw five internationally-trained runners in last year’s edition of the race and now with the prizemoney doubling to $2 million the profile of this race globally will be further enhanced.”

Mrs Elliott went on to add: “I am really excited about these prizemoney announcements today. Cup Week is the jewel in the crown of Australian racing and this is the first part of an ambitious long-term strategic vision that the Board and broader team at the VRC are bringing to life.”

Throughout the year the VRC’s significant investments are distributed across a number of strategic priorities including equine welfare, prizemoney, customer events and experiences, digital engagement and infrastructure aimed at ensuring Cup Week remains one of the world’s best sporting, entertainment and tourism events.

Each year the VRC invests more than $55 million to host Cup Week alone with last year’s event generating a record $447.6 million in gross economic benefit to Victoria, which is unrivalled by any other Australian sporting event. More than 300,000 attend the Melbourne Cup Carnival, with over 46,000 from New South Wales alone.

As part of today’s boarder industry announcement, VRC Chief Executive Officer Neil Wilson made these comments: “The VRC is proud to make a significant direct investment of $3.2 million in prizemoney, in addition to contributions from Racing Victoria and the Victorian Government, for the world-renowned 2019 Melbourne Cup Carnival.

“The VRC is thankful for the support of Racing Victoria and the Victorian Government for their contributions and their commitment to maintaining Victoria’s world-class position in racing,” Mr Wilson said.