Goffs announced on Monday that former jump jockey Jerry McGrath will join the Goffs UK team in the role of Bloodstock Manager from 7 February.

Jerry comes to Goffs UK following a successful career as a NH jockey which sadly came to an end this year following a race-riding fall at Lingfield 12 months ago. He has been a key member of Nicky Henderson’s Seven Barrows team since 2008 and rode his first winner in the same year. He went on to win over 200 races including two wins at the Cheltenham Festival with the most recent coming on Beware The Bear in the Ultima Handicap Chase in 2019. Jerry has also worked closely with Clive Cox in the summer months and was part of the team that bought the Group 1 winning Supremacy at the Goffs UK Premier Sale. He has also assisted Clive at many other yearling sales. 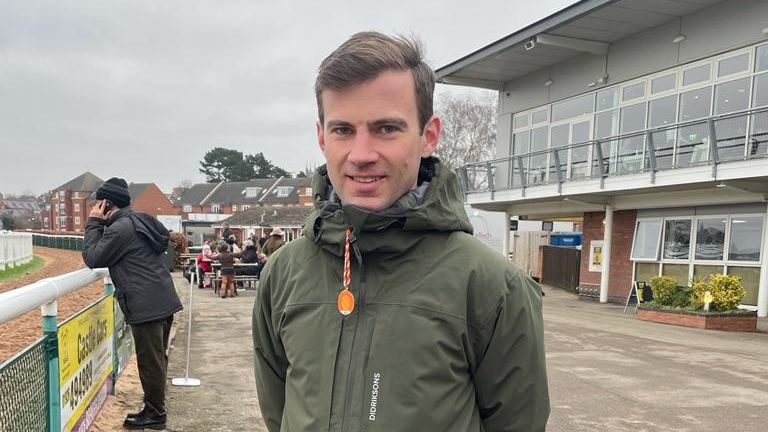 Jerry McGrath will join the Goffs UK team in the role of Bloodstock Manager, picture Goffs

Jerry will be a full-time member of the Goffs UK team, albeit based in the Lambourn area in a dedicated Goffs Office in the village. His front of house role as Bloodstock Manager will see him join the Goffs inspection team and attend all Goffs Sales plus travel to other sales and race meetings across the country to interact with new and existing clients. He will also be part of the team sourcing entries for all Goffs UK Horses in Training Sales whilst he will work closely with Point-to-Point handlers in the UK and Ireland to continue growth in that key sector.

Jerry has been acting as a Bloodstock Agent for some key clients in recent years and he will continue that role alongside his new appointment.

Goffs UK Managing Director Tim Kent commented on another new appointment for the company in 2022: “Jerry is a very personable individual with a real passion for the bloodstock business and brings a wealth of racing experience and industry connections to Goffs. He has worked closely with the Highflyer team for many years and we would like to thank David Minton for suggesting that we talk to Jerry towards the end of last year as his experience with them, and Clive Cox, ensures that he has a deep knowledge of both codes together with the personality to engage with all Goffs clients.

“We are excited to be working with Jerry, who is the second exciting appointment to our team this year after the announcement that Bernard Condren will also start with Goffs UK on 7 February.”

Jerry McGrath commented on his appointment with Goffs UK: “I am very excited to be starting this new chapter in my life. Throughout my riding career, I’ve always been interested in the breeding and trading of horses, and I am delighted that I am able make a career out of this passion following a wonderful race riding career where I have worked with some incredible people.

“I will continue to be based in Lambourn where I can utilise the contacts made during my riding career whilst forging new links with key industry figures throughout the UK and Ireland. I have always admired the customer focussed approach and supreme integrity of Goffs, and am looking forward to getting started as part of the team at Goffs UK.”