The Appeal panel found McDonald had technically breached the reasonable and permissable measures rule and it calling it an error of judgement.

The Stewards suspended McDonald in respect to his riding of Threeood in Race 6 at Randwick on 20 June for failing to take all reasonable and permissible measures on Threeood to either win or obtain the best possible place. The mare started as the favourite and finished second last.

McDonald has ridden 103-1/2 metropolitan winners this season and last Saturday at Rosehill became the first jockey since Darren Beadman more than a decade ago to notch a century of city winners in successive seasons. He will almost certainly retain the Sydney premiership this season.

McDonald has a full book of nine rides at Randwick on Saturday and begins his seven day suspension on Sunday. He has previously said that he expects to have a break from riding after Saturday before the new season on August 1st. 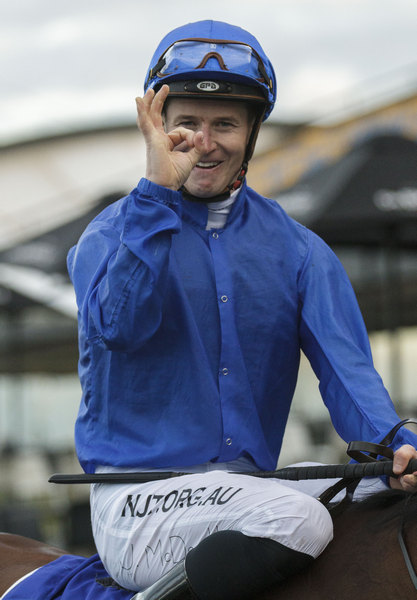