A daring mid-race move by Chad Schofield catapulted Maximus into the thick of Four-Year-Old Classic Series contention and this Sunday at Sha Tin the striking chestnut is readying for a big-race upset in the first leg of the three-race series, the HK$12 million Hong Kong Classic Mile.

“We were caught a bit deep and the pace was slow, so I made the decision with 118 pounds on his back to roll forward and we nearly pinched it - he really kicked strongly on the turn and he gave me a good feel - I’m looking forward to riding him,” Schofield said.

The 83-rater is 20 points shy of Sky Darci’s standout mark in the race, having earned three rating points for his slashing second earlier this month after dipping two points across his first two starts.

“He’s still on the way up - he’s only had three runs in Hong Kong, he’s improving and coming along nicely, so I think he could be a good chance,” the 26-year-old said.

The Tony Millard-trainee was previously under the care of Jane Chapple-Hyam in Great Britain when known as Chares and, he was a four-time winner from four starts prior to export, including the Listed Criterium de Lyon (1600m) at Lyon Parilly in France.

“I think he could be (to being among the best four-year-olds), although he had a weight advantage on horses like Lucky Express last time,” Schofield said.

With four wins over the mile and 1400m prior to import, the youngster’s only sortie over 1800m resulted in a ninth-placed effort at Happy Valley on LONGINES International Jockeys’ Championship night (9 December).

But with the second and third legs of the series requiring a step up in distance, Schofield was quick to quash any concerns regarding the German-bred colt’s ability to handle further.

Schofield and Millard won the 2018 Hong Kong Classic Cup with Singapore Sling and a win on Sunday would be duo’s second in the series together. 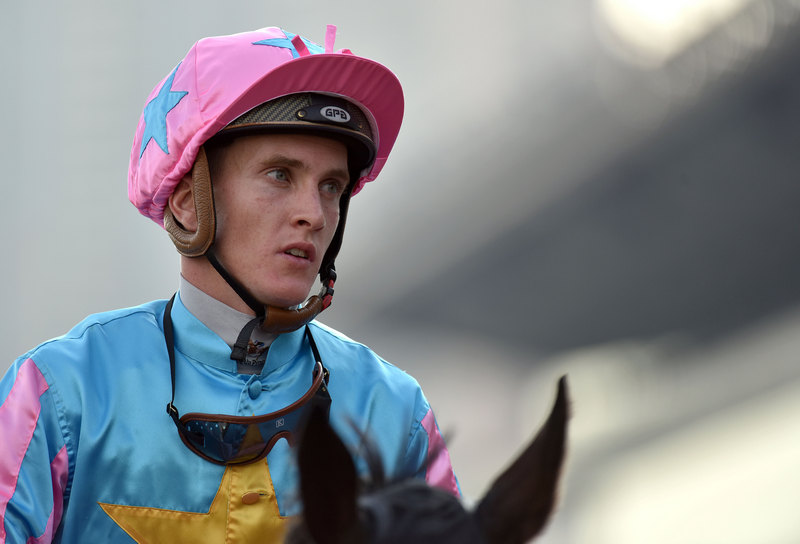