It has not taken long for the world class of Danon Premium (JPN) to be recognised as the Mitsumasa Nakauchida trained five-year-old heads to his only assignment over the Sydney Autumn Carnival, the $2m, Group 1 WFA Longines Queen Elizabeth Stakes (2000m) at Randwick on Saturday. 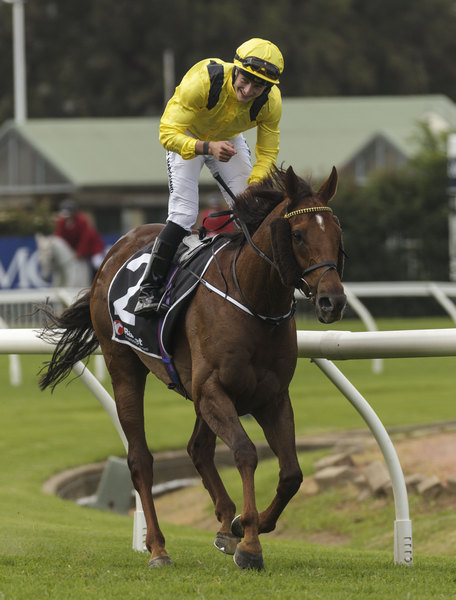 The market support for Danon Premium is not surprising and his race might be the class act of the carnival. The Deep Impact entire is the highest rated runner on an adjusted 12 month basis, and justifiably so.

He has only raced against the best that Japan can offer, and what a lofty offering that is.

On October 27th Danon Premium was second to Almond Eye (JPN) in the Tenno Sho over 2000m at Tokyo and on November 17th he was second again, this time to Indy Champ (JPN) in the Mile Championship over 1600m at Kyoto.

Danon Premium has raced just 10 times for six wins and to seconds with stakes of $4.9 million.

If there is a query it is that he has not raced on Soft and Heavy tracks, however assistant trainer and trackwork rider of Danon Premium (JPN), Teruhiko Saruhashi, said this was not a concern. Certainly Danon Premium handled the soft conditions at Canterbury on Tuesday morning.

Not racing since his Mile Championship race in November should not be a worry as the Japanese are well used to preparing first up Group performances.

Add in James McDonald with barrier 3 and this is a potent force.

While Addeybb has drifted out in the market the six-year-old Pivatol gelding does have the advantage of an opening race and a winning one at that. Addeybb, under Tom Marquand, was too strong for Verry Elleegant in the Group 1 Ranvet Stakes over 2000m at Rosehill on March 21st.

The strength of the win displayed Addeybb’s UK class and his ability of Soft tracks. He has won six from 12 on Soft tracks and placed three times including second to Magical (IRE) in the Group 1 Champion Stakes over 2012m at Ascot last October on Soft ground.

Marquand returns from suspension to ride and to pitch his wits against McDonald and the New Zealand bred trio of Group 1 winners, plus the progressive Master of Wine (GER).

We can be grateful that the connections of the international runners made the trip with Covid-19 looming large as they made their decisions. Their commitment to Sydney will present a high class contest on Saturday.  Perhaps Australian racing authorities can combine to keep them in Australia for the spring and into next autumn.

Before that the Queen Elizabeth Stakes is Race 8 at 3.55pm on Saturday.

Japanese star Danon Premium heads the @tabcomau market for the G1 Queen Elizabeth Stakes on Day 2 of the @ChampionshipsRR with @mcacajamez to ride.