Racing continues in Korea with no spectators and no betting but at least on the track there is, for now at least, some semblance of normality and Sunday promises a feast of action in the shape of several Trophy Exchange races, plus an Oaks trial, at Seoul and Busan.

Mark Story is unbeaten in three starts to date and lines up in an intriguing Tokyo City Keiba Trophy over 1400M (Seoul Race 10). A $50,000 purchase from the 2019 OBS Spring Sale of Two-Year-Olds in Training, Mark Story has won his races by a combined twenty-one lengths but on Sunday steps up to 1400M for the first time and faces a handy looking group of fellow American imports.

Among those imports is Lord Ban. He’s the horse who has got the closest to Mark Story when finishing just two lengths in arrears when they raced each other over 1200M last December. Since then the Malibu Moon colt has gone on to win twice himself. Other handy types engaged include Blue Chiton (by Palace Malice), a winner of his latest three, and Clean Up Bella (by Oxbow).

The filly equivalent is run one race later in the shape of the Gold Circle Trophy (Seoul Race 11) but it’s a Korean bred who looks the one to beat as Geosen Jilju (by Take Charge Indy) skips the Oaks trial at Busan to take her place in the starting gate against the imports. She’s a winner of three from six so far. 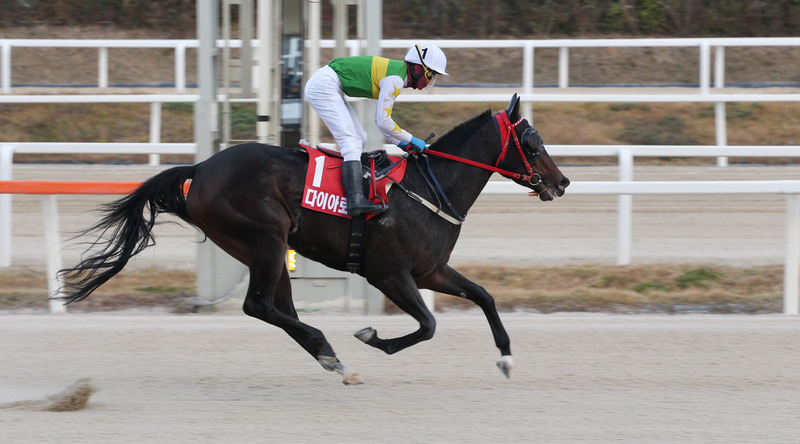 Dia Road has won six of seven and the Captain Coltish filly, who downed Silver Wolf in the Donga Ilbo Cup in February, is a cut above the rest in the 1800M Jockey Club of Turkey Trophy (Seoul Race 12).

At Busan the China Horse Industry Association Trophy (Busan Race 3) brings together a group of promising imports. Nice Chance (by Declaration Of War) has come home on top in two of three starts so far and is from top trainer Kim Young-kwan’s barn. Damanguil Gil and Adele Spike, two fillies imported in-utero and therefore ineligible for the Oaks Trial later in the day, look to be among Nice Chance’s main rivals.

On the day of this year’s Oaks trial, The Selangor Turf Club Trophy at 1800M (Busan Race 4) finds last year’s Oaks winner Deep Mind hard to beat. Top Of The World and Ice Marine look to be the major threats.

The Luna Stakes is the major trial for this year’s Korean Oaks which is scheduled to be held at Busan on the second Sunday in August. The race, which is named after the top mare from the early days of Busan Racecourse’s existence, has attracted a full field of sixteen, including eight who have travelled down from Seoul.

Among the favourites for the Luna Stakes (Busan Race 5) is Raon First, who defeated imported juveniles last November to record an excellent win in the Gwacheon Mayor’s Cup. The Musket Man filly has won four in a row and stretches out to a mile for the first time with solid claims on a fifth.