Brazilian jockey Ruan Maia would certainly not mind padding up his riding CV with a first Group 1 win in Singapore, but neither is he making it the be-all and end-all of his career.

To the 32-year-old rider, winning any race is the reason he wakes up at 5am every morning. If it comes with a ‘black type’, it’s a bonus, but it’s not a carrot the 570-odd race winner runs after.

Besides, the trophy cabinet of the former Sao Paulo-trained rider and two-time Macau champion jockey is already quite well-adorned. 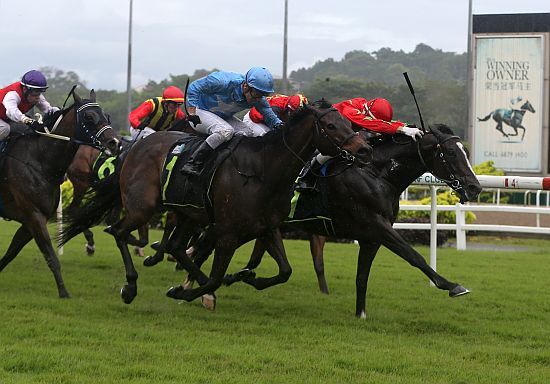 He boasts four Group 1 wins in his native Brazil with the J Adhemar de Almeida Prado aboard Maraton in Sao Paulo in 2016 the highlight. In Macau where he plied his trade from 2016 to 2019, Maia claimed his first Group 1 silverware, the Macau Gold Cup on River Control in 2018, and last year, he added the Group 1 Chairman’s Challenge Cup with Mister Kaopu.

At his first Kranji raid in April 2018, the cameo visitor hit bullseye at his one and only ride, Circuit Land for Lee Freedman in a Group 2 race for good measure, the Chairman’s Trophy.

Maia was lured back for similar hit-and-run missions in Singapore feature races thereafter, but those big races in the Lion City have eluded him since, even up till now at his full one-year licence that began on January 1.

He gets a chance to change all that with the Shane Baertschiger-trained Aramaayo in the $1 million Group 1 Kranji Mile (1600m) this Sunday.

Top gun Countofmontecristo is the logical first-elect, but while the former Australian Group 3 winner (Spring Stakes over the mile at Newcastle in September 2018, when his name was spelled slightly differently as Aramayo) for the mighty Godolphin has got on the board only once at Kranji in a Class 2 race over 1400m in February, Maia believes he has a touch of class about him even if he had never ridden him at his six local starts.

“He’s a very good horse and is improving all the time. I remember that race (Group 2 Stewards’ Cup) when he ran on for third (under Patrick Moloney),” said Maia.

“I was riding On Line, and he just ran past us at the 200m, even though he missed the start badly. When Shane asked me if I could ride him in the Kranji Mile, I said yes right away.

“At first, I think he wanted Harry (A’Isisuhairi Kasim) to stay on him since he rode him at his last race (closing third to Surpass Natural in a Class 2 race over 1100m on July 26), but Harry had taken the ride on Mr Clint.

“Aramaayo is a nice young horse with a good turn of foot. I haven’t ridden him in trackwork, but that’s fine; I never sat on Circuit Land before I came to Singapore.

“He has drawn 10, but that’s not too bad as he comes from the back, but it’s a Group 1 race and it’s always difficult to win Group 1 races.

“I’ll try my best, but I try my best in any race. To me, any winner is okay. Of course, winning a Cup race would be nice, especially here in Singapore where I haven’t won a Group 1 race yet, but I won’t stress over it.

“More importantly, I must stay calm and quiet.”

Maia, who has won four races since racing resumed from the three-month COVID-19 suspension on July 11, is happy to have held his spot (second on 20 winners) at the top, even if Vlad Duric has already got the chasing pack on the backfoot. The three-time Singapore champion jockey is well clear on 39 winners.

“I’m doing okay, and getting a lot of support from trainers. I think from the 27 trainers at Kranji, I haven’t ridden for only two of them, Hideyuki Takaoka and Tan Kah Soon,” said Maia whose 21 Kranji winners to-date have come for nine trainers, with the best partnership struck with Donna Logan on four winners.

“I’ve been riding a fair bit for Shane, but I haven’t won any race for him yet. The best was a second place on Global Kid (February 28) and a few thirds (Mr Exchequer on January 31 and Passport To Rome on March 6).

“It’d be nice to ride a first winner for him in a Group 1 race, but I’m above all happy to get his support. Like I said, any winner is okay, and for anyone - I have some other nice rides in the other races, like Brutus (last-start closing second to Heartening Flyer) in the last race.

“The lockdown was a terrible time. Luckily, I had my wife with me, and the only places we knew were our house and the supermarket.

“I’m glad we’re still racing in Singapore, even if it’s with no public. It’s the same back home in Brazil, but my country is not doing so well with the virus.

“Luckily, everything is okay with my family and my wife’s family even though Parana, where we are from, has cases. It’s the same state where Joao Moreira is from.”

Brazil is the second most affected country by COVID-19 after the US. More than 3.2 million cases were recorded, with more than 105,000 deaths reported.

The US remains the worst hit country in the world with more than 170,000 who died from the 5.4 million cases reported.

Despite the concerns for his family, Maia has kept a happy disposition, even indulging into some light-hearted – and light-haired - fashion statement with his crowning glory.

“I bleached my hair blonde around two weeks ago. It was all in the name of fun,” he said.

“I was at Sentosa and got it done there. It’s not a superstition thing, but I did win one race (Lucky Imperator for Freedman) at the next meeting!”