Having claimed their first Melbourne Trainers’ Premiership, the Ciaron Maher and David Eustace combination will be out to hit the ground running at Sandown on Sunday.

With the season winding up at The Valley on Saturday, the first feature race of 2021/22 will be held on the opening meeting of the new season at Sandown the following day.

The Grand National Hurdle (4200m) will have three representatives from the Maher and Eustace stable looking to make it successive wins after Ablaze scored last year. Saunter Boy, Norway and Wil John are set to run and prior to Tuesday’s nominations closing, Eustace was loathe to nominate one jumper ahead of the other. 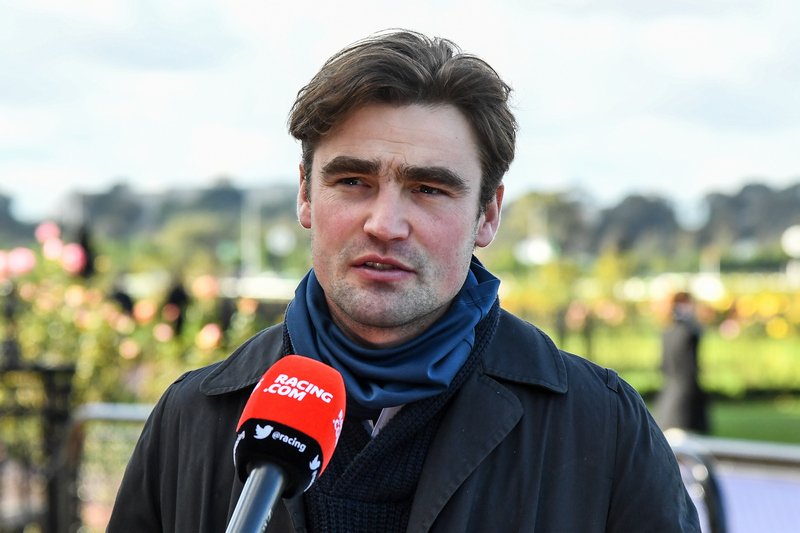 Winner of the Australian Hurdle and the Kevin Lafferty Hurdle at his past two jumps starts while also racing competitively on the flat,  will be the most fancied with Steve Pateman aboard.

“He was excellent on the flat last time,” Eustace said. “If he had got a clear run, he probably would have run second…

“He’s in really good heart on the flat and enjoying his jumping. Mixing it up, which seems to suit him.”

Norway has only had the three runs for Maher and Eustace, two over hurdles, for a clean slate. He won a maiden hurdle at Warrnambool by 10 lengths and was victorious by the same margin in the Brendan Drechsler Hurdle at Pakenham on July 18.

“It shows those horses with above-average flat ability but get a bit sour on the game can take to jumping and thrive, which he has,” Eustace said.

While Saunter Boy and Norway are showing their ability now, Eustace said Wil John would relish Sunday’s 4200m journey and may in the long term be best of the lot.

Wil John is unbeaten in two runs over jumps and faces a class rise on Sunday.

“We like him a lot. He’s getting stronger and stronger all the time and Ciaron thinks very highly of him of all the jumpers he’s ever had,” Eustace said.

“He’s a thorough stayer. A big frame of a horse, but is strengthening all the time and he’ll make an excellent steeplechaser. Hopefully the Grand Annual next year.”