The Grahame Begg trained Lunar Flare has been rewarded for her consistency with a breakthrough win at stakes level in the $160,000, Listed R M Ansett Classic (2400m) at Mornington on Sunday to give the daughter of Melbourne Cup winner Fiorente her sixth win from 25 starts.

Sent off the $2.60 favourite under Michael Dee, Lunar Flare overcame traffic problems on the hometurn to score a three-quarter length win from High Emocean (NZ) (Ocean Park) ($4.40) with Good Idea (So You Think) ($18) a further 1-¼ lengths away third.

Dee had Lunar Flare settled at the tail of the field and when the field fanned at the 600m mark he elected to wait and bide his time.

Held up for a run straightening, Dee was able to slice through a narrow gap inside the final 200m to go on and record a comfortable victory.

Begg said Lunar Flare can be keen in her races but was impressed with the way the mare settled on Sunday in a moderately run race.

"At Flemington she got a bit keen, and Damien Thornton thought she over-raced a bit and cost herself.

"It's great to win to be able to win a Listed race for the ownership group, John Valmorbida, Jack Bongiorno and Mr Kraps. It's fantastic for them and the mare deserves it.

"She's been wonderfully consistent this preparation and it's great to win a nice race at Mornington."

Lunar Flare started her career with Lindsay Park and had a maiden win at The Valley to her credit before joining Begg who described the mare as progressive.

"We've only run her at a mile-and-a-half a few times and she's had a second and a win now which is great," Begg said.

"We might look at something like the Bendigo Cup, something around the edges, but she's a progressive mare and there's no hint of retiring her at this stage.

"We've got a little bit more to look forward to with her." 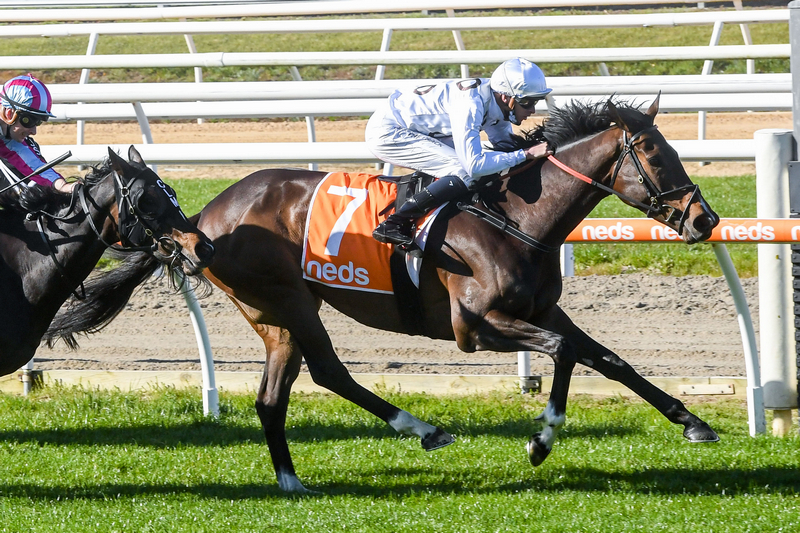