Lucky Patch stuns in Premier Bowl for Lui and Purton

Overshadowed pre-race by Courier Wonder and Naboo Attack, Lucky Patch has earned a tilt at the HK$24 million G1 LONGINES Hong Kong Sprint (1200m) in December after eclipsing a classy field of rivals in the G2 Premier Bowl Handicap (1200m) at Sha Tin on Sunday afternoon.

Stationed in the outside gate of barrier 12, Francis Lui’s lightly-raced gelding covered ground under Zac Purton before unleashing a withering surge before fending off Super Wealthy (Chad Schofield) and Stronger (Vincent Ho) to score by a neck.

Clocking 1m 07.95s in blustery conditions, Lucky Patch continued his remarkable consistency – he now has four wins and six minor placings from 14 Hong Kong starts after winning his only two assignments in Australia as Paleontologist – to earn a tilt at Hong Kong’s most prestigious sprint in December.

Lui said Lucky Patch’s performance trajectory had always been positive – and was unsurprised by G2 success.

“I'm not surprised because last season all the time he had bad draws but he finished close and the race he won he had a good draw he won by two and a quarter lengths. He's been improving,” he said.

“I can't say he still has more improvement but he can enter the sprint race (Hong Kong Sprint). 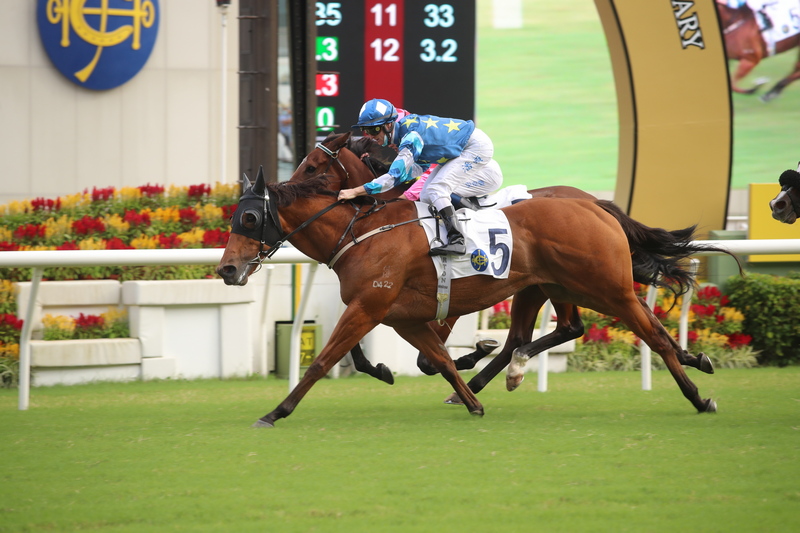 Lucky Patch’s success sealed a treble for Purton, who knew his task was complicated by the outside alley.

“It always looked hard from the barrier, I couldn’t see myself getting in anywhere but we rode to try and get in somewhere. If the cards fell our way, we would be lucky,” he said.

“To be honest, we were caught wide with no cover for the most part of it. It took me a long time to be able to get in and get a little bit of cover and then he travelled into it strongly and let down nicely.

“When he got to the front, he idled a little bit – so you can take nothing away from that performance.”

While Courier Wonder (fifth) and Naboo Attack (ninth) struggled for clear running late, Purton plotted an uninterrupted passage down the outside.

"I think he's (Courier Wonder) ok. He was in pretty good shape going into the race so he should come out of it ok. He was held up in the straight, so I think he's got an excuse and I don't think there's any damage,” said trainer John Size of Courier Wonder’s run in defeat.

But Purton is yet to commit to partnering Lucky Patch in December.

“We’ll see. We’ll let the dust settle. If I ride him in the sprint, hopefully he’s good enough to win it,” said the four-time champion jockey, who also prevailed in the second section of the Class 4 H. Moser & CIE. Excellent Handicap (1200m) aboard Gracylove for David Hall.

Lucky Patch’s victory presented Lui with a double after the earlier success of Cheerful Days in the Class 4 IWC Schaffhausen Excellent Handicap (1400m), also in tandem with Purton.

"This race suited him because of the good pace. The draw was just okay but he got a good ride and it worked out,” Lui said.

"It's been a while, right? This season has been very slow. I've just got to keep this up now, get on some good rides and do better than last season,” Ho said, who combined with trainer Jimmy Ting.

Ting explained the gelding’s form last season “was very disappointing so I let him rest and early this season his form was not coming along so well, so he needed more time.

“After I tried blinkers, his form became better so that's why I put the blinkers on this time. I think he will still improve, he's not in top form and he will improve much more after this race.

Douglas Whyte’s persistence with God Of Dragon paid off when the seven-year-old produced his best to land the Class 4 Girard-Perregaux Excellent Handicap (2000m) under Jerry Chau.

“He's been a handful. He's not the easiest horse to work with in the mornings. He hardly gallops on the big track because he's very difficult but where there's a will, there's a way.

"He's been willing to accept to some of the other things we've been doing with him and I'm delighted for the owners,” Whyte said. 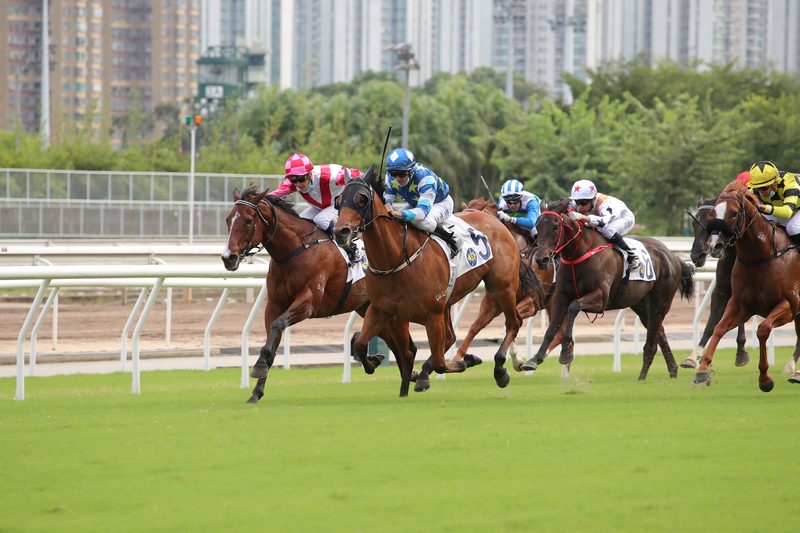