Royal Ascot winner Lord North is set to join his stablemate Mishriff on Dubai World Cup night at Meydan on March 27 after trainer John Gosden accepted an invitation to add his classy performer to the $4 million Group 1 Dubai Turf.

The five-year-old was introduced into the betting for the 1m1f contest by Paddy Power as 3-1 third favourite behind Saturday's Group 1 Jebel Hatta winner Lord Glitters and close third Al Suhail.

Lord North looked up for his Dubai assignment when impressing under Martin Harley around the Waterhall line gallop on Friday morning and has a history of going well fresh.

Last season, Lord North kicked off his campaign when edging out Elarqam in the Group 3 Brigadier Gerard Stakes at Haydock in June before his finest hour at Ascot when beating Addeybb, Barney Roy and Japan in the Group 1 Prince of Wales's Stakes. 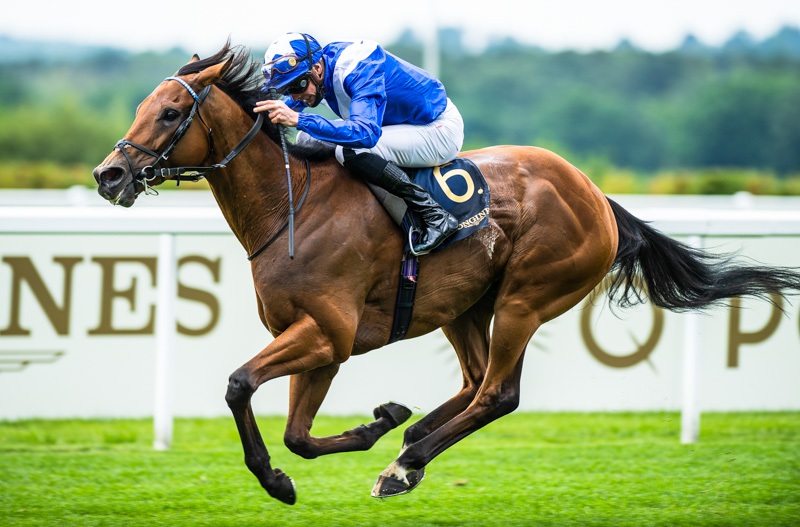 He finished the year with a very decent fourth in the Breeders' Cup Turf at Keeneland in November when tackling a mile and a half for the first time.

Gosden said: "Lord North has been invited to run in the Dubai Turf and he seems in good form at home so the plan would be for he and Mishriff to travel. Lord North goes well fresh and Mishriff seems to have come out of his Saudi Cup win in good shape, so it's all systems go for World Cup night."

As reported exclusively in the Racing Post last week, rather than tackle the Dubai World Cup, Mishriff will be aimed at the Dubai Sheema Classic in which he will run over a mile and a half for the first time.

The step up in trip is no concern to his jockey David Egan, who is looking forward to renewing his association with the star four-year-old.

The former champion apprentice said: "I've had a winner at Royal Ascot but winning the Saudi Cup was something else and it's took a good while to sink in. I hope to ride Mishriff again in Dubai where he should enjoy it as he likes training on the track – he was so relaxed when he was stabled at Riyadh racecourse. He finishes off his races so well that he should have no problem with stepping up to a mile and a half around Meydan."