Frankie Lor is expecting much the same from Reliable Team in Sunday’s HK$12 million G1 Standard Chartered Champions & Chater Cup (2400m) at Sha Tin but admits he won’t be afraid to see things change up if the go-forward grey doesn’t get his own way.

“We’ll see whether he leads, if he can it would be better, but if someone else goes crazy then maybe we’ll let them go and sit second or third which is better than going all out together so that he can’t finish,” Lor said. 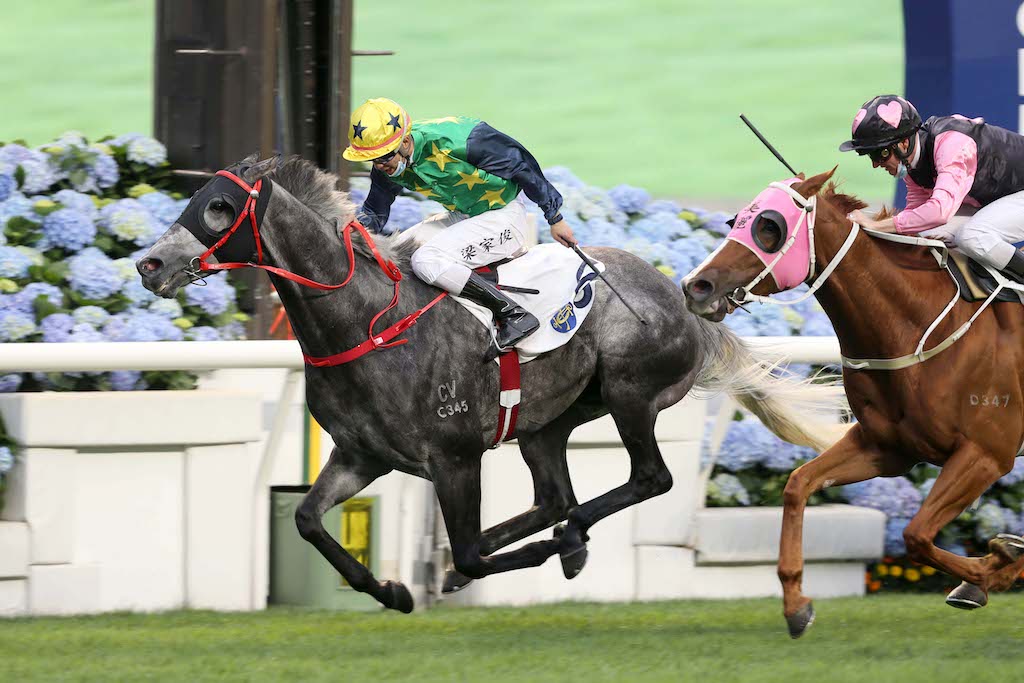 An on-pacer since his arrival in Hong Kong, Reliable Team has seven wins including his biggest scalp in November’s HK$4.75 million G2 BOCHK Jockey Club Cup (2000m). “His form is good, it depends on the speed in the race. Ka Ying Star is also in the race, so maybe he won’t lead, we’ll see,” Lor said.

Of Sunday’s field, Nordic Sky made all for a tidy win earlier this month, while Ka Ying Star is a chance to try and do the same this weekend as a Group 1 placegetter from the front in the past.

“The distance is no problem for him, it will all depend on who tries to lead and if we’re on our own out there it would be better, especially if we get a good draw, then it’s easier to get to the front,” Lor said.

Derek Leung takes the reins aboard Reliable Team this weekend, chasing a third win aboard the 110-rater. “We’ve been lucky, we won the Group 2 together when he hit the front and no one targeted him. So, he set the pace and had a bit of an advantage but he still picked up the pace when he needed to and you can’t do that without a good horse,” Leung said.

Last start the New Zealand-bred battled gamely from the front to finish midfield in the G1 FWD QEII Cup (2000m) at Sha Tin.

“After that win (in November) he had a few tough runs, he lost his form a bit. But he’s come back now and he seems good. Last start he was taken on a bit earlier and he had to use a bit of energy early, but you could see that he didn’t stop. It was a tough run, a good run and he’s been ok since that,” Leung said.

Reliable Team steps up to 2400m for the third time in Hong Kong and Leung has zero doubts regarding the trip. “I think he can go to 3000 metres, when he hits the front he switches off so well,” he said.

Leung is tracking towards a personal best season with 33 wins, hoping to better the 39 he racked up last campaign.

“This season has been great, I will try to break my own record and get a few more winners. I’ve had pretty good support, I’m always trying to grab opportunities and win a few more.

“My weight’s gone up this season, I’ve lost a bit of an advantage with that but I’m still doing great,” Leung said.

This season, Lor has 72 wins and is chasing a first top-level success since Mr Stunning’s win in the 2020 G1 Chairman’s Sprint Prize (1200m). Renowned for nurturing horses to early success, his eye-catching three-year-old Sakewin is expected to return at the end of this month with a bid to remain unbeaten.

“He’ll come out on the 29th of May, over 1200 metres and (since his last run) he’s come back, everything is fine, so we will see how good he is. This time he’ll have a big weight,” Lor said.

The Burgundy gelding has won both outings by a combined five and a quarter lengths.

Also for Lor, Master Eight will return later this season in search of a sixth win at his ninth outing.

“Last time he had a temperature and I don’t want to rush him or push him too hard, so there’s a target later this season for him in July,” Lor said.