Logan, Beasley in search of that Victory Smile again

Donna Logan and Danny Beasley have turned back the clock by two decades.

In 2002, the Kiwi handler targeted the rich pickings in Australia by crossing the Tasman Sea with a longshot named Victory Smile, returning from her daring raid with the biggest success of her training career thus far – the Group 1 Metropolitan Handicap (2400m) at Randwick.

Beasley was the one who steered the 20-1 chance from last to first that day (October 7, 2002), handing Logan one of her three Group 1 successes in Australia (other two are Rising Romance in the 2014 Australian Oaks and Volkstok’n’barrell in the Rosehill Guineas). 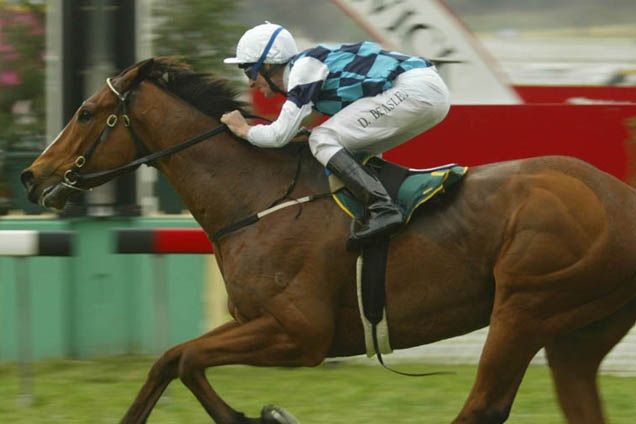 The pair have not had the chance to recombine since, with Logan focusing her career back home in New Zealand and Beasley yet to tick the Land of the Long White Cloud off his bucket list of places to ride in, and then moving permanently to Singapore in 2007.

Fate has made their paths cross again when Logan also relocated to the Lion City lock stock and barrel (yes, pun fully intended, with Volkstok’n’barrell, too) at the beginning of 2018. Beasley had then quit race-riding and was the assistant-trainer to Daniel Meagher – whose stable block happened to be opposite hers at Kranji!

Racing is indeed a small world! From the morning ‘G’day’ to the former jockey and reminiscing once in a while about Victory Smile over a cup of coffee, Logan is a couple of days away from fulfilling what was just “if only I could put Danny back on one of my horses one day” wishful thinking a few months ago.

She is giving the Australian rider a first leg-up on one of her horses this Saturday, Super Dynasty, one of eight horses transferred from the just-departed Lee Freedman, in the $85,000 Class 2 race over the Polytrack mile.

The 45-year-old jockey recently came out of retirement, and has already ridden a winner, Lim’s Unique at his second day back last Saturday, restarting a win-meter that was supposed to have stopped at 528 with Kolombia in July 2017.

To suggest Super Dynasty will take Logan back to the Metrop heights would be pushing it, but the former Ruakaka-based trainer was just thrilled at the chance of reuniting with a jockey who, from playing such a significant part in one of her career highlights became a next-door stable neighbour in Singapore in the last three years.

“At first, we wanted to put Iskandar Rosman on as he knows the horse well, but he’s currently suspended. I then thought of Danny, who is such a good asset to get on board,” said Logan.

“I’ve known Dan for years, he and I won a Group 1 race in Australia with Victory Smile, so it’s not that I don’t know him. It’s great to give him a ride again after all these years.”

Beasley reciprocated the excitement of linking back up with Logan after 19 years, remembering with fondness the chain of events that led to their fortuitous association.

“I didn’t know Donna then. When the Kiwis send their horses up to Melbourne, they are generally better than ours, and we always keep a lookout for these horses,” said Beasley, recalling the race like it was yesterday.

“There’s a bit of a back-story to that. I won at my first three rides on a horse of Gai Waterhouse’s and owned by (the late) Eduardo Cojuangco (San Miguel beer owner) called Red Trinket, but lost the ride after I finished second on him in the lead-up to the Metropolitan.

“Gai put Kerrin McEvoy on in the Metropolitan, and I became available, and that’s how I got to get the ride on Victory Smile, and the rest is history.

“He was a big bold fella, and I remember the soft track suited him in the Metrop. I dropped him back and he finished off good.

“That was the last time I rode for Donna. It’ll be a great pleasure to ride for her again this Saturday.

“She’s such a good trainer, she was highly regarded in New Zealand, where she had a career that speaks for itself.

“She’s done a good job when she came across in Singapore. Obviously, I’ve never ridden Super Dynasty in trackwork, but I know he’s the type who either wins or finishes down the track.

“He’s drawn wide, so we’ll have to get him going early.” 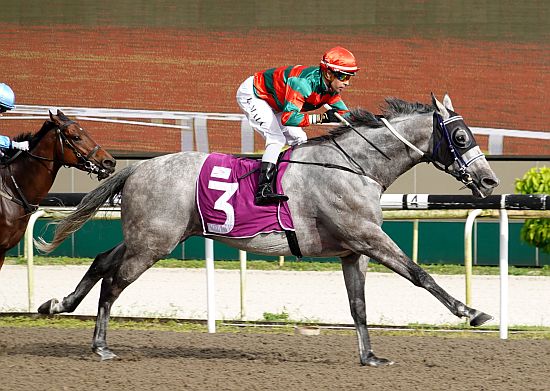 Logan is banking on Beasley’s experience to bounce the Fastnet Rock grey out of the machine for that prominent spot early.

“I feel Danny’s riding style will suit Super Dynasty, who’s more suited by leading and who will come into the mix when he has things his way. That’s what he likes to do,” said Logan.

“The track and distance are to his liking, too. It’s just that I’d have liked to see him closer in (in the barriers), but we’ll know a lot more after the race.”

With seven wins including the Group 3 Colonial Chief Stakes (1600m) under the belt, Super Dynasty is on paper a handy addition to Logan’s stable, but the future blueprint to transfer horses is almost always like starting with a clean slate.

“I still need to get to know the horse. He’s arrived in good order, but you always hope you are doing the right thing – you can only but try,” said Logan.

“I’m lucky Lee’s Japanese track rider Tats (Tatsuaki Fujinuma) has also joined me. He used to ride most of these horses for Lee, and he said Super Dynasty feels as good as he has always felt.”

From the other Freedman transfers, Muraahib is up to now the only one to have raced for Logan for one second from three starts.

“Muraahib has been beaten by the weights. At his last run, a horse with only 47.5kgs won (Sacred Croix), that was a lot for him to give away,” said Logan.

“I have been very encouraged by his runs. He is not proven at the mile, but he’s indicating to me he will get the mile.

That same day is the intended date for arguably Logan’s best acquisition from Freedman – Minister.

“Minister will trial next week, and he will then run in a 1200m race on turf, which will be more like a pipe opener to him,” said Logan of the lightly-raced US-bred five-year-old by Street Sense, a winner of three from nine at Kranji.

“He’s not an easy horse to work, he stops all the time, he’s just not gonna go. That’s why he trialled a lot with Lee.

“I could have trialled him again, and run him straight into a mile race, but I would rather race him and use that race as a stepping stone.

“He’s a stayer there is no doubt about that, but I had to kick off somewhere.”

With the trio of Minister (95), Muraahib (90) and Super Dynasty (85) the first horses other than Volkstok’n’barrell (who unfortunately never acclimatised at Kranji and neither in Australia where he subsequently joined Melbourne Cup-winning trainer Danny O’Brien) to rate higher than 80 points in her yard, Logan finally gets to showcase what she can do with better quality horseflesh.

“I’m getting a new lease of life with those horses. It’s great to finally have that class of horses to work with,” she said.

“My Big Boss is another exciting horse, but he just had surgery and is currently having a box-rest. I think one or two might head up to Malaysia, but we’ll see.

“Other Group 1 winners are Good Faith, Vapour Trail and Valley Girl, but they were in New Zealand. The Australian Group 1 races are the hardest to win.

“It’s fun to have quality, there is a spring in your step when you get out of bed in the morning. Good horses need more of a training technique when you target these big races for them, so they can get a start.

“I’m very grateful to these new owners from Lee, like Mr Andre Lim (Super Dynasty), whom I’ve never met, and the King Power Stable to send these horses to me. I hope we can have some success together.”