The supremely-bred Dajraan (GB) is set to make his eagerly awaited debut Down Under on Wednesday when the recent import lines-up in the last of eight races scheduled for Warwick Farm in Sydney on Australia Day.

A 4-year-old son of the mighty Frankel from the relatively recent Golden Slipper winner Mossfun, Dajraan (GB) was bred overseas and trained out of the Kevin Ryan stable in Yorkshire before his switch of hemispheres late last year to be campaigned in the first set of colours of his breeder, Emirates Park.

Dajraan (GB) proved to be a sharp improver during the summer months of his 3-year-old campaign in England, winning at Redcar over 1408m to open-up his winning account and then again over the same distance at Leicester two starts later.

In between his only two wins to date, the untapped entire ran second, again at Leicester, and showed just as much fighting spirit when going under as he did when twice saluting over the imperial equivalent of 1400 metres.

Now trained by Gai Waterhouse and Adrian Bott at Randwick, Dajraan (GB) has been seen at the trials on two occasions. The first witnessed him score over 890 metres at Canterbury Park with the likes of Jamaea and Aim in the field, and the second saw him run a close second to subsequent winner Silent Impact.

Dajraan (GB) begins his first local campaign with 61kg to carry over a distance which appears to be short of his best — he relished seven furlongs on straight tracks in England and gave every impression that he’ll ultimately be seen at his best over a metric mile.

No matter what he does on Wednesday however, the potential stallion prospect has the profile to leave his mark on the autumn carnival if he can live up to his bloodlines and his UK summer promise.

tab.com presently have Dajraan (GB) a $3.20 second favourite for his debut outing in Australia. James McDonald takes the ride as he did in each of his two trials in preparation. 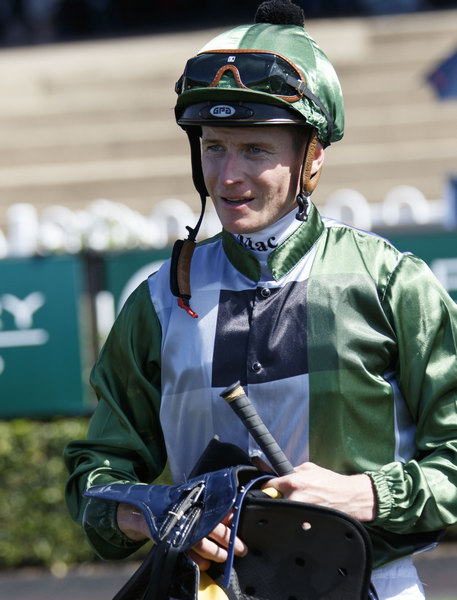