Homesman and Johannes Vermeer - horses that have been placed in the past two Caulfield Cups - will not contest this year's $5 million feature.

The news is likely to have significant ramifications for Caulfield Cup betting and the weight scale for this year's race.

That higher-weighted trio is widely expected to miss the Caulfield Cup, therefore leaving Homesman as the next highest.

Homesman's absence from the race may now mean that G1 Winx Stakes winner Samadoubt and British import Mirage Dancer, who were both handicapped with 56kg, share the status of topweight with weights raised by a kilo.

2017 Caulfield Cup third placegetter Johannes Vermeer, priced at $26 for the Caulfield Cup, had been handicapped with 55.5kg but hadn't passed the first ballot clause for the race.

His only start since finishing runner-up in the 2017 Melbourne Cup came in this year's G2 Blamey Stakes (1600m) at Flemington on March 2, when he settled last in the 14-horse field and closed strongly for fourth, 2.25 lengths behind Fifty Stars.

Yucatan, who is a $17 chance with BetEasy in Caulfield Cup markets, has raced just once after finishing 11th as favourite in last year's Melbourne Cup (3200m), resuming in last Saturday's G1 Makybe Diva Stakes (1600m) at Flemington and coming 12th of 15 starters, 6.5 lengths behind Gatting.

Williams has five other horses remaining in Caulfield Cup contention. King Of Leogrance is a $51 chance for the Caulfield Cup while Exemplar, Douglas Macarthur, Venice Beach and Spanish Steps are all priced at $101.

Williams, who holds the record for an owner of winning the Melbourne Cup on six occasions, has won the Caulfield Cup just once with Fawkner in 2013.

Mr Quickie and Constantinople are joint favourites for the Caulfield Cup at $13 with BetEasy. 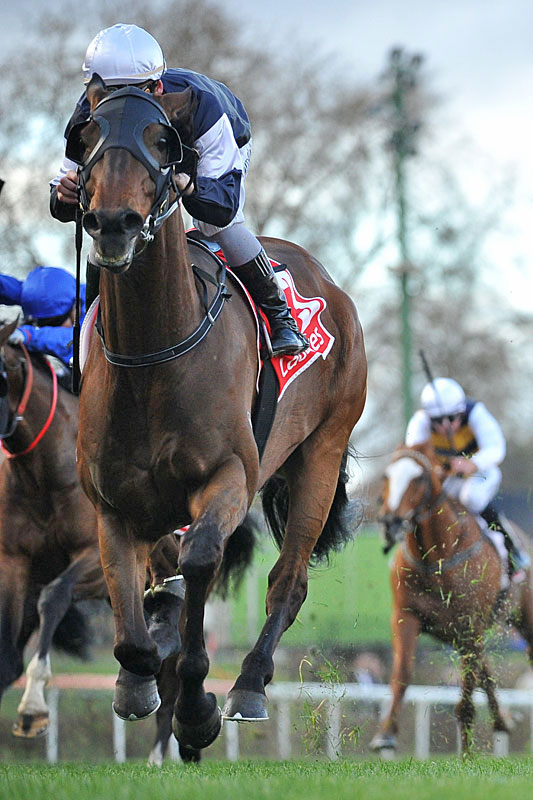