Rejuvenated sprinter Special Reward (by Demerit) has notched his second Listed win of the summer with a super performance in the $150,000, Listed, Carrington Stakes (1400m), leaving trainer Kris Lees to ponder his next move.

Making light of his 59kg top weight, the six-year-old emerged from the pack halfway up the straight and sprinted clear to defeat Through The Cracks (by Wanted) by a length, with stayer No Compromise (NZ) (by Pins) running a cheeky race first-up, another short half-head in arrears. 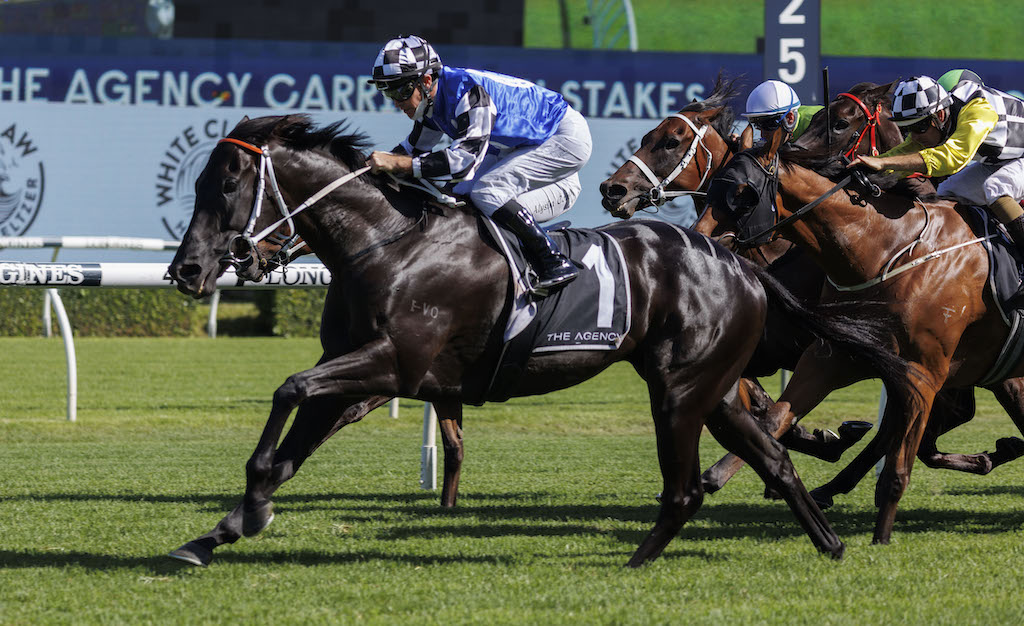 After losing form last year, Special Reward’s career looked to be at the crossroads, but Lees said he never gave up hope the dual Group 3 winner could turn things around.

“We didn’t lose faith because he was working so well at home, so it’s not a huge surprise and it’s good to see some consistency,” Lees said. “He had a bit of a lull for twelve months but he has found his form again.

“It’s satisfying to see him win because he was purchased [from Western Australia] for a fair bit of money when he came to us and he’s won more than a million dollars.

“He is getting up in the weights, so we’ll have a think about it and back off him at some stage because he likes a bit of give in the ground.”

Glyn Schofield partnered Special Reward to his Razor Sharp Handicap victory in December and reunited with him to add Saturday’s 1400 metre feature. In between, the gelding finished runner-up in the Christmas Classic at Canterbury and Schofield said the horse’s zest for racing had been reignited.

“Credit to Kris, this old horse, he has got him in a good frame of mind,” Schofield said. “He just wants to get to the races and he wants to compete, which is very important for these older horses, especially a horse like him who has rediscovered his form and rediscovered his mojo.

“I put him under a little bit more pressure a bit earlier today and I was glad to see him really respond and find the line for me.”

The Randwick meeting was a fruitful one for Tim Clark who piloted three winners from just five rides, opening his account aboard Silent Impact for Tulloch Lodge and adding a double aboard Godolphin pair Plymstock and Lackeen.