The $200,000, Group 3, Blue Diamond Preview for fillies over 1000 metres at Caulfield on Wednesday sees three two-year-old come together in what could be the most competitive contest of the day.

While Philosopher takes on the colts’ division earlier on the card, Jewellery — who finished second to Philosopher at Caulfield on 8 January — is favourite with TAB at $3.90 in the event for fillies, together with Bistro, who won at Sandown Hillside on debut in early December at $8.50.

Between both of those horses in the market is the Ciaron Maher & David Eustace-trained Latizia at $4.80. 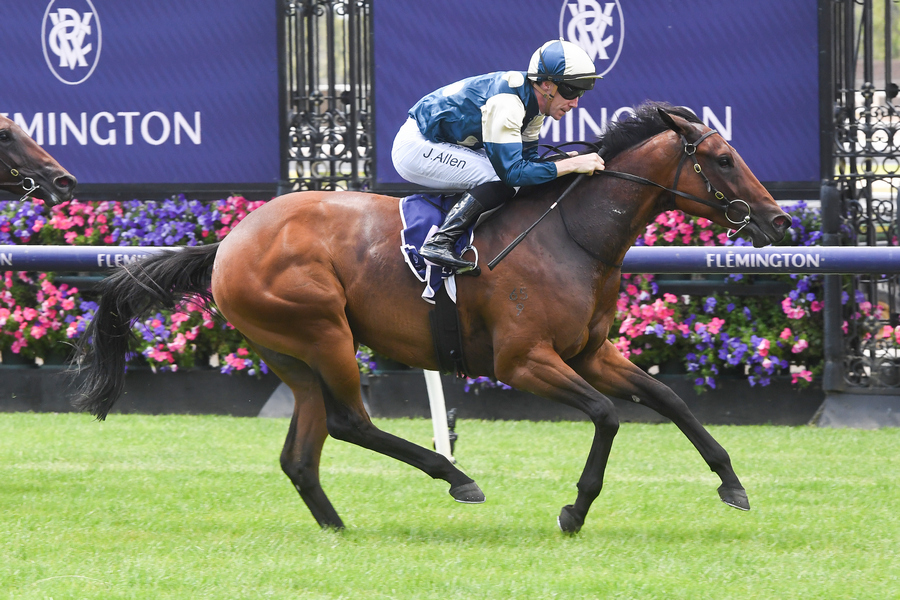 The filly by Capitalist led all the way to win at Flemington on 1 January and more than three weeks later, Maher is as impressed with her now as he was back then.

“She was very impressive on debut and it looks like she will gain a lot from that race day experience,” Maher told RSN. “Even though she won quite well, she looked to wander around quite a bit and she’ll be better for that.”

Drawn the outside barrier 14 from the Caulfield chute, Maher is happy for jockey John Allen to steer wherever the filly is comfortable to be.

“I’m not overly concerned with the barrier,” Maher said. “There’s not much of a turn there at Caulfield and Johnny knows her well, and he’ll ride her where she’s comfortable.”

The Maher and Eustace stable won the Fillies Preview back in 2020 with A Beautiful Night, who was also ridden by John Allen.