Consistent sprinter Magnum will commence what will likely be his last preparation at Ellerslie on Saturday.

The Lauren Brennan-trained gelding will carry topweight of 59kg in the Otakiri Reserve 1400 with leading hoop Opie Bosson aboard.

The track was rated a Dead4 on Friday morning, which Brennan said would suit her charge.

“I am very happy with him,” she said. “He may need the run. He has had the one trial leading into it, but the firmer track and heavier weight should be okay for him.

“I was worried if the heavens opened up, being topweight, he might have struggled through that ground.

“He really only performs up to a Dead6, so it should be good for him.” 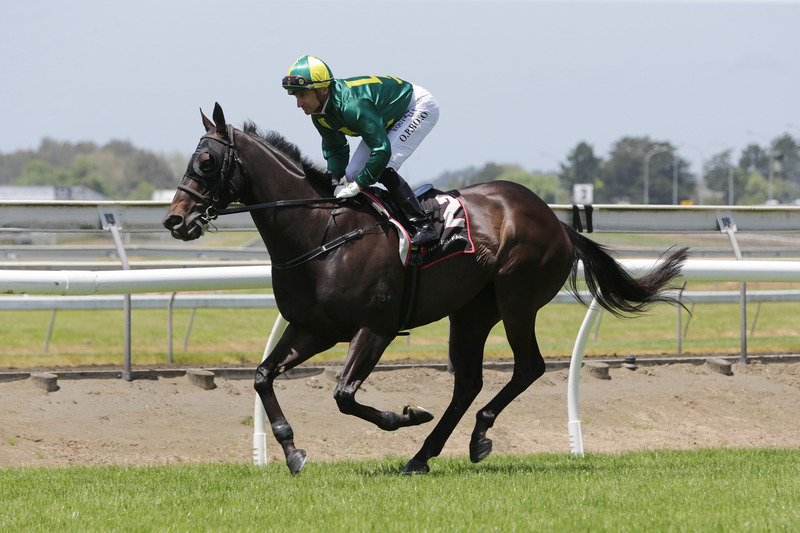 All going to plan, Magnum will head to the final day of the Hawke’s Bay Spring Carnival to target the Gr.3 Red Badge Spring Sprint (1400m), a race he has finished third and fourth in the last two years.

“This will be the lead-up race to the Red Badge Sprint and then he will head onto that if he still wants to be a racehorse,” Brennan said.

“He is lightly raced since he has been back from Singapore, so we will just look after him and just pick and choose a couple of races for him. This will be his last season.

“He seems to be really well in himself. He doesn’t act like an eight-year-old, he acts like a two-year-old sometimes.”

Magnum will likely be joined in the Red Badge Sprint by stablemate Vigor Winner.

The five-year-old gelding finished third first-up over 1200m at Hastings last Saturday and Brennan is setting him on a path towards the Gr.2 Coupland’s Bakeries Mile (1600m) at Riccarton in November, a race he finished runner-up in last year.

“We are aiming for the Coupland’s Bakeries Mile, so we will probably go from the Red Badge to the Coupland’s if he performs on the last day at Hastings.

“He will have a slightly heavier weight than he carried last year, but we know he runs well at Christchurch, so you have got to have another go.”

Meanwhile, Brennan will also be keeping an eye on New Plymouth on Saturday where stable runner Vadavar will line-up in the Twilight Friday Races 23 October & 20 November (1800m).

The track was rated a Heavy10 on Friday morning, which Brennan said would be ideal for the six-year-old entire.

“He has drawn wide (17) on Saturday, which doesn’t help, but his win at Te Rapa was quite impressive. He showed a turn of foot on a heavy track.

“He is well and I couldn’t be happier with him.”

Nominated for the Gr.1 Livamol Classic (2040m), Brennan said he will now bypass the race in favour of the Listed Feilding Gold Cup (2200m) at Awapuni next month.

“We just put a nomination in (for the Livamol) just in case it came up wet,” Brennan said.

“We had a drier winter and thought the rain might catch-up at some stage. He will probably end up going to the Feilding Gold Cup at the end of October.”