Last Group 1 chance for the McEvoys from historic SA base

The Tony and Calvin McEvoy training partnership will have two last chances to win a Group 1 race before the gate is shut at their historic property at Angaston in South Australia. Savatoxl and Frankie Pinot are among acceptances for The Goodwood (1200m) at Morphettville on Saturday as Kildalton Park in the Barossa Valley begins to wind down with the racing operation transferring to Ballarat in Victoria.

Calvin McEvoy said Savatoxl was in top order to land back-to-back wins in The Goodwood. A last start second in the Group 3 D C McKay Stakes (1100m) at Morphettville on May 7 gave him confidence that Savatoxl, from gate seven on Saturday, was back in form. It followed a poor 11th first-up at Sale first-up on Good Friday when he was diagnosed with a case of the thumps post-race.

“We were confused out of Sale,” McEvoy said. “It was a funny race, shifty track and he pulled-up with the thumps and that explains everything.

“Initially we were disappointed, so we just had to put a line through it.

McEvoy said it was a tough day getting to Sale from Ballarat for Savatoxl’s first-up outing.

“He didn’t drink a lot that day, he was a little bit dehydrated, and he had muscle stress,” McEvoy said. “You give them a couple of easy days, a saline drench and the salt and they come good.”

Savatoxl travelled back to Angaston to prepare for the McKay Stakes and a repeat win in The Goodwood in which he carries 2.5kg more this time around. McEvoy said he had trained on well but did not get any benefit out of his first-up run.

“Being taken on from the 800 (metres) last time just made it a tough run and his condition gave out late, but it was nice to see him back,” McEvoy said.

Frankie Pinot’s hopes will be enhanced should rain fall in the lead-up to The Goodwood after his first-up win in the Listed Wangoom Handicap at Warrnambool on May 4. “The heavy track at Warrnambool really brought him into that race, but he’s come through that run and he’s in terrific order,” he said. 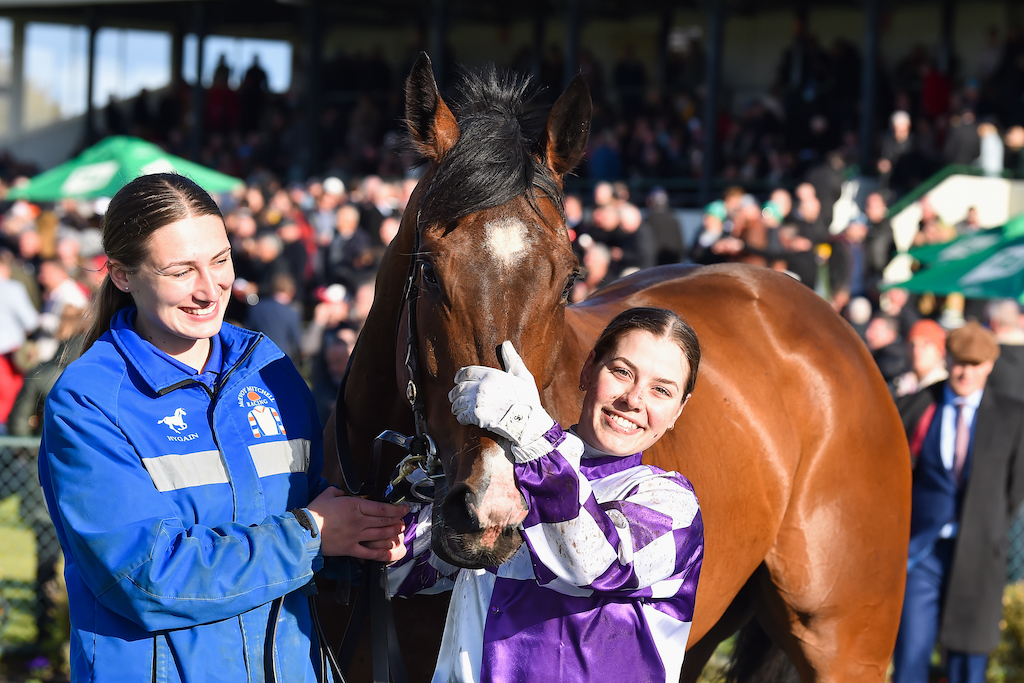 Wangoom winner Frankie Pinot is one of two Goodwood chances for the McEvoys, picture Racing Photos