Connections of Caulfield Cup winner Mer De Glace (JPN) have Damian Lane to thank for more reasons than one.

Not only did the star Australian jockey steer the Japanese stayer to a breakthrough Group 1 victory in Saturday's $5 million Caulfield Cup (2400m), but he convinced them to travel the horse to Australia in the first place.

During his fruitful riding stint in Japan earlier this year, Lane rode the son of Rulership to victory in both the Grade 3 Niigata Daishoten (2000m) and the Grade 3 Naruo Kinen (2000m).

It was after the latter that Lane hinted to trainer Hisashi Shimizu that a crack at the Caulfield Cup should be on the radar for the progressive stayer.

"I'm just so rapt he's done the job for everyone today," Lane said.

"I sort of planted the seed the second time I won on him and connections were really happy to come because it looked like he was going to get 53kg but then he won again and it was questionable because he was going to go up to 55kg.

"I just begged them to come because I knew 55kg was still a winnable weight so I'm forever grateful that they brought him out here."

The win came courtesy of a patient ride from Lane, who was happy to bide his time on the five-year-old at the rear of the field.

He found the back of eventual runner-up Vow And Declare when that horse was improving into the race at the 800m before taking the lead from Finche with 150m to run. 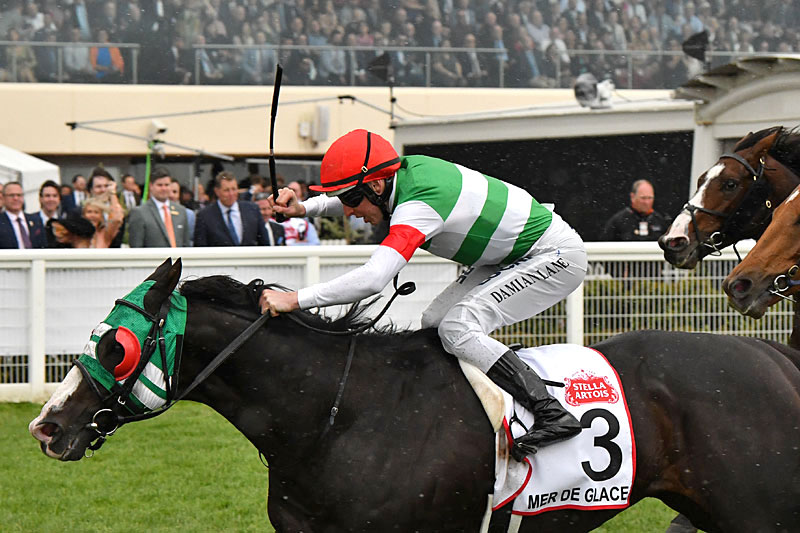 Lane said he expected Mer De Glace - now the $9 second favourite in BetEasy's Melbourne Cup market - to line up at Flemington on the first Tuesday in November.

"I couldn't go the speed early so I just took my medicine and rode him cold," he said.

"He switched off good for me and he was going to win a long way out.

"He's not much to look at but he's just a tradesman, he keeps turning up and winning.

"I'd say from the run today he'll go on to the Melbourne Cup."

Lane's Japanese links could bear more fruit in the coming week with the jockey locked in to ride BetEasy's $3.50 favourite Lys Gracieux in Saturday's $5m Cox Plate at The Valley.

He became the sixth internationally trained horse to win the Caulfield Cup since the first international runners in 1998, a year after Best Solution's victory. 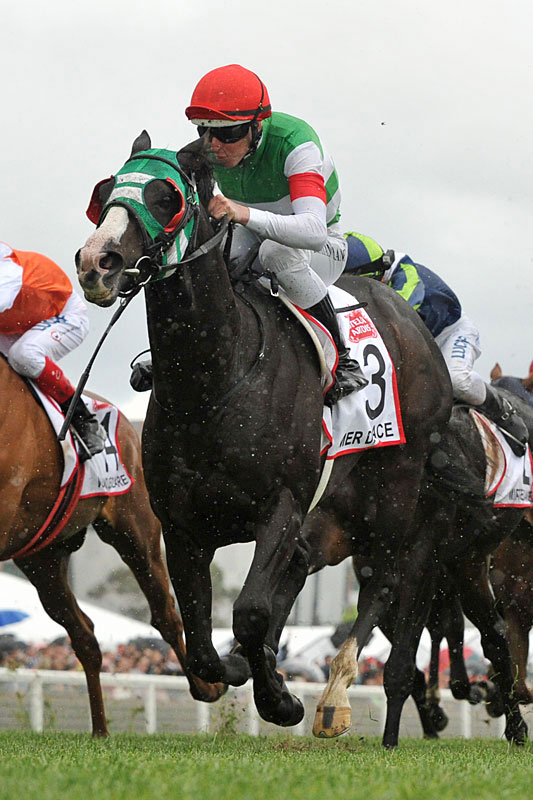