The $160,000, Group 3 Bill Ritchie Handicap (1400m) provided another close finish on a day of them at Randwick on Saturday when Chris Waller’s Kolding under Glen Boss snatched the win in the last stride over Fierce Impact (JPN) and Nash Rawiller.

The two senior jockeys extracted the best from their respective mounts with Fierce Impact (56kg)  and Rawiller bursting through immediately inside Kolding (57kg) from the 200m and taking a half length margin. They looked to have the race, but that was before Boss rallied Kolding again and inside the final 100m they came back against Fierce Impact even with the additional 1kg to take a head victory.

Lost in the battle upfront was the good third by Desert Lord (High Chaparral) (54.5kg) and Tommy Berry after leading the field up. The margin was 1 3/4L. The $3.90 favourite Cascadian (GB) was fourth after not receiving running room for most of the straight.

“That was a great finish. Shows you what the bob of the heads does in terms of luck on race day,” said Waller.

“It is a good weight. He has a sense of timing. It is the race we have set him for after running in the Queensland Guineas. And he has got the right colours too. It was good to see him fight strongly the last 50m when it looked like he was going to be beaten,” he said.

“He is a very good horse. He is a quality individual with a real presence about him. He is a good feel horse. As soon as you get over his neck you think gee you have got some quality. It gives you a bit of confidence before you get to the start that you are on a really good horse," said Boss.

“I was confident at the top of the straight that I was going to run really well but when Nash on Fierce Impact put three quarters of a length on me really quick I thought oh gee that’s just too good but to his credit he lifted when I asked him to. That’s a good sign heading towards the Epsom.”

Kolding, a four-year-old Ocean Park gelding out of the Danzero mare Magic Star, was winning for the sixth time for regular Waller stable supporter Neville Morgan. With four placings from his 13 starts he has earned stakes heading towards the half million mark at $451,000. 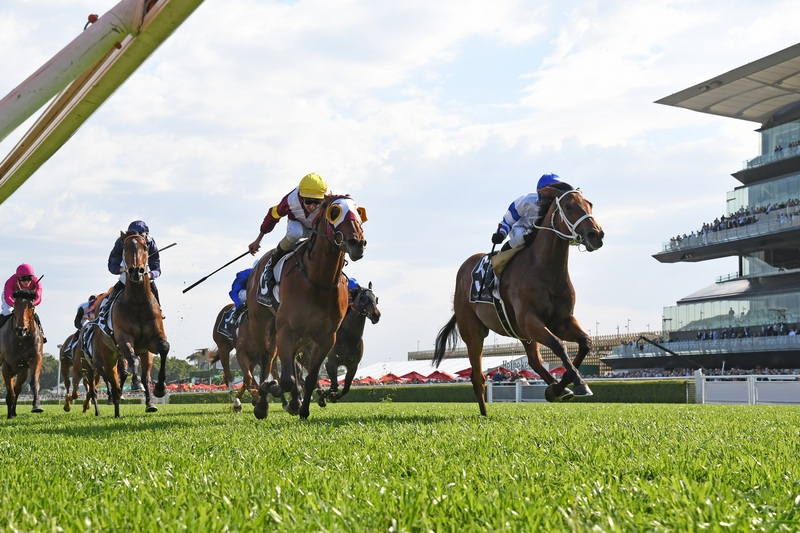 James McDonald (Avantage): “Just needed the run a little bit, she’ll improve as she gets further into her preparation.”

Luke Currie (Archedemus): “He’s coming along nicely, he still needed that, he’ll be better when he gets out to the mile and can dictate.”

Brenton Avdulla (Star Of The Seas): “He trialled well.”

Kerrin McEvoy (Cascadian): “A little bit sluggish out of the gates, he travelled nicely, he settled after a furlong. Had to cut the corner a little bit, we were going for tight runs and we got buffeted around a little bit which didn’t help his finishing effort. All in all a nice second run in Australia, I think he has improvement still to come, his coat is still getting there. He’s one to keep an eye on.”

Nash Rawiller (Fierce Impact): “Had a lovely run, I tried to time my run as best I could, but just got beat by a better horse on the day. It was a great effort.”

Jay Ford (My Xpression): “She was good, she tracked into it really strong, but the last furlong she failed to close it off.”

Tim Clark (Purple Sector): “Really good return, he’ll improve a lot of that. He’s okay on the track, but a drier track will suit him even better.”

Tommy Berry (Desert Lord): “Massive run, he had the tough first up run, he’s a horse who has to be 100 per cent fit, he puts himself under pressure pretty much the whole way with his galloping style. Third up he’ll be spot on.”