King's Stand winner Oxted out for the season with injury

King's Stand Stakes winner Oxted will be out for the remainder of the season after undergoing surgery for a leg injury.

Trainer Roger Teal revealed on Monday that scans following the five-year-old's third place in the July Cup revealed a chip in his stable star's near fore knee.

Teal said: "We had to rule out the rest of this season. He's had a little floating chip for a while, but when he hung in the July Cup we decided to have him x-rayed again.

"The vets said to get a better picture we should have an MRI scan, which we did and you could see it had moved slightly, going in between the joint.

"It was starting to go into the wrong place so we decided to have it removed, so he had the operation last week and got it flushed out. It all went very well and he's back home safe and sound and had the dressings changed today.

"We want to do the best by him, and everyone was keen to have it removed. There was no damage to the cartilage, which is great."

The dual Group 1 winner finished one-and-a-quarter lengths behind Starman at Newmarket when hanging noticeably right within the final two furlongs, one month after storming to his first Royal Ascot success.

The gelding had an early entry for Haydock's Group 1 Betfair Sprint Cup in September, for which he was a 5-1 shot.

As for 2022 targets, Teal added: "We'll probably concentrate on the same races again with the King's Stand, and perhaps start in the Abernant at Newmarket or the Duke of York as a prep. Then there's always the July Cup after Royal Ascot too." 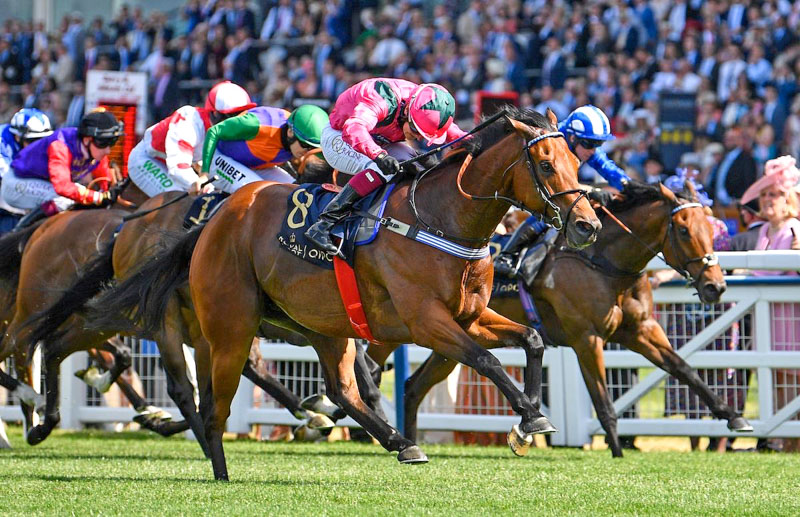