King eager to link up with Oceanex

The daughter of Ocean Park has started her career with two wins and two placings and is the favourite for Saturday's Flemington Event Staff Handicap (2000m) following an impressive last-start victory over a mile at The Valley.

"I've been getting a lot of support from Mick Price, very fortunate to be able to take the steer on a filly going places," King said.

"It looks a winnable race for her, obviously she's quite progressive and every time she's going out I think she's getting better and better and I think Saturday we'll see the best of her."

The three year-old impressed when hitting the line strongly on December 29 and King thinks the step out in trip to 10 furlongs will suit her perfectly.

"One hundred per cent, it's probably not the end goal for her but I'm happy to play a part in it and I think the three kilograms coming off her back with a nice run in transit she should be pretty hard to beat," he said.

"I'm really happy with the way she's progressed this preparation and if she can run top-two or even win I'd be pretty happy, I think the connections would too." 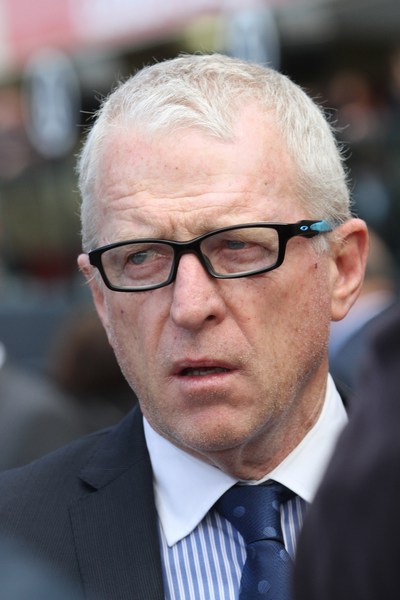 King was also bullish about the chances of High Chaparral gelding Pedro Ximenez in the staying race.

He partnered the five-year-old two starts ago to finish fourth at Flemington but missed the run in the $160,000 Bagot Handicap due to suspension.

"I think he's up there as my best chance with Oceanex," he said.

"I really, really like this horse, I've got a lot of time for him, I rode him at Flemington a couple of starts back and straight away got off him and said I want to ride him in the future.

"After that run unfortunately I was suspended but he went to the Bagot and ran a good race.

"He's coming down in a small field, I think it's a field of eight or nine, he's drawn well, he just gets back and runs on.

"He's only got 51kg, he's never had that in his life and I think he's going to lap up the distance."

King also partners another Mike Moroney runner at Headquarters, Zoffany gelding Barthelona, a horse he knows well having ridden him for multiple victories at the same track.

The young hoop partnered the five-year-old to a seventh placing first-up at Caulfield earlier this month, but King thinks he'll take a lot of improvement from the run.

"I think this horse he just needed the run first-up," he said.

"I rode him a couple of times at trackwork and he is pretty fresh.

"I got on him last prep towards the end of his prep, when he was sort of up and firing.

"He's a horse that obviously needs to jump and bowl along at that same pace.

"The other day he ran a good race without winning, it was a bit of a messy race, he was sort of huddled up on the rail there but I think down the straight plenty of room, he gets a claim and I think he's going to come through that run really well so I think Mike will have him pretty spot on for Saturday."