Year after year, Yuga Kawada has been one of the leading jockeys in the Japan Racing Association. Nearly every year, he has ended it with an award of some kind, most often the Japan Racing Association award for the highest win percentage of any jockey riding that year. He racks up the graded stakes victories in succession every year and 2021 has been a banner year for a jockey in his prime. 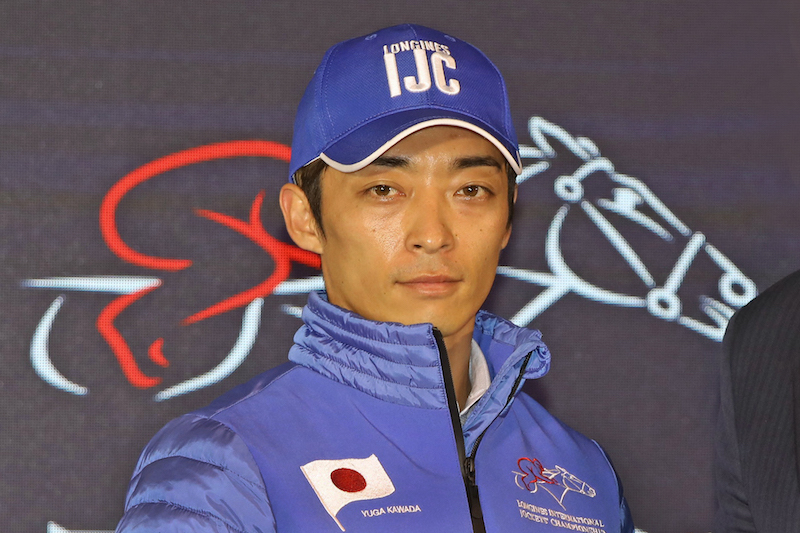 In 2019, he attended the LONGINES International Jockeys’ Championship (IJC) and this year has been invited back again.

Two years ago, he finished second in the first leg behind Ryan Moore and ended the challenge with six points, tied for fourth place with Silvestre de Sousa and Joao Moreira. While it wasn’t the result the competitive rider would have wanted, he still felt like he gained valuable experience from participating against leading riders from around the world.

The 36-year-old jockey goes into the event this year as well as the LONGINES Hong Kong International Races (HKIR) following an excellent year riding at home and abroad.

“Making history on the first Japanese horse to win at the Breeders’ Cup is definitely a major highlight of my career. The win there is probably one of the victories that means the most to me as a jockey,” Kawada said.

Despite the accolades, he still remains humble and appreciative of opportunities like riding at the LONGINES IJC. “I am honoured to be invited again to a stage where only the world’s best jockeys are permitted to participate,” Kawada said.

“I really want to win the IJC in Hong Kong. I have already won the 2019 World All-Star Jockey Challenge in Japan and the 2019 Shergar Cup, but I would really like to add Hong Kong to that list.”

Kawada has shown in multiple other international competitions just how good of a jockey he is and will be set up again to give it his best next week.

Going into the LONGINES IJC, Kawada should be very confident in his mounts at the LONGINES HKIR as well. He will be aboard his Yasuda Kinen winner Danon Kingly again in the G1 LONGINES Hong Kong Mile (1600m). In October, the pair had a solid tune-up together in the G2 Mainichi Okan (1800m) finishing second.

Kawada also reunites with Danon Smash, who he rode to victory in the Takamatsunomiya Kinen back in March. He did not ride Danon Smash when he won the Hong Kong Sprint (1200m) last year, nor in his disappointing attempt at the G1 Chairman’s Sprint Prize (1200m) back in April. They were paired together in the G1 Sprinters Stakes (1200m) in October, where the son of Lord Kanaloa had to overcome a bad break and work his way up from the back of the pack to finish sixth.

Ultimately it will be Kawada’s reunion with Loves Only You in the HK$30 million G1 LONGINES Hong Kong Cup (2000m) that will bring the most media attention this year. He expertly weaved the mare between challengers to get up for a decisive win at Del Mar, so the two clearly have chemistry.

“We have a lot of confidence going into the Hong Kong International Races. The Breeders’ Cup should have been a great set-up for her to have a big final race in Hong Kong this year.

“Mr Yahagi and his staff have a great deal of trust in her condition, especially after all her travels this year. The travel doesn’t seem to affect her, and the Yahagi Stable has done an amazing job keeping her in her prime all year,” Kawada said.

Year after year, Yuga Kawada keeps leveling up and breaking new boundaries, not only for himself but, in some cases, for his entire country. As he retakes the international stage in the IJC, he will compete with more experience and confidence than ever before. Both of those qualities are vital going into a competition against the world’s best jockeys, all vying for the same prize.