Kah back doing what she does best

Star female jockey Jamie Kah was back doing what she does best when producing a picture perfect ride on Smokin’ Romans (NZ) (by Ghibellines) to claim the $300,000, Listed, Sportsbet Pakenham Cup (2500m) on Saturday’s feature programme staged in Victoria.

Back in the saddle after serving a suspension due to a breach of Covid-19 protocols, Kah sat just behind a strong pace in the final Country Cup of the year before assuming control of the contest early in the straight and then never appearing likely to be caught thereafter.

The Kiwi-bred 5-year-old won by a clear couple of lengths from 2021 Adelaide Cup winner Good Idea (by So You Think (NZ)) in second, and last start Flemington winner Team Captain (Ire) (by Galileo) in third. 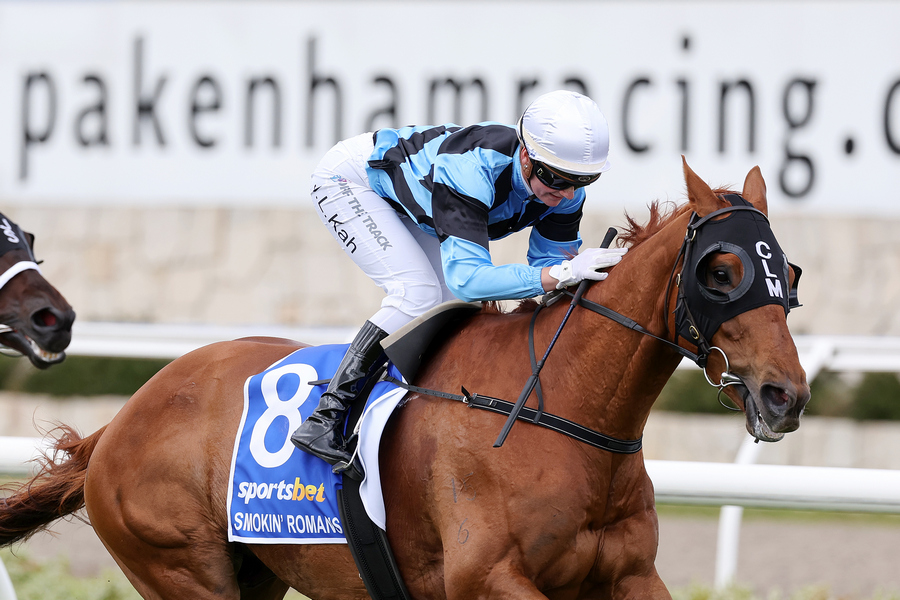 Smokin’ Romans (NZ) is trained by Ciaron Maher & David Eustace and was a last start runner-up in the Bendigo Cup in October. Kept relatively fresh for today’s assignment, the progressive stayer traveled strongly from pillar-to-post and had the race in his keeping a long way from home.

A delighted Jamie Kah stated in her post-race interview: “It’s great, terrific to be back, it’s amazing, I’ve missed it greatly. To come back and get a winner like that is very rewarding and I’m just happy to be back.

“This horse — it just gives Ciaron and Dave so much credit. He’s been up so long and I’ve never seen him look so good. He was amazing out there today and made my job easy and I got the spoils…

“I knew I had a fit horse underneath and knew if I wanted to go I could, but I wanted to give him the easiest run I could early. He does it all himself, he could feel them coming and he just quickens up when they get to him. He’s push button, a really lovely stayer. He’s push button and with the blinkers on, he was really keen on the turn and I had to let him go.

“He’s come through his grades perfectly and well done to the team and the owners.”

Speaking on behalf of the winning training combination, David Eustace was full of praise for Smokin’ Romans (NZ) and his partner.

“He is an absolute legend,” declared Eustace. “He’s been in work over a year and he just keeps turning up. He loves his racing and he’s just getting better and better.

“He’s a funny horse, he’s always had his quirks but he was really, really good today. He got a lovely ride and he’s a favourite in the stable. He probably was a little bit stiff [in the Bendigo Cup] but it’s a big thrill today.

She wins the Pakenham Cup in style! pic.twitter.com/HcNMqnfpEn